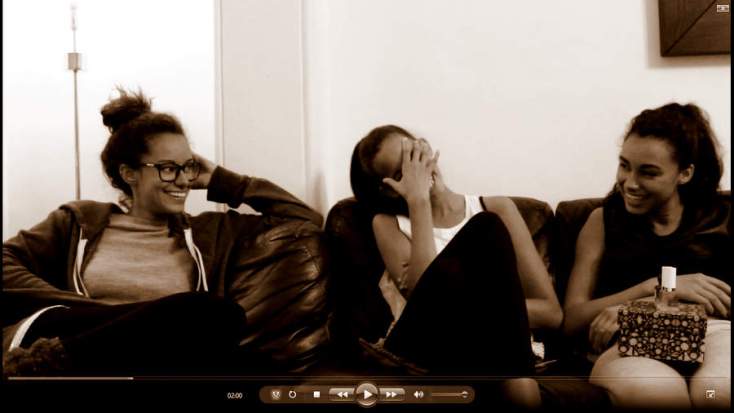 #girlsonfilm is a feature in which Prancing Through LIFE’s very own FILM, THEATRE & TELEVISION Editor, Hannah Oliver, recreates famous cinematic scenes in real life and then writes about them. The idea being to discover what happens when the fantasy of film is brought down to the reality of everyday life. That and to give Hannah the opportunity to act like a bit of a noob. 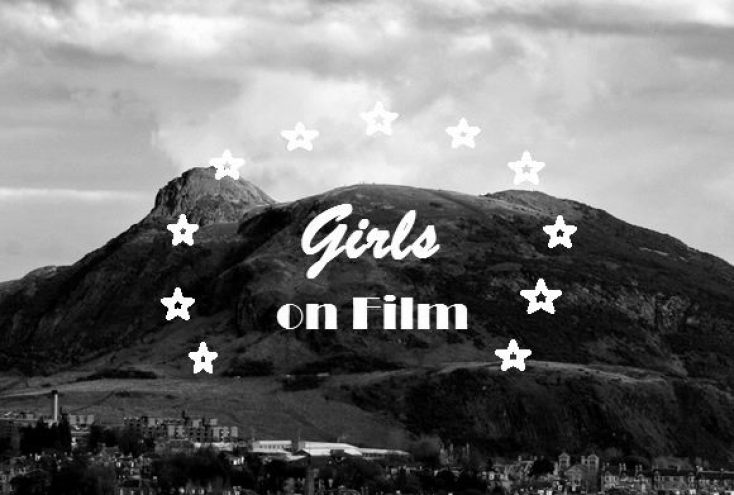 Anybody who has had the misfortune to engage in conversation with yours truly in – oh, I don’t know – the last four months or so, will surely have been subjected to a wax lyrical on Gogglebox. Channel 4’s BAFTA-winning series is an observation of the ins and outs of family relationships, an insight into the intimacy of private living rooms, a commentary on individual and public opinion… Ugh, got to stop already. Wow. Meh. Being arty-farty-pretentious about Gogglebox is like putting Prosecco in a Pot Noodle container and then using it as your crystal flute. Woe is the noodles. Gogglebox, to the best descript, is watching people watch TV. Boom.

Well aware that the concept sounds like the very pith of the cess pool of reality television, I have found it my duty to plough on in conversation, past the subtle raised eyebrow or blank stare, and justify my new-found love. Every Sunday (primetime TV spot, yo), our regular hosts offer their thoughts on last week’s broadcasts, and the results are variably heart-warming, hilarious and provocative. However, there ain’t no chatty man or well-groomed cheeseball: these hosts are “ordinary” families, couples and friends from within their own living rooms. Their opinions are recorded in real time, juxtaposed with clips of the newsreel, documentary or film they may be watching, and edited with knife-edge precision for perfect comedic timing.

Like the concept of the series itself, the best thing about Gogglebox is its ability to subvert your first impressions. There is a very deliberate focus on understatement and simplicity which creates the temptation to skim blindly over the expertise with which this is orchestrated (honestly – I speak with authority only from having learnt this to my detriment, the hard way. Persevere. I promise, I come to my point imminently). But here’s a nice little clip concerning Nigellissima from Youtube’s (limited) selection of golden moments to show what it’s all about, like:

I thought it would be easy to recreate Gogglebox. Set up a camera in a part of my house which is well-worn and perpetually occupied: the sofa. And simply record what is said. My sisters are, by now, used to being subject matter via my market research for #girlsonfilm. Put together, we represent a probable three categories of society: the brand-obsessed pre-teen, the cool teenager and the broke student. And, I am proud to say, we have reached a point in our relationship where we can hold a coherent conversation with one another without descending into either hysterics or cat fights. They’re quite witty, really, if I may say so myself. Bob’s your uncle. What more do you need for an entertaining few snippets of televised reactions?

A great deal of skill, time, planning and organisation, actually. Over the rest of this article I’ve broken down my series of failures into everything Gogglebox gets right. And it’s so much more inception than watching people watch TV.

I suppose technicalities come first. The ins and outs of ensuring technology doesn’t fail is an awful sap of creativity. And I’m very bad at it. Plus I drastically underestimated the social lives of Isobel and Abigail, which were vastly more prolific and exciting than my own this June, it turns out. How sad. So, Gogglebox, I salute you, first and foremost, for ensuring that there are people on your sofas in the evenings, that your cameras are running, with batteries charged, shows buffered and memory capacity to spare.

The first half of my gigabyte allowance was taken up by sheer faff. Dead air watching Isobel drearily painting her nails (very badly) and convincing the boys to try to play at the off-camera computer in a quieter manner (impossible). I do not envy Channel 4 data-logging employees.

This sort of endeavour also requires a lot of thought in the way of sound mixing (thought which, again, I skipped right over in the run-up to my lazy #girlsonfilm preparation). So we bumbled along for half an hour before realising the television drowned out our audio. This was after spending some quality time (or wasted time, depending on which occupant of the couch you may care to ask) trying to compose the lighting and framing so as to artfully demonstrate our affinity to our much-loved and saggy sofa.

Eventually, I learned that this was precisely the opposite of Gogglebox efforts, which instead goes to great lengths to ensure the “natural habitat” of Sandy’s cosy Brixton flat, Reverend Katie’s homely, piano’d open plan and Chris’ flamboyant Brighton living room are exactly as they would be if you were to walk in on an average day, in media res. So, after much palaver, I left it well enough alone and Abigail was returned to her red blanket which had previously been deemed to “distract from the rest of the room”. I know, I’m a pernickety klutz.

This, one may argue, is rather the crux of Gogglebox’s success. Everybody has a favourite family. Our hosts are selected for their diversity, from across the UK, and what we may immediately assume is the reality TV go-to: a “big personality”. So we have the nicely-bracketed Kentish “posh couple”, Brighton’s gay friends, South London batty women, and fake-tanned Geordies. But this adherence to stereotypes has a way of subverting itself as we get to know the people who, it transpires, are selected not simply because they tick a nice representation box for the British population, but for their ability to be themselves, and not “characters”, in front of a camera.

Septuagenarian Liverpudlians June and Leon become so much more than two retired oldies whiling away the hours: Leon’s libido is the talk of Gogglebox, whilst June secretly revels in his outrageous comments with a wry shake of the head, a batting away of his wandering hand. Sandra may indeed drink out of a Pot Noodle cup, but it doesn’t take long to begin to notice that she doesn’t have to finish sentences – Sandy does it for her; they have been best friends for over forty years. The Siddiqui family out of Derby are far from “big personalities”: their quiet wit and soft-spoken interchanges are a much-needed opposite to the raucous, drunken debauchery of Steph and Dom, the B&B-owning, alcohol cabinet-toting instigators of the fallen sofa (see series 1, episode 4). Did I mention that Steph used to work for NATO? Hmmmm. We may also be an ordinary family with a couple of “did-you-know” fun facts, but, as we found, lacked the ease of “being oneself” with a fancy lens pointed at our fat pants, ice creams and funny faces.

Watching Wimbledon was fine, and parts of Gogglebox were fine, but at times I had forgotten I was watching a show with copious swearing, innuendos and occasional nudity with a twelve-year-old. If my mum had watched the footage back, she’d have something to say about my responsibilities, no doubt … and Abigail took it in her stride but clearly wasn’t used to have such conspicuous freedom. I suppose there are two ways to combat this: find a naughtier family, or plonk a camera in the living room often enough that nobody notices it’s there.

A few clued-up kids will have made the connection between the Wimbledon reference and the time lapsed since it was on – as Mr Prance can vouch, I have been sitting on this footage for a good few weeks now, deliberating over how best to present to you fine people (and, I’ll admit, being generally lazy and a bad person and getting caught up in other things). Clips? GIFs? A whole Gogglebox episode entirely of our own this sunny Thursday? I decided that, aside from the dead air, data-logging and sheer time involved in editing, the result simply wouldn’t be a worthy reward. Our dialogue (indeed, notably missing from this article) was good in part, but always involving in-jokes and lengthy digressions. Maybe when I have more time to fanny about with aeons of mostly useless footage, I’ll whip our jokes, deadpan and fat pants into something comedic and nuanced. For the now, rest safe in the knowledge that Channel 4’s Gogglebox is a prestigious work of art.

What have we learnt from film-life this week? The simplest things are often the best. Laziness never begets anything good (revelation). The British public are it, really.

Hannah Oliver is the Editor of FILM, THEATRE & TELEVISION at PTL. She studies English Literature at the University of Edinburgh and would like to think this an apt excuse for her tendency to be overly florid, pleonastic and long-winded (yeah, we couldn’t find a more pretentious word for long-winded). However, there are two things to effectively shut her up – coffee and/or chocolate. ’Nuff said.