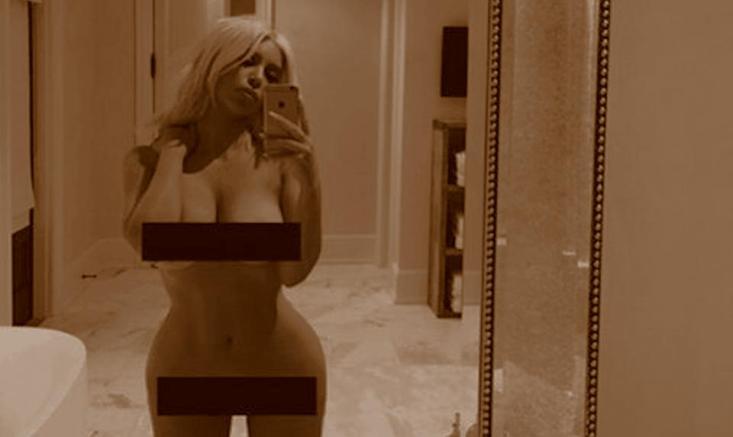 As I’m sure many of you know by now, Kim Kardashian uploaded a throwback naked selfie on her Instagram page. Whatever your opinion on the Kardashian clan, narcissistic exhibitionism in general, or nudity on the gram, the public response to this latest selfie is problematic. The insinuation that Kim K is contributing to the objectification of the female form by posting this photo must be questioned. 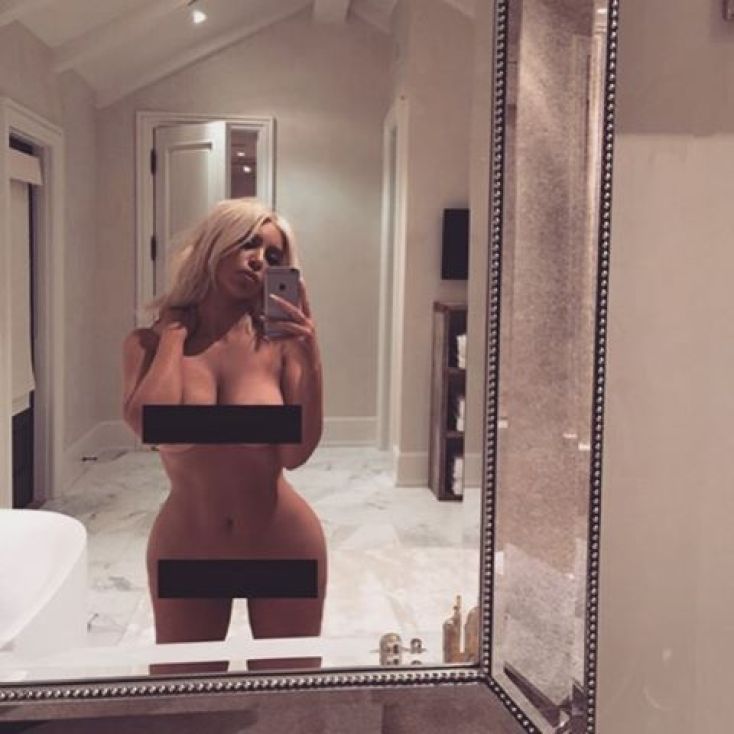 We are striving for a world where you don’t need to cover up or be ‘sexless’ to gain respect from men in whatever your field. There are a number of reasons why Kim’s selfie doesn’t encourage the objectification of the female form, and the main one that people seem to missing is that Kim Kardashian’s body is practically un-objectifiable. Yes, she may be famous for her body, but the thing about Kim Kardashian is that, as the world’s most successful reality TV star, we know everything about her as an individual. She cannot be objectified successfully because we know she has thoughts and feelings, a commercial empire, family, all off which – since it is such a huge part of her brand – we cannot disassociate from her appearance. Whether you think the material she puts out into the world is drivel or not is irrelevant. Her body is not an object, and it is not marketed victim to patriarchical voyeurism as we know from history. It is because Kim has packaged herself in such a way that her body is part of her public identity. We cannot remove it, visually or psychologically, from our view of her; she is free from objecthood. She carries too much context. 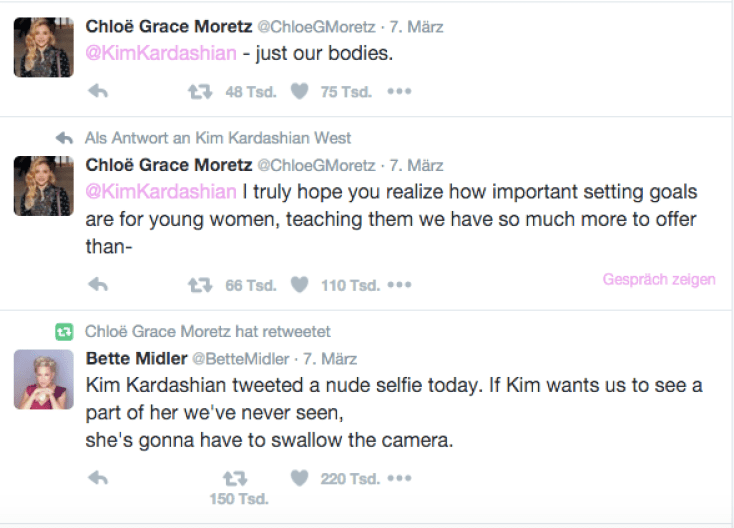 Chlöe Grace Moretz and Bette Midler’s comments on the selfie.

Furthermore, Kim’s naked selfie is un-objectifiable because it isn’t a nameless nude figure, or characterless, naked nymph from art history painted by and for men. Unlike those naked images, Kim Kardashian holds complete ownership of her body. The difference between Kim’s nakedness and a patriarchal representation of female nakedness? Control. Holding the camera herself, in front of the mirror, there is no one else is in the room. Therefore the viewer is confident, with Kim in full view of the image she is capturing, that she is in complete control. This fact and how the world sees it on her Instagram is something to be celebrated, not bashed. Yes, she puts herself out onto the internet and therefore invites opinion, but criticising Kim for choosing to post a naked snap seems to me to be taking two steps back. In fact having to state that women are so much more than just their bodies (as Chloe Moretz says) could be seen as insulting. It acknowledges ideas to the contrary – not very sisterly or empowering. Statements like Moretz’s not only implicitly accept a patriarchal regime, they also encourage women, to play within it: insinuating women should cover up. The message here is that this is a man’s world, and in order to be the best woman you can in it, you mustn’t show your body because that’s complying to the rules of the regime. But that’s where we’re going wrong: we should be trying to overthrow the regime, not finding other ways to be oppressed by it.

For some reason, a woman sexualising herself makes society uncomfortable, and yet second-party sexualisation of the female form is something so commonplace today that we barely bat an eyelid at it. At this point I’d like to mention the female body artist, Hannah Wilke. She was criticised for her radical narcissism by some other feminist thinkers, who had the idea that women needed to work within the visual logic of heterosexist patriarchy. The idea was that Wilke being attractive and posing naked might only encourage viewers to see her as a sexual object. Whilst this kind of thinking might have been necessary to make progress in the 60s – SURELY we have come further now? One would think we are far more aware of the historically patriarchal visual vernacular of western culture and do not need to communicate strictly within the realms of it. If we haven’t surpassed it (although I’m most sure that we have) I refuse to wait for it to change. If this regime is still in place, let’s break down the barriers of it together by refusing to play by its rules. No matter how narcissistic you think Kim’s selfie is, understand that whilst in the Greek myth Narcissus fails to possess his own self-image, Kim Kardashian has taken ownership of hers. 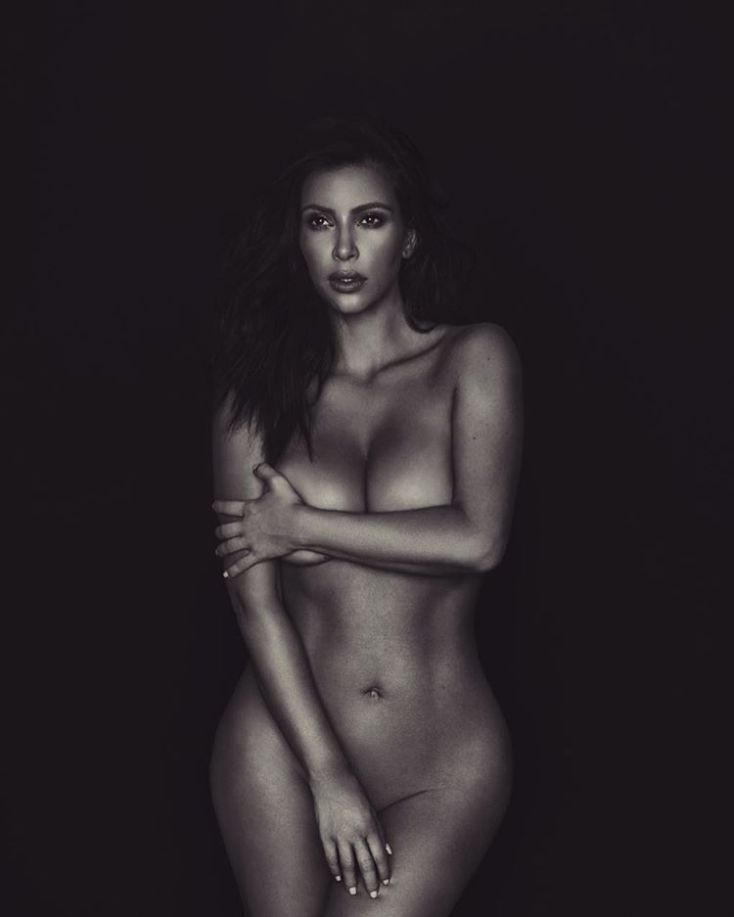 A woman proud of her body and in complete control of it is a good thing – it is progress; please let’s not regress by creating more double standards. Around midnight the day I write this, I learn Kim has issued a statement (here). Ironically, what could have been taken as just a revealing photo of one of the most famous people in the world (I say ‘just’ because everyone has already seen her body, if you want to see more of it all you need do is google it) has been transformed: now this is image is about empowerment. Its criticism has elevated this image to new heights, and Kim has done it again – she has taken complete control over her image, even after the criticism. For those saying woman should have the right to do what they want with their bodies: news flash, on the whole (in much of western society) they do! Especially Kim.

All that needs to change is our reception of it.

Isabella’s favourite food is cheese, her favourite drink is Dr Pepper and her favourite animals are dolphins. Her style icons are Miss Honey and Rachel from S Club 7. She really like maps and she hoola hoops in her spare time. The first boy she ever kissed went on to be a contestant on Eurovision. She got banned from Planet Organic. And if all that wasn’t enough, her middle name is Mary Blaze.