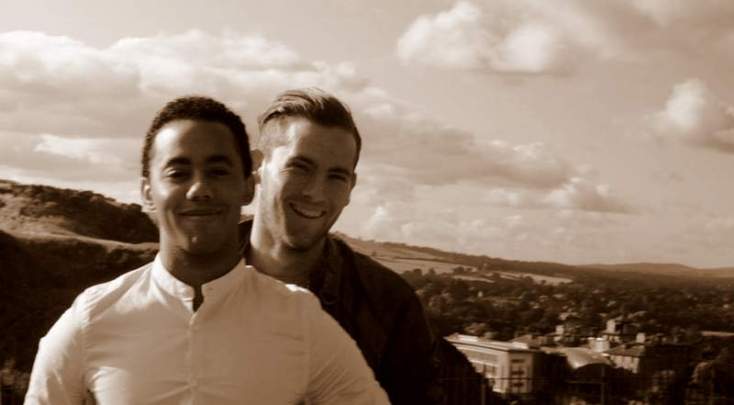 Having lived in more houses than my own age, I’ve never really associated home with any specific place. For a long time, I’ve interpreted home as more to do with people than with location. However, recently I’ve come to realise that for me home isn’t so easy to define. For me, home is dictated by experience.

The past two seasons PTL has focused on very specific topics.

In February last year we took on the theme of race and racism, specifically the racism which black people face. We did this in response to the numerous cases of police brutality directed towards black people in the U.S. and to explore how systematic racism continues to affect black people today – in the U.S., the U.K. and elsewhere. Rianna Walcott wrote on having others define her by her race, Lola Olufemi wrote on why she’s done defending her personhood and Bryan Valery wrote on his creole identity and the importance of exposing oneself to other cultures – to reference just a few. With the backlash towards Beyoncé’s recent video and Super Bowl performance celebrating blackness and critiquing police treatment of black people – it remains ever important that we continue to listen to misrepresented and underrepresented people, acknowledge the injustices they face, and act to improve the societies in which we live.

In November we took on the theme of gender and gender identity. We did this in response to the rapid rise of Caitlyn Jenner, both as a celebrity and a trans advocate. We thought it was important to explore this theme because, in spite of Jenner’s fast ascension to superstardom, many transpeople had reservations about someone white and rich representing and speaking for so many voices so far removed from hers. With this in mind, we used PTL as a space for those who don’t identify as cis to speak up on the issues they personally face. Juno Roche wrote on the lack of education policies concerning transpeople, Jacq Applebee wrote on black, non-binary erasure and Travis Alabanza wrote on the lack of writers they could identify with as someone ‘brown skinned, queer as f*ck, poor, and young’. These were just a few of the pieces we ran last season. Hopefully as we, and the media in general, continue to look to people who don’t identify as cisgender to tell their own stories and speak up on the issues they face, transphobia and trans stereotyping will cease to exist. Sadly there is still a long way to go, but in the interim, writers and actresses, such as Jen Richards and Angelica Ross, are taking matters into their own hands and the results are wonderful.

Her Story: a series that looks inside the dating lives of trans & queer women.

Whilst we will continue to act as a space in which people discuss race and gender, this season our focus will move to the theme of ‘home’, how subjects such as race and gender interlink with ‘home’, and what the concept of ‘home’ means to various different people. What does home mean to you? Do you find home in friends? Do you find home in family? Is home rooted in locality? Is it possible to find home in social media? Is it possible to find home in ART & FASHION, LITERATURE, FILM, THEATRE & TV and MUSIC? What is home to someone who has never lived in the same place for more than a few years? What is home to a first-generation child of immigrants? What is home to a refugee and in what ways do countries, such as the U.S. and the U.K., succeed and fail to provide homes for refugees in both a literal and a figurative sense?

We will aim to explore all this and more in this season of PTL.

As I mentioned above, for me home is dictated by experience. It exists in a myriad of ways. Today at 17:00 we will be posting an anonymous article about someone’s experience as the daughter of an alcoholic mother. In it the writer references how her mother’s alcoholism shaped her own experience of home. It’s an incredibly important piece and it addresses how the needs of children of alcoholic parents are rarely cared for and too often these children are forced to take on parental roles of some sort themselves.

Please take the time to read it, if you can.

Sam is the Editor-in-Chief of PTL. He likes adapting surnames into brand names and pretending to be professional. His possibility model is Janet Mock and he turns to Beyoncé interviews for guidance on the regular. Sam tries to make out that he has his shit together but more often than not can be found crying watching Desperate Housewives reruns. Some episodes are really sad okay.

(Image was sourced from: here)