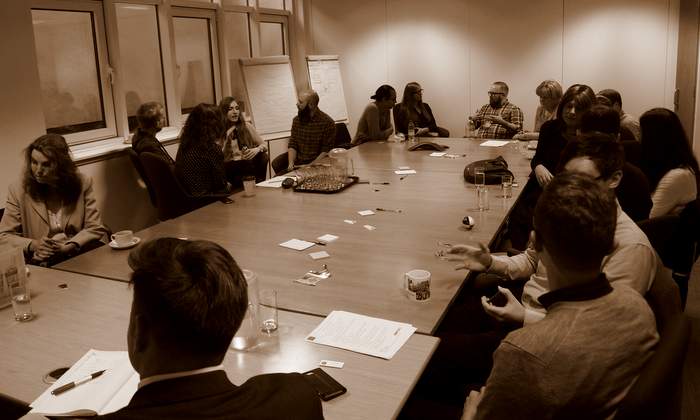 We need more understanding in schools and most importantly better policy. Trans Lives acts as an introduction to #gendercation: a new feature for PTL in which people who don’t identify as cis discuss their experiences of education and how their schools, unis and alternative educational systems failed or supported them.

By rough analysis of the available data it is considered that up to 2% of the population could be transgender (identifying somewhere on the trans spectrum). An average secondary school with a sixth form that has about 1000 pupils on roll is more than likely to have at least a handful of pupils who are trans or consider themselves to be non-binary. Currently around 40% of all trans children disconnect from education when they are not afforded the opportunity to transition. This is hardly surprising seeing as the trans journey through school, when hiding deep within a shell, is utterly horrid, painful and often rife with bullying and sadness. Up to 80% of all transgender youth say they experienced bullying at school.

I worked as a teacher, at secondary and primary schools for over eleven years. During that time I had many different educational roles; classroom teacher, Head of Faculty and Assistant Head Teacher. I was also a trans woman who transitioned in post. My experiences are fairly well documented but in short ranged from abysmal to wonderful. One thing that was consistent throughout, however, was a complete lack of embedded policy. Since leaving teaching I have gone on to do trans advocacy work in the education sector helping to support the process of transitioning in schools, writing policy and advising at all different levels on education matters that do and could relate to transgender lives. I also focus on the impact of gender stereotypes on pupils and how this may affect transgender pupils.

A pupil expressing themselves honestly and authentically is a happy, positive pupil who has the chance to move through their educational life with ambition and aspiration. Often when I go into schools Heads and senior leaders say to me: “we don’t have any transgender pupils.” I tell them, “you do but you haven’t yet made it safe for them to express themselves so they sit silent and unhappy.”

I recently took part in a brilliant initiative at the Department of Education with the GEO present. The interaction was jointly run by All About Trans and Diversity Role Models; two organisations who are constantly working to improve the general perception and experiences of trans people in all walks of life; education, the media. All About Trans was the positive energy behind the BBC Two sitcom ‘Boy Meets Girl’. 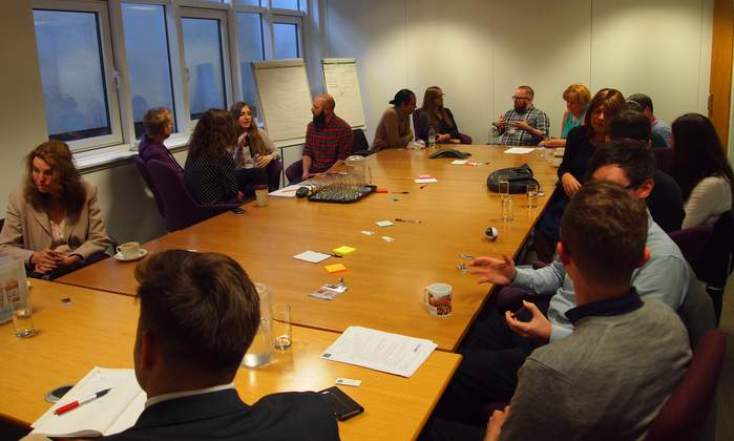 All About Trans in talks with the Department of Education.

The purpose of the informal interaction was to share experiences and learn about the issues that trans pupils and teachers face in our schools. As a teacher who transitioned in post and now supports other teachers, pupils and different educational structures, I felt it was an interaction where I could share some personal experiences and also put across some possible action points to enable senior leaders in schools to be educated. In my experience people behave badly usually because of a lack of knowledge and language.

The interaction followed a structure whereby volunteers from All About Trans and Diversity Role Models buddy up with an employee from the Department of Education or Government Equalities Office. It felt positive, there were some genuinely harrowing and sad experiences recalled by the trans and non-binary volunteers, bravely sharing so people could learn firsthand quite how devastating seemingly small domestic choices can be. The issue of a pupil being offered a male part in the school play when they identify as female; the issue of a boy being refused access to the boys’ toilet because the school refused to acknowledge them as male. That boy waiting for the whole day to use the toilet; day in, day out, in considerable pain.

The experiences shared had a real impact on the members of the Department and questions around ‘believing’ pupils and ‘accepting’ their choices as authentic seemed to promote genuinely positive debate that could enact change. A couple of key things came out of the interaction.

Firstly it seemed a common thread that policy, good policy, could and should underpin both the lives of trans students and teachers and the process of transition.

Secondly, it seemed clear that most people have little personal experience of trans lives and trans experiences and that in some way making more connections between the education and trans communities seemed vital to creating both respect and understanding.

A number of us present made positive connections and will continue the work in our separate roles. In my work I go into schools to support both teachers and pupils transitioning and campaign to ensure that policies, from the top down, are keeping pace with the changes in our culture. I have a gained a deep insight into a wide range of different trans experiences within the education sector and more often than not ignorance and fear drive responses towards transpeople. Heads sometimes act badly because they are just unsure of quite how much the law supports them in acting fairly.

One of my key aims now is to get set in place government advice and information to all heads, whether they be in Academies, Free or Community Schools which sets up universal standards and best practice models.

I know from my own poor experience that very few people act from a place of prejudice, more often than not they act out of ignorance. When they do, however, it is both terribly harmful to the person involved but also to the school community because the school has a right to be made up of a diverse range of people. Otherwise who will inspire the young trans pupils? If trans teachers are bullied out of their jobs what message does it send, and how can the school possibly claim to protect all of its pupils?

As it becomes culturally more acceptable to express your authentic gender at a younger age, it is an opportunity that schools need to prepare for in order to ensure that policy keeps up with cultural change.

We are at a chicken and egg moment.

Juno Roche is a Trans Activist, the co-founder of TransWorkersUK and the co-founder of the Trans Teachers Network, who first came to prominence when she made a key speech about trans rights in education at a national conference, the speech trended on Twitter and enabled Juno to access a much wider platform for her strong message about trans rights in the workplace and especially within the education sector. She has since gone on to talk at most major conferences and to deliver training to companies such as Hogan Lovells on the rights of trans people at work. Juno regularly goes into schools to support teachers and students transitioning. Her work has been recognized by both the trade union movement, she was given the Blair Peach Award this year for outstanding contribution to equalities and also appeared on the Rainbow List and the World Pride Power List.

‘Trans Lives’ was sourced through: All About Trans.

It is also a part of Season V of PTL which is run in association with: All About Trans.