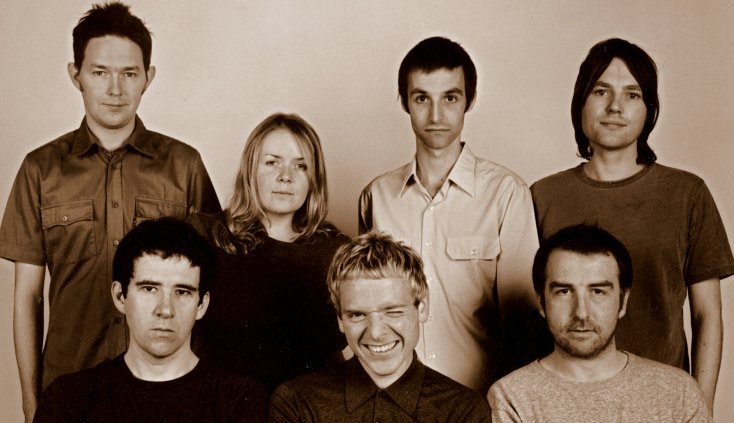 #mydreamfestival is a feature in which we ask our readers and contributors to curate their dream festival line-up through four, unique categories: big headliner, promising newcomer, amazing DJ, curveball.

On my weekly Fresh Air radio show ‘Hanging out with Ramona’, we celebrate a wide range of musical tastes. There is no shame here, we play Disney and Scandinavian Heavy Metal. Dolphin sounds, pan pipes, and harmonica tunes are all welcome on our airwaves. But for my dream festival line-up I’ve chosen some particular darlings for y’all to enjoy.

BELLE & SEBASTIAN – I first heard the Scottish indie pop band, Belle and Sebastian, on the Juno soundtrack about eight years ago and have been obsessed with them ever since! What I love about their music is that it sounds so cheerful and carefree, but when you listen to their lyrics there are darker undertones; it really suits any mood. My dream of seeing B&S was finally fulfilled last summer, when they performed a fantastic set at the Edinburgh Corn Exchange after a screening of God Help the Girl, directed by Stuart Murdoch. B&S have recently released their ninth album, Girls in Peacetime Want to Dance, featuring Murdoch singing about his personal experiences with chronic fatigue syndrome over synthesised pop dance grooves. If they were to headline my dream festival I’d want them to finish on my personal favourite: ‘Judy and the Dream of Horses’.

JAMES VECK-GILODI – Comparing a contemporary artist to Morrissey seems like a bit of an oversell, especially as The Smiths are one of my favourite bands and I am hopelessly in love with him (if you’re reading this hit me up). However, lyrically I find that the poignancy and honesty of James’ music is reminiscent of the slower, more thoughtful songs that Moz has produced over the years. With a large folk influence, James could also be compared to the likes of City and Colour and a certain beautiful melancholy similar to that of the National. Starting out on a solo project at the end of last year, the lead singer of the rock band Deaf Havana has both a beautiful voice and great potential as a songwriter. It’s always refreshing to see an artist bare their soul through their music, and James does so almost effortlessly.

DILLON FRANCIS – Dillon Francis is one of my favourite artists to see live, and I have had the pleasure of attending his gigs twice now. The style of music he represents, known as Moombahton, is an innovative form of EDM with thick bass lines and dramatic builds, which comes across to an audience as both exciting and fun. His personal style is cool and quirky, and he is an open advocate for pizza and cats too; everyone likes pizza and cats, right? He doesn’t take life too seriously, and this is definitely reflected in his music and live shows. He always has the most energy, and this clearly reflects on the crowd. A girl even threw a My Little Pony toy at him in Manchester, and if that is not love I don’t know what is. Dillon has worked with some big names in the industry, including Brendon Urie, who provides vocals on new single ‘Love in the Middle of a Firefight’, as well as EDM stars such as Martix Garrix, DJ Snake and Major Lazor. If you want to get up on your feet, yell, and dance around, then Mr Francis is the man for you.

JOAN BAEZ – Joan Baez definitely falls into the category of ‘badass, inspirational ladies’ (yes, I have a list). During the Vietnam War, she calculated how much of her taxes went towards its funding, and refused to pay it. ‘Moan along with Joan’ is apparently the unofficial tagline of her shows. She is also a major reason why you have ever heard of Bob Dylan. In other words, she is awesome. The folk style she embodies often gets a bad rap, but Baez has the gift of infusing her magnetic performances of beautiful ballads with a political dimension. From the 60s onwards she has protested against racism, warfare, and women’s oppression. She perfectly combines the freedom and sense of possibility hailed by the 60s era while still maintaining a sense of engagement in opposition to vacant ‘hippy-ism’. Her voice is emotional and strong, with a mesmerising sense of purity. ‘Donna Donna’, ‘Mary Hamilton’, and a cover of Dylan’s ‘Boots of Spanish Leather’ are just a few of her songs I like best. Look up clips of her performing on YouTube, become one of the idealistic hip young things in the captivated audience, and dream of changing the world.

F(Ra)nkie, A(m)y and I(ona) are the collective of Ramona, with a radio show every Tuesday at 9pm on FreshAir.org.uk. Their show is based around ‘hanging out’, it’s the most chill way to do things on the radio. They have even hung out with the Edinburgh Uni Library Cat. They got their collective name by moving around the letters of their individual names on fridge magnets and they got Ramona! Hanging out with Ramona at the dream festival would be a killa radio show!