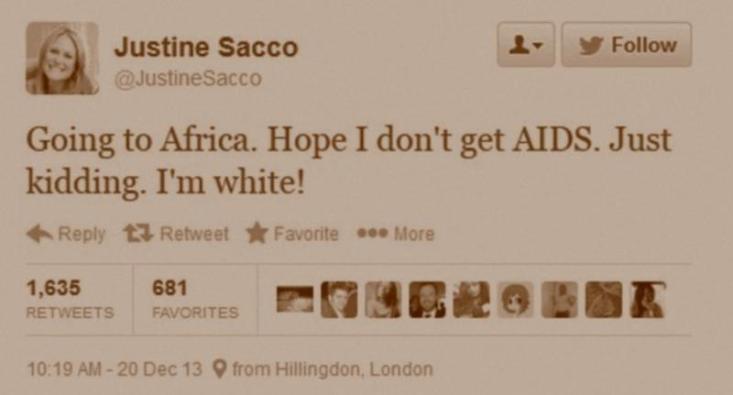 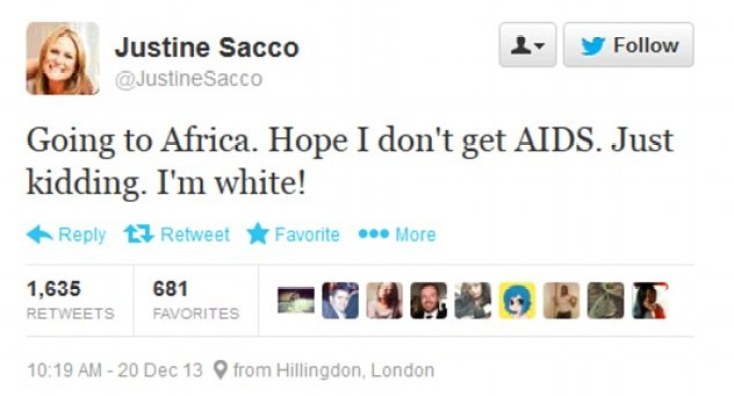 Titled, ‘How One Stupid Tweet Blew Up Justine Sacco’s Life’, writer Jon Ronson attempts to illustrate how swift, scathing and voluminous responses to prejudicial remarks on social media can have a life-damaging impact on the person to whom they are directed. At first, Ronson admits that he used to be in favour of what he refers to as the “online takedown”. He mentions using mediums like Twitter to articulate his disgust at tweets which were discriminatory and happily led many of these takedown mobs.

However, Ronson began to reconsider his passion for online takedowns when, in the midst of one, he received a tweet asking him whether he was a bully at school. It was a turning point for him. He suddenly realised that the people on the receiving end of these public defamations were human beings with a life, responsibilities, hopes, dreams and aspirations just like him.

The realisation prompted him to refrain from engaging in what he perceives as the 21st century’s answer to the frenzied and morally driven witch-hunts of yesteryear. He started to question whether any of these public shamings did any good. He wondered whether his idea that these online takedowns contribute to ‘hierarchies…being dismantled [and] justice…being democratised’ was actually true.

Upon reading the first few paragraphs of the article, I was in agreement with Ronson. It’s come to my attention that the online takedown has become a spectacle in which we compete to see who can showcase their best outrage and progressiveness within 140 characters. I’ve come to believe that we use social media as a way of dealing with the helplessness we feel when we’re made aware of the struggles minority groups face. As a coping mechanism for our perceived failures, we pick on those who may not be as skilled as we are in masking their bigotry. We languish in our false sense of pride when we learn of another bigot’s downfall.

Yes, go us! We stuck to the man and all of that fight-the-power jazz!

Ronson is right in saying we live in an age where social media is used to ‘manipulate our desire for approval’.

There have been times where I’ve used the mediums to chastise those who weren’t as fluent in ‘oppression politics’ as I thought I was. I cannot deny the bursts of excitement that I’ve felt when a preachy Facebook status of mine got a lot of likes. I will shamefully admit that I’ve done many a suppressed booty hop in the library when my activist-y tweets are favourited by one of my faves. I’m aware that I am a hypocrite in many respects. I’m a flawed individual who allows ego, moral superiority and my mild Messiah complex to get in the way sometimes but I also care about the issues on which I write and do activist work.

However, if I’m going to critique and call others out, I need to do so without a shred of superciliousness because we all make mistakes. We all fuck up. We’re human, after all.

Bear with me, I’m only human.

Nonetheless, the admission of my own shortcomings doesn’t mean I had no problems with Ronson’s use of Sacco as the poster child for the perils of the online takedown. Before her online takedown, Sacco had a history of tweeting discriminatory, offensive and frat boy-esque things about oppressed groups.

From her ableism (‘I had a sex dream about an autistic kid last night’) to her making light of rape (‘Someone get the rape kit ready for Tom Brady. Go Giants! #SuperBowl’) – it’s safe to say that Sacco’s humour was offensive. Or hipster racism as it’s often called. Popular with people who truly believe that their liberal-ish politics, Black/Asian/Hispanic/Jewish friend and love of Neil Patrick Harris incubates them from being called racist, homophobic and shit person-ist when they’re being racist, homophobic and shit person-ist. 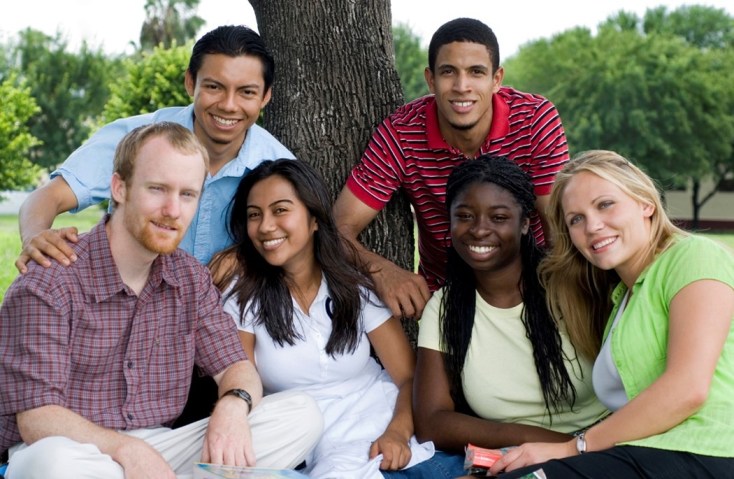 Some of my best friends are [insert minority here].

And that is exactly what happened to Sacco on that fateful day when she embarked on a trip to South Africa. Maybe she thought the handful of Black people she’d interacted with throughout her life meant she couldn’t be racist? Perhaps she believed that her family’s alleged support of the once Nelson Mandela-led African National Congress (an irrelevant fact mentioned by Ronson) prevented her from being guilty of the notoriously racist attitudes of the good ol’ Republic? Whatever it was, Justine Sacco thought it’d be an okay-ish idea to tweet this: ‘Going to Africa. Hope I don’t get AIDS. Just kidding. I’m white!’

Upon touching ground on the disease-ridden Dark Continent, Sacco switched on her phone to find that her tweet had gone viral and the PR company for which she worked had fired her. Thereafter, she describes descending into an awful depression. Not only had the internet shamed her, but her family and friends were disappointed by her actions. She states that her chances of future employment were ruined, she has cried her entire body weight and has long dismissed the possibility of romantic relationships.

I would not wish such suffering upon anyone. However, I feel somewhat conflicted over expressing pity for the situation Sacco currently finds herself in and critiquing the article’s representation of her and what I perceive as the justification of her actions. Ronson argues that Justine Sacco’s tweet was not so much racist but ‘a reflexive critique of white privilege’. It is a comment so absurd that I’m contemplating sending Ronson a vlog explaining that a) white privilege is a direct product of racism so go-figure; and b) saying that white people are immune to catching a disease which disproportionately affects Black Africans promotes white supremacy and upholds the absolute purity of whiteness.

Moreover, white people do not get to determine whether ‘jokes’ directed at people of colour are offensive. It is up to people of colour to decide what offends them or not. So on that one, take a seat Mr Ronson.

Furthermore, Ronson’s choice to present Sacco as a victim of her own privilege is, ironically, an exercise of white privilege. The fact that he has framed the backlash that a wealthy, blonde white woman received from tweeting something racist as a fall from grace is telling. In his eyes and those of society at-large, white women are the ideal victims. The damsels in distress, if you will. They’re the people for whom we must feel sorry when their actions result in overwhelming condemnation. They’re the ones who men of all races, classes and sexual orientations feel the most inclined to protect.

What’s also indicative of the author’s own privilege and prejudice is the article’s focus on the online takedowns of two white women: Lindsey Stone and Justine Sacco. It otherwise failed to mention how many women of colour, particularly Black feminists both cis and trans, who suffer and have suffered much worse treatment for doing something that’s actually positive and effective.

Just last year, some of the baddest badass Twitter feminists took a public break from activist-ing and feminist-ing because of the lack of recognition for their works and the online abuse to which they are subjected and from which they aren’t protected on a daily basis. Again, this confirms that the suffering of a certain group is always privileged whilst another is erased and given little attention even when it’s due.

Articles like these remind me of the underlying bias within the media. They remind me why public takedowns are necessary. These takedowns challenge a positon of privilege in society. They force us to confront how the narratives of certain groups are always prioritised at the expense of others. I do not advocate bullying in any shape or form. However, my disapproval of bullying does not mean that we shouldn’t engage in calling prominent people out on behaviour which we know is problematic.

I’m aware that everyone is a product of the society in which they’re born. But that does not mean we lack the agency to change behaviours which contribute to people’s oppression. At some stage, we’ve all participated in perpetuating the ills which continue to perpetuate people’s oppression. We’re all on a journey and some of us have been lucky enough to have our gaffes corrected within our own private lives.

For too long, those part of the hegemonic group have had the freedom to insult minority groups at their leisure. And even when they were called out on it, they were given the benefit of the doubt and allowed to make ‘horrible mistakes which they will live to regret’.

As oppressed people, we are now at a point where we want to define what offends us on our own terms. The reason why I approve of online takedowns is because they offer subordinated groups a platform on which to articulate their thoughts and present the lens through which they view the world. That Sacco’s life was affected badly by this incident is by no means good and I sympathise wholeheartedly with her. However, my sympathy does not mean I condone or pardon her ‘edgy’ racism.

Unlike Ronson, I believe that we can live in a world in which online takedowns serve as a powerful means through which we challenge the dominance of certain voices in society.

If used for the right reasons, online takedowns can force those in power to come to terms with their own bigotry and rectify the imbalances and inequalities in the world. I believe that we can use social media to create movements which enforce tangible change in society and benefit the lives of all.

Khanya Mtshali is an aspiring get-a-job-after-uni-ist because that’s the best she can do right now. However, when she isn’t shitting bricks about the future, she likes talking about her love for vegan chilli and Solange’s life on Instagreezy. Khanya also enjoys curling up with a good book and watching Come Dine With Me because it makes her feel like a grown-up. When she isn’t attempting to write stuff, she can be found working on a cure for her severe case of resting bitch face.