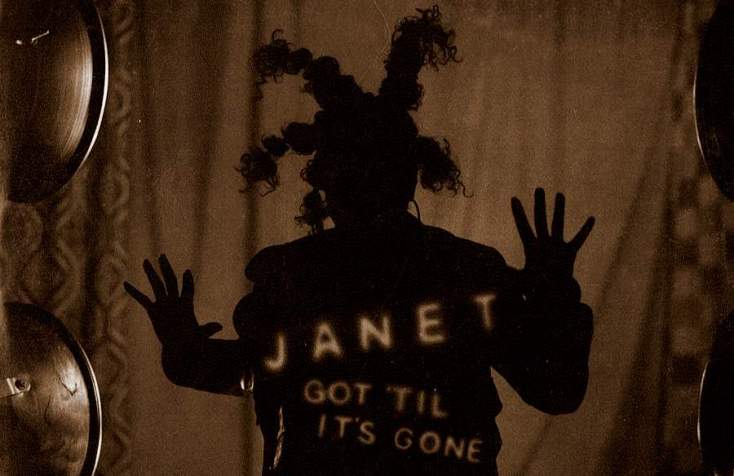 #fivesongsthat is a feature in which someone selects and discusses fives songs that…do something collectively. Political, personal, perhaps a mixture of the two – it encourages people to consider what certain tracks might represent when placed together. That and it gives us a chance to indulge in some great music.

Hello readers of PTL, and welcome to our Music Section.

To introduce ourselves, we toyed with the idea of writing a bit about ourselves, and what we’re all about, but as Music Editors we decided instead to let the music do the talking. Below, you can find out #fivesongsthat introduce us to you. The songs below go someway in describing our love of music from all ends of the musical spectrum. JF is me, James Fyfe, and EC is Elizabeth Clarke – our wonderful Deputy Editor of this section. The tracks alternate between us.

We hope you enjoy the MUSIC section of PTL as much as we’ve enjoyed our time putting it together thus far. We’re all in for a wonderful, musical voyage of discovery!

I first fell in love with the work of Janet Jackson aged four. It was 1997, and my Mum had just purchased the ‘Together Again’ CD single from Our Price and would not stop playing it. It may seem strange that I’m able to remain such musical intricacies from over 15 years ago, but I truly believe my musical obsession is rooted within my ability to relate some of the most pivotal moments of my life to the music I listened to at the time. Music to me isn’t just an accompaniment to my life – it has shaped, and defined it.

Janet Jackson is, hands down, my favourite popstar of all time. Her records have inspired the work of some of my favourite artists, and her music still sounds as fresh in 2015 as it did when it was first released. The Velvet Rope is full to the brim of amazing pop music, much like the large majority of Janet’s back catalogue, and if I’m honest, my favourite is ever interchangeable. ‘Empty’, ‘Go Deep’, ‘I Get Lonely’… the list of amazing songs is endless. Yet, it’s ‘Got ‘Til It’s Gone’ that seems most appropriate to list here. From the amazing video, to THAT Q-Tip verse, it perfectly encapsulates the mood of the record from which it is lifted, and the artistic brilliance of the artist who performs it. JF

This has never been an appropriate song for me to chart as an all-time favourite. It is about ‘whores’ in Black Francis’ bed. However, I distinctly remember walking to school one day in Year 8 and fully realising how bad-ass The Pixies were. I assessed, after a few more listens, that this could be the first song I really liked and that I probably wouldn’t get bored of within the month. And 13 year old Liz was correct, ‘Hey’ has stuck with me far longer than anything from 2008’s Soulja Boy or Leona Lewis. It truly is my favourite song.

The first thing you hear in the song is Francis shouting ‘Hey!’ and this showed me how brilliantly honed his style as a screamy and weirdly lyrical lead singer was. It has served me well whenever people have asked me about my favourite song; it’s a safe decision. People who know music respect the choice. People who don’t know music, gauge from other people’s positive reactions and also respect the choice. Everyone also concludes that I know about music. Which (I think) I do, and which is thanks to The Pixies. The Pixies helped open my eyes to a whole wealth of 80s/90s rock. It also revealed to me the wonders of MBV and Sonic Youth – other favourite bands of mine. Last summer, I went to see The Pixies at the Eden Project. The sun was shining around all of the domes and it was perfect with The Pixies playing ‘Hey’. EC

My Mum was quite the disco diva back in the 70s – I’ve seen the pictures to prove it. Naturally then, she raised me on the music of Sister Sledge and Earth Wind and Fire – and that’s just the tip of the iceberg. I could have picked anything from a whole heap of records to demonstrate just how much of an influence she has had over my musical taste, but I’ve picked ‘Saturday Love’ as it’s a record that has surged back into my consciousness as a result of its numerous spins at disco-soundtracked club nights across the country.

If I’m honest, hearing this track and Patrice Rushen’s ‘Haven’t You Heard’ within the same twenty minutes on a night out was probably my highlight of the three years at University. (I’m joking. Maybe.) JF

I often get addicted to songs – I am a total song-killer through over-play, so it is rare that I find a song that’s appeal doesn’t wear off after a few hundred plays. ‘Something’ is one of these anomalies – it is just fantastic and impossible to get bored of. It’s off the Snarky Puppy Family Dinner Vol. 1, a record made up of live sessions; and this just makes it so much better. I can just feel the warmth and the groove of all of the performers on the song every time I listen to it.

When the fast paced funk and jam of the song culminates, I get shivers, each time, without fail. Lalah Hathaway is also an incredibly talented singer and has an impressive two-note talent some people really don’t care about, but I think it’s great. I feel like my attempts to write about this song does it absolutely no justice. Go and listen to it! Warning: whenever I try to tell people about this song, everyone is underwhelmed… I don’t understand why or how. But, even with these put downs, I still think it is a worthy song to select in my top 3. EC

My Dad loved pretty much every type of the music available in some capacity – and it was this appreciation for a versatile mix of musical styles that he instilled within me. I remember one grim Saturday afternoon –  at some point in the early ‘00s – my Father dragged me around a shopping centre in South East London on an endless search for a Sex Pistols album he wanted to add to his collection of records. When we eventually found it, it was part of an offer – so he bought a Pet Shop Boys album and allowed me to buy a Sugababes single. In short, it is probably him who I have most to thank for my love of music of pretty much any genre. I’m a musical optimist – I try to find the good in everything.

Anyway, I love Slaves. They’re fresh, they’re innovative, and they’re a really, REALLY exciting prospect for the future. The first time I heard ‘The Hunter’, I remember being bowled over by just how HUGE it sounded. I also thought firstly, how much my Dad would probably would love it if were still around, and secondly, how much I wanted to do it at a drunken karaoke session. In short, Slaves are making amazing music and I think it’s important to demonstrate just how important amazing music is. For me, as I begin my time editing MUSIC for PTL, I’ll hope to work with one core mantra – good music prevails every time. JF

James is the Editor of MUSIC at PTL and Liz is the Deputy Editor of Music at PTL. James enjoys watching Question Time on Thursday nights, going out on Fridays and watching as many awful films on Netflix as he can. Liz enjoys radio podcasts, hip-hop and slang she can’t quite pull off. If James won the lottery, he would create a musical based on the works of Janet Jackson. Liz would support this decision.