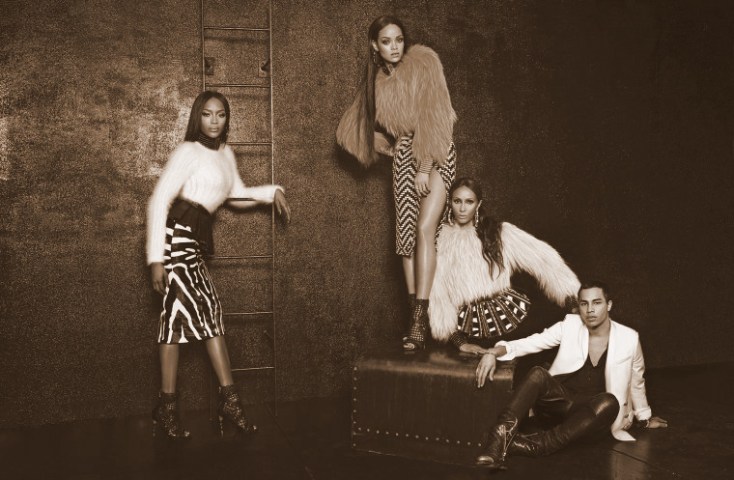 The list goes on and is mostly male and, bar Alexander Wang, entirely white. This is no shortcoming on Google’s behalf – despite fashion being an international, undoubtedly rootless industry, at its highest end it is alarmingly white. When Olivier Rousteing became creative director at Balmain in 2011, he also became the only black person to head one of the major fashion houses. 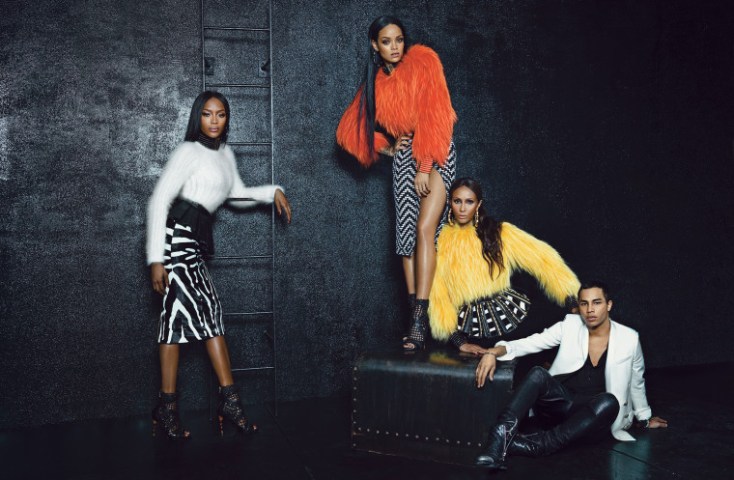 Rousteing in W magazine with Naomi Cambell, Rihanna and Iman.

The issue of tokenism in fashion campaigns and on catwalks – the token Asian girl, the token trans girl, the token black girl – has been brought to the fore recently by the likes of Naomi Campbell, who in 2013 said she felt the industry had taken a step backwards in terms of diversity, and Jourdan Dunn, who revealed in her February Vogue cover story that she has often sat in on board meetings where the phrase “we didn’t show any black girls last season, we’ve got to make sure we do this time” has been uttered. And as fashion is so much about what you see, it’s easy to think that this is where the issue begins and ends.

I know that when I was younger, I definitely wasn’t aware of fashion’s problem with diversity. I was your standard white girl fashion worshipper, unquestionably ignorant of the racial inequality rife in the industry. It was only when Dunn herself became the first black girl to walk for Prada since Naomi in 1997 that I realised the pages of the magazines I devoured looked more like a Disney film from the 50s than the world I lived in. And, I admit, it wasn’t until much more recently that I realised the true extent of the problem.

The truth is that it is not just black models who are underrepresented in the fashion world – behind the editorials and behind the clothes black designers are simply not given the same platform for success or recognition as their white counterparts.

Stephen Burrows, one of the biggest talents and influencers of the 70s and someone whose designs have been worn by Michelle Obama, isn’t anywhere near as revered as he should be. On Vogue’s website, type in his name and you get one result. Type in Jean Paul Gaultier, who has been designing for the same amount of time as Burrows, and you get seven pages worth of results. Whilst this may not be the most sophisticated evidence, when it comes to the fashion industry Vogue tends to be a good place to start.

More conclusive proof is that Burrows has recently been featured in an exhibition at the Pratt Institute in New York, called “Black Dresses: Ten Contemporary Fashion Designers”. The exhibition, curated by Adrienne Jones (a professor at the institute) features ten black designers, some veterans like Burrows, and others relatively new, like LaQuan Smith, who has dressed Lady Gaga and Rihanna and yet doesn’t have anything like the level of recognition you’d expect to come with such a job. In an interview with Elle, Jones said “it’s pretty ridiculous that skin colour is still an issue in 2014… but it is”, saying that her and her co-curator’s aim in giving this exposure to the chosen designers was to “give people the opportunity to change their thought process and wonder why they haven’t looked into these brands before”. 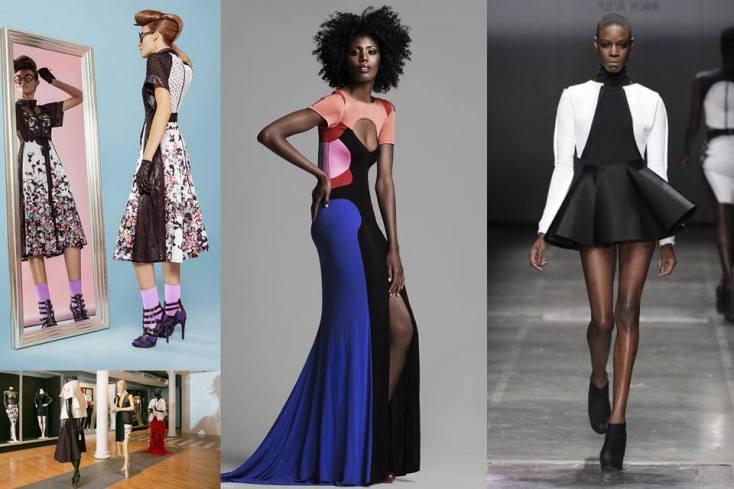 The exhibition and designs from Byron Lars, Stephen Burrows and LaQuan Smith.

According to Jones, magazine editors have a lot to account for when it comes to the lack of diversity, and I can’t help but agree with her and think of that scene in ‘The Devil Wears Prada’, where Meryl Streep tells Anne Hathaway that her ‘lumpy blue sweater’ was chosen for her by the people in that room. Fashion magazines are the judge supreme of the fashion industry and as such, the word of their editors is law.

And so often this word is used to champion undiscovered or oppressed talent; British Vogue regularly runs a feature on the new crop of British designers and several magazines recently have done whole issues on women in the industry – think of the effect of Anna Wintour doing the same thing that Adrienne Jones did with “Black Dresses”, but September Vogue. It would change the game completely, and not only that, but fashion would finally do what it has the potential to, and reflect the world around it.

As Olivier Rousteing said in his interview with Dazed:

Do you go to London, to Paris, to New York? I think you see as many black and Asian people there as white people. Fashion wants to be modern and reflect the street and talk to people but at the end of the day, they just talk to themselves. They don’t realise that the world is changing.

Rousteing, unsurprisingly given his genius, is right. When an industry is at its very core about what is current, it’s in real danger of becoming farcically insular if it doesn’t understand what the world is actually, currently like. So, here’s looking at you, Anna Wintour.

Hannah B is the Editor of ART & FASHION at PTL. When not thinking about fashion, she can probably be found writing about feminism or tending to her fringe. Whilst deep down she’d like to be Audrey Hepburn when she grows up, she’s realised with age that this is a rather complicated aspiration. As such, she’ll probably try and pursue something in publishing upon leaving the cosy world of education.