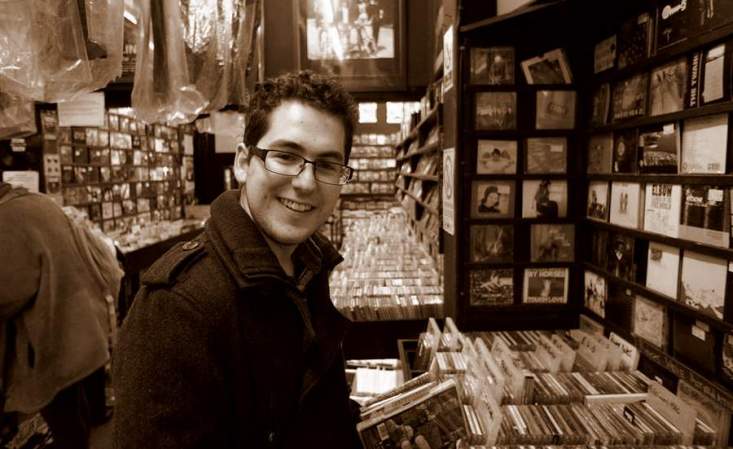 #mixtape is a feature in which we ask someone to send in a playlist of ten of their favourite tracks of all time and then get them to say a few things about each track – memories they associate with them, why they’re cool and so forth. The idea being to see what we can gauge from someone’s music taste whilst listening to some cool tunes. 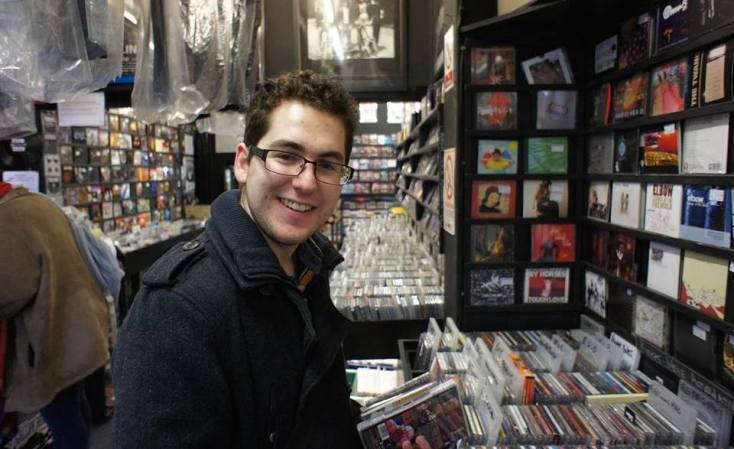 Music’s a funny thing. I was always brought up surrounded by music – on the radio, in the car etc. – but with very different genres always coming my way. With my Mum it was Radio 2, Celine Dion and a touch of Reggae. With my Dad: Bruce Springsteen, Iron Maiden, and Meat Loaf. So I always grew up with this idea that a piece of music wasn’t any particular thing you had to enjoy just because everyone else did (although obviously it still happened – looking at you Scooter).

With that in mind, I’ve always had a headstrong attitude with music, looking for it without the need of hearing it on the radio or any validation from others. Which is understandable, because some of the stuff I like is really weird. Nowadays I tend to try to uncover old gems or people who were never given an audience.

Nearly all these tracks have had a bit of time to reach their positions in this list (which was really bloody hard to put together). Looking at it, I think this #mixtape sums me up better than I could in words. Psychoanalysts, do your worst.

If I hadn’t limited myself to tracks from different artists, most songs would come from these guys. When I finally got my hands on their album front I listened to it at least once a day for 6 months solid. I’ve tried to work out exactly what it is that makes every song resonate so much with me, but all it ends up resulting in is me listening to their whole catalogue of tunes. I’ve picked this one because it has the best spoken word section of any song ever. Let’s just say they’re geniuses and if you don’t agree it’s your loss ok?

2. Running Up That Hill – Kate Bush

I will never ever ever tire of this song. I was lucky enough to see Kate twice earlier this year, and it was the best live experience I’ve ever been to. To hear all those songs live, in an amazing theatrical spectacle, was something very special. I remember the main reason I started listening to her was because my Mum really didn’t like anything Bush had done. I wanted to understand why – and to irritate my mum of course.

3. Keep the Streets Empty For Me – Fever Ray

I’ve always said to myself one day I will go out on a wintry night and walk the darkest streets I can with just this playing. So far I’ve been too chicken, but the intense feeling of coldness and that vague sense of danger this song conveys is just incredible. I have a big love of songs that are quite dark, but none are quite as oddly macabre as this one. Even thinking about it gives me the shivers.

This stays in my top 10 largely because it was the first song I ever thought I enjoyed and really did (sorry 2 Unlimited). I remember being sat in front of Top of The Pops when I first heard it. I always waited until the end to watch the one music video they played, as it was the only way I ever got to see them. When this came on I thought to myself ‘yeah, this is cool’ and from there on in I was hooked on music completely.

I’m utterly convinced that somewhere in this song is the meaning of life. Tim Ten Yen is not the greatest singer, but he has a cat mascot, a Casio keyboard, and a snazzy suit (or at least he did). He also has a great way with a pop song – this one is as purely and unashamedly pop as you can get.

I picked up two of Max Richter’s albums back in 2008 on a whim, and since then have loved pretty much everything he’s ever done. This track is from The Blue Notebooks, and sits in the middle of the album like some strange frightening ‘thing’. There’s not much instrumentation, just the deepest bass you can think of. It makes the track feel like a living breathing entity – simultaneously frightening and fascinating.

7. The Past Is a Grotesque Animal – of Montreal

Teenage me would retreat to this song when I felt angsty. It’s 12 minutes of catharsis – the song is about singer Kevin Barnes’ girlfriend leaving him and moving back to Norway with their child. Pretty heavy stuff. Lyrically, it’s a treasure trove – every line stands out. It was probably the first ‘long’ song I ever really made it through without losing attention (I was made for the Internet Age). The album it’s from, Hissing Fauna, Are You The Destroyer? was the album where I really began to appreciate good production too – there’s so much bubbling away under the surface that I still pick out elements I haven’t heard before.

I picked this up the same time as the Max Richter albums, although I wasn’t keen on this one at first. Why I don’t know. It’s half an hour of sheer genius – a simple piano line that runs through all sorts of amazing chopped and screwed samples and strings. The phrase ‘musical landscape’ is apt with this music – it feels like a journey of some kind through some amazing place. What makes it even better is when it sounds like it’s about to end halfway through – then there’s a whole other fifteen minutes to enjoy.

9. I Was Definitely Made For These Times – Hello Saferide

If I ever feel down, depressed, sad or just a bit lost, this track never ever ceases to cheer me up. I have no idea how I first came to hear it, or anything much about the band. All I know is that reminds me that no matter what I’m still alive and that things will work out. You should see me dance to it.

10. We Hate The Kids – The Indelicates

The Indelicates are the only truly fiercely independent band I have come across who actually mean it. Every single bit of their career so far has been exactly what they wanted to do. They’ve never been ones to shy away from any topic either, which I admire a lot. I had a little cadre of bands I would listen to obsessively when I was about 16/17, and these guys were in there. I loved how they wrote songs about something, not just platitudes or clichéd ideas. I mean who else writes songs about Patti Hearst or Unity Mitford? Anyway, this is my anti-anthem, and probably the best way to end this little selection.

Richard is currently “in between PhDs” at the University of Edinburgh. If he was working, it would be in the ever confusing world of Neuroscience, but for now he spends his time frantically reading papers, applying for positions and watching The Moomins. Elsewhere he is the postgraduate representative for Edinburgh PhilSoc, and hosts Millikan’s Drop on freshair.org.uk (Sundays, 1pm).