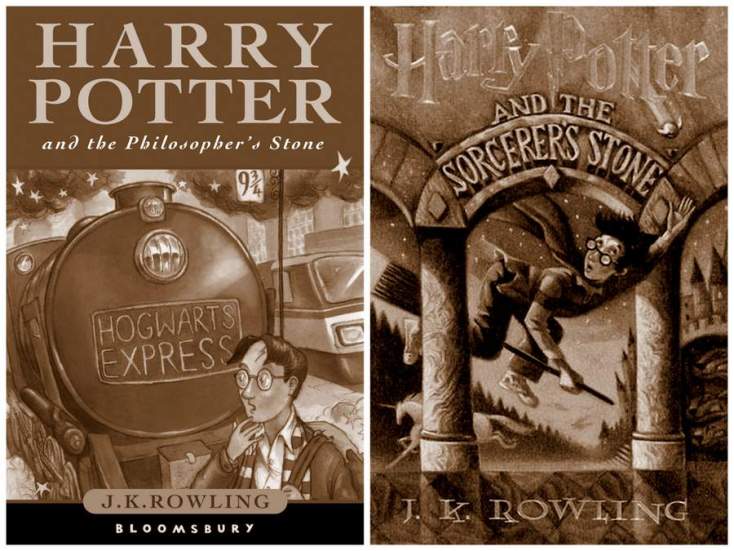 I enjoy the occasional stereotype (if the discrimination is turned on minimum, and the satire set on maximum): Posh Spice spending three hours deciding between one LBD and another, doing obstacle courses in stilettos; ‘African parent videos on YouTube? Painfully and hilariously accurate. So I’ll admit that as much as I try not to, I can’t help but indulge in some light stereotyping.

I definitely laugh when Michael McIntyre hilariously points out the (truly unnecessary) changes that have been made in order to distinguish American English from its OG British counterpart.

But all jokes aside – and jokes shouldn’t even be in the same room when we’re talking about literature – Americans are not all dumb rednecks anymore than British people all have butlers and sound like the Queen. And honestly I truly, firmly believe that () americanising fiction is something that does not need to happen.

Anyone who knows me can probably guess what I may have in mind when I’m talking about this and to my favourite American cousins, I do apologise: this is something you’ve been hearing since I first learned that Americans probably have no clue what Nicolas Flamel’s occupation was (if they thought American children couldn’t cope with ‘Philosopher’, surely they gave ‘alchemist’ a wide berth. 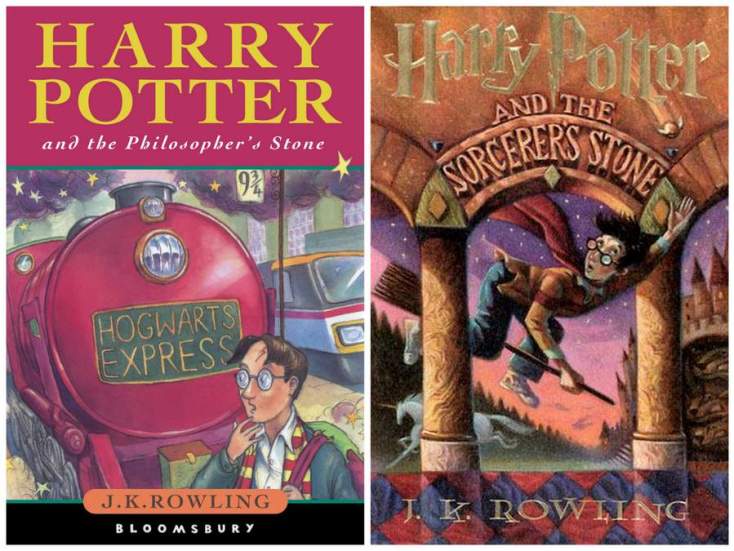 Here’s my point: there’s always a first time you hear a word. For every single word in your vocabulary, there was a first time you heard it and had no idea what it meant. It’s a universal truth. So when I talk about Americanising fiction and how it irks me so, I’m doing so because, hello, I’m not British either – Ugandan – and I managed to read and understand it just fine, thank you. Yes, I was taught in British English, but that’s not the same as growing up hearing and using their colloquialisms.

Harry Potter is about British children, going to a British school with British teachers. It’s about British people in the 1990s. Sure, cultures have merged more in the new millennium but 1990 Hermione would never say she ‘hooked up with McLaggen’ – I’ve actually had nightmares about this and am currently swelling with rage à la Aunt Marge. If you change the way a character talks, you change the character and you change the book. This, to me, is unacceptable.

The author chose specific words, because the author knows the character, knows the book better than anyone. You can’t screw with that! I feel an acute responsibility to force as many American fans as possible to read the British editions, because I genuinely think it’ll change their entire perception of the books. Can we all imagine a Ron that isn’t telling someone to ‘get out of it’?

Really? Would Americans really not be able to grasp what he meant by this?

And I’m not even targeting the little things. I’m very confident that if an American child read that Fred and George forced Percy’s knitted ‘jumper’ over his head, pinning his arms to the side, they’re not going to think the twins assaulted him with a human athlete or a kangaroo. We’re honestly giving Americans – and children, too, whose minds are so open to knew information – too little credit.

I had never heard the term ‘pop my clogs’ before I read Prisoner of Azkaban, but I managed to piece together that they were talking about death (difficult as it was), and so find the fact that the U.S edition has changed it to ‘kick the bucket’ totally unnecessary. THAT IS NOT SOMETHING HERMIONE WOULD SAY.

From a publishing perspective, I can understand why it was done – back then, at least, unhappy though it may make me – but I cannot understand why it’s still being done today. Why change Lynn Shepherd’s A Treacherous Likeness to A Fatal Likeness? Those words aren’t even synonyms!!! Do you really expect adult readers to balk at the sight of an 11-letter word? But in truth, this isn’t something that stops at literature.

I could go on about the truly disastrous American remake of Skins, but I won’t because it’s a sunny day and there’s no need to dampen my mood.

This is not about hating American versions of things: I love The Office, both versions. This is about literature. Words. Admittedly, I’m not a fan of their book covers (probably because Harry looks like a 12-year-old on the cover of Deathly Hallows and Fawkes like a chicken on The Chamber of Secrets) but design doesn’t bother me as much as messing with the author’s work: that is never okay.

Queen Rowling herself said it’s the one thing she regrets the most: allowing the change from ‘Philosopher’s Stone’ to ‘Sorcerer’s Stone’. Perhaps this is why she demanded an all-British cast (with obvious exceptions): to claim back the characters, to present them to American fans as they should be. And, if anything, the success of the films only proves my point: British as they are, they’ve been a global success, the likes of which the film industry has never seen.

The frustrating thing is, it doesn’t go both ways. British fiction readers accept American literature as is because it is American literature and it’s not anymore once you’ve removed everything that makes it American. Anyone interested in reading the British version of Gone With the Wind, featuring not-so-southern Scarlett? Me neither.

And it’s not the same as having a book translated into French because, lexical differences aside, English is English. My American friends who’ve read the British editions seem to have no trouble. So, yes, I’m going to keep on harping on about this until something changes.

After all this time? Always.

Sonia is the Editor of LITERATURE at PTL. She is currently undertaking an MA in Publishing at Kingston University, having graduated from Brighton University with a degree in English Lit & Lang. Education is cool. In other Sonia related info, she can turn any conversation into a game of Six Degrees to Harry Potter and is also a Beyoncé stan. Bow down bitches.