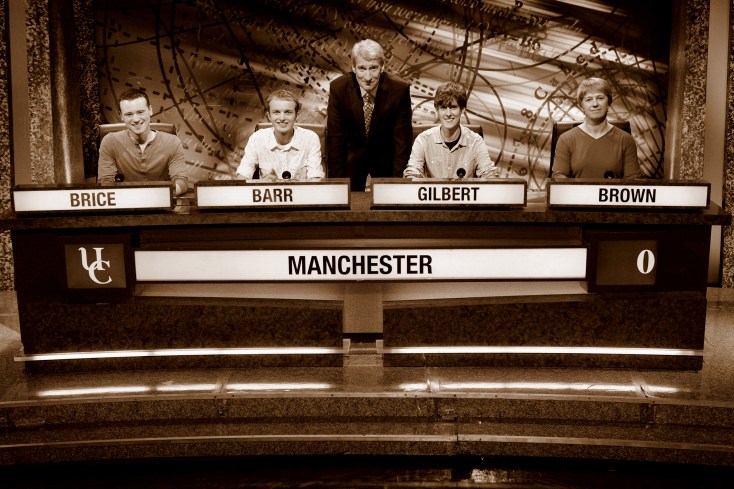 From the moment you start University every conversation with someone new starts with the typical questions, “what are you studying?” and ‘where do you come from?’ – to which everyone seems to reply, “just outside London,” which they don’t seem to realise doesn’t apply to Buckinghamshire or Surrey but that’s a story for another day. One phrase you don’t hear on a University Campus is “what are you reading?” The only people who ever ask that are that one aunt you have who actually went to university or Jeremy Paxman on University Challenge.

When I was asked to write a literature commentary, I realised that everything I have read recently hasn’t been by choice. Anything outside of my course that I’ve tried to read made me feel like I was cheating on my degree, that if I was going to do any reading it had to be relevant or should be from the long list of wider reading. Granted, I should be grateful; had I not been forced to read the majority of texts as part of my course I would probably never have got round to reading them. And yet…

Despite my deviation, the point I am trying to make is that when being asked, “what are you reading?” people never mean what are you actually reading at the time, what are you studying on your course, what are you learning about? And what would my answer be, anyway? I feel like since the start of University I have had little choice in the matter. I have read several short stories, poems and novels every week – none of which have been for pleasure and all of which I feel that I didn’t actually ‘read’. Reading has become a chore, it has become something that I have to do, reading something that more often than not I didn’t choose to read, didn’t enjoy and skimmed through to finish it in time for the seminar.

This issue first arose after I had finished my GCSEs and I was considering taking Art at A-level. I enjoyed Art and I was pretty good at it but I didn’t want it to become a chore and wanted it to stay as something that I did for pleasure. Throughout GCSE Art I slowly began to resent drawing, and my teacher for making me do so much of it.

Sure, some might protest that they love their degree far more than I do, that they happily read, draw, whatever, for both work and pleasure. But the last thing a chef wants to do when they come home is cook and hairdressers don’t want to look at, touch or talk about hair when they finish work – or at least that’s what the guy who cuts my hair says. What saddens me is that the most ‘pleasure reading’ I’ll probably do over the next three years will derive from Buzzfeed picture articles and the University’s Spotted Facebook page which I troll in the hopes that I will feature on, in between stealing Wikipedia references and doing the reading I should actually be doing.

The last thing I read was The Scarlet Letter, which is incontestably an American Classic. I’m sure Hawthorne will rest happily in his grave knowing that I thought it was a good read. But speed skimming the novel was perhaps not the best way to fully understand its meaning. I just can’t help but feel cheated for the way that a degree makes you read, that if I’d read The Scarlet Letter off my own back then I would have enjoyed it a lot more, and I don’t appreciate my lecturer telling me the kind of information about the author that I could have got from a simple Google search.

As I’m writing this I realise that potentially these are all personal issues that I have with my degree, my university, lecturers, lack of self-motivation and general life choices and there will probably be a note at the end of this article like the black inter-title you get at the end of a film to say that someone has died since, saying that shortly after this was written I dropped out of University. But then again, maybe it’s not just me: maybe university is romanticised. Isn’t it supposed to be an institution of intellectual curiosity, at the very least? Somehow this pseudo-studying is not the degree I had in mind.

Matthew is an American and Canadian Studies student at the University of Birmingham. He is a film buff and music obsessive (seriously, if he’s in charge of the music at a party, everything’s getting remixed). He recently came back from a year long round-the-world trip, in which he hung out with kangaroos, entered a few temples and grew a beard.