As a Swiss-Scot raised in Brussels, with separated parents living in both London and Munich, I was brought up without any real sense of national identity and I think I moved around a little too much to associate ‘home’ with any particular house or place. I guess l always feel safest, warmest and most welcome when I’m wherever my parents are. I am very grateful this is the case and consider myself to be very lucky.

Running away to Scotland gave me the chance to build an additional home of mine in Edinburgh, one entirely for myself. With neoclassical facades and ghost stories that jump out at you from every close and knitted alley, Edinburgh is a perfect place to dream through the lofty narratives of academia. So when I write, it’s usually about the city and my time spent here. Perhaps it’s an artificial attempt to create some sort of sense of a home that I no longer really have. But in writing about Edinburgh, I have immersed myself in its rich details and unique characters beyond the point of shame: home is where the Heart of Lothian is. 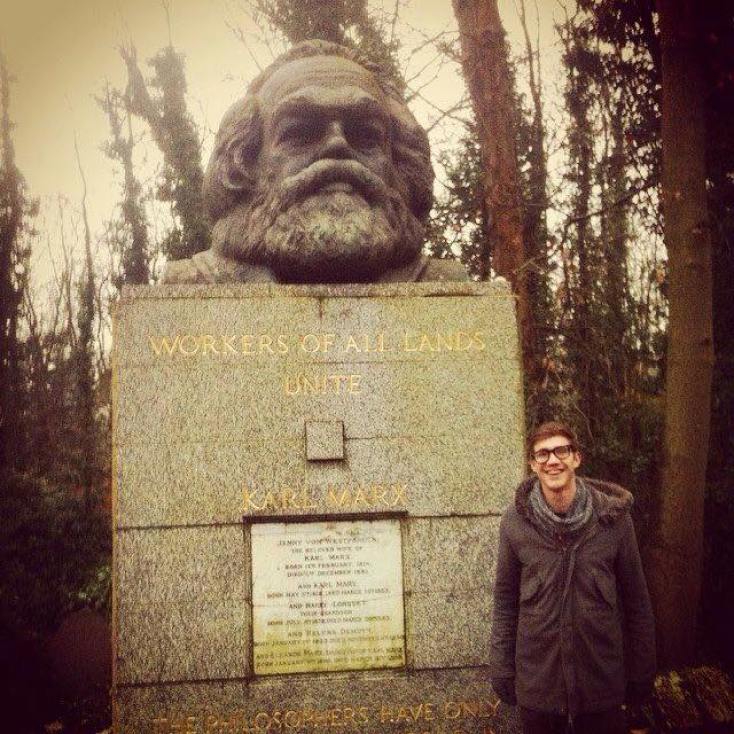 UTTERLY UNREADY BUT FIT FOR WORK*

we were the children of globalisation
the last recruits of a species born offline
we were orphans adopted by EasyJet
breathing kerosene before we could walk
up the 8bit steps of childhood
“look at you, all levelled up!”

we were the children of globalisation
the last recruits of a species born offline
unsure which battles to fight
or who for or what for, which clicktivist cause,
what with all this content!
bannerless but full of banter
so we fought in flame wars with lightsaber memes and hyperlinks
our fingerguns going click click click
and we consumed designed lives beyond the imaginations of 80’s advertisers
we were products placed into privilege
eating oysterworlds with Daddies’ champagne socialisms
and pre-natal feminism and sacrifices from Mamas
we were born to Alp, sprouted in Brussels, loved,
and lost, in London and life and faking cocaine in Munich beerhalls
and the glaciers of our origins weep
we drank underage delirium into a Project X generation Why Not on Mondays
and a generation why did I go out? on hangover Tuesday to start the eachweeks of our lives
we were the decadence we did not think we could become
nor expect to love as much as we did

we were the children of globalisation
the last recruits of a species born offline
into a nationless soil fertilised by some free-market monopolist
we were perfectly competitive
we bordered on brilliance but it did not let us in
we were online Cassandras screaming in safe spaces ignored everywhere else (TW: capitalism)
about… the authoritarianism of passports the legality of everybody and their sexual liberty and
identity/ethnicity, police brutality, rape and why RACE MATTERS STILL! “pc gone mad” ffs reverse racism isn’t a thing —but now we’re just feeding the trolls really lol cos it’s not like they’ll listen (srsly, y does no 1 listen?!!) o and what about an NMHS? (mental right?)
about… pig-fucker prime ministers who also fucked our education&science budgets and with them
the future workforce, the economy’s workhorse (more bestiality lmao @idiots they scrapped renewable energy subsidies and post-work study visas and the so on and so on and so on and
who cares
we were to be the parents of Mother Earth’s rape-case abortion generations, generations that won’t know
what burns in the forests of the night because there won’t be any forests anymore let alone tigers
we were the wannabe eco-terrorists writing poems on Macbooks
unable to scream Molochs without it being hackneyed
and Hackney wasn’t cool anymore, full of capitalist post-ironic hipsters
waiting for the end of the world so they can take an admittedly sick apocalyptic selfie
we were the self-aware but not-self-critical hypocritical superheroes of big-buck
blockbusters mocking ourselves but not really
we still believed that we all belonged to a better world so we shared and shared
we shared memories and jokes and GIFs and cat videos and
O it was all so beautiful even though we did not realise it was
we were the unexpressed inexpressible gratitude to mum and dad
we built ourselves homes in the Cloud, with memes for beams and thatched datapoints
and words for shelter because the homes we had known,
the worlds without degradation and war, the cities of blissful childhood ignorance
were no more
so we sang our optimistic homesickness in statuses
#blues

Sam is a 4th year philosophy and economics student at the University of Edinburgh. His favourite hobbies are wordplay and little falcons (the little falcon’s latin name is Falco Longipennis).