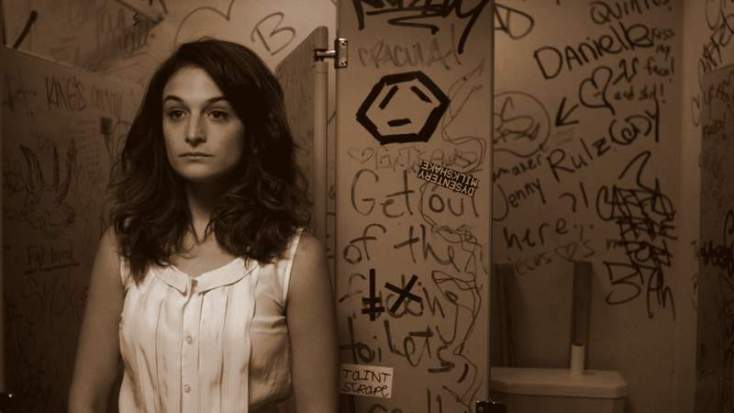 I want to know who chooses which television channel is played in the cramped waiting room of this south London abortion clinic. Never before has Escape to the Country had such an avid audience. It’s not what I expected, this waiting room: all the other women here seem to be accompanied by a boyfriend, a husband, a partner, a significant other. My significant other is non-existent; I have only a sperm donor, whose last name I never knew and whose face I barely remember. At least my mother is here. She may not have spoken to me for the past week, but at least she’s driven me up to London, booked us a cheap hotel to stay in. I suppose it’s nice not having to walk alone through the gates of this centre, past the elderly women brandishing leaflets at me, trying to remind me that I have other options. Funny: it’s never felt like I have other options.

Six hours and several scans later, they tell me that they won’t perform an abortion for me today. The embryo isn’t big enough, they say. Whoever knew that you could be too early on in a pregnancy to get an abortion? It’s only at this point that I cry; heavy teardrops plopping down onto the medical forms which I’ve already signed, declaring that yes, I am aware that there is a risk of death with this procedure. This is the point at which my mother finally softens: I suppose it must be a strange experience, watching your nineteen year old daughter cry because all she wanted was to no longer be pregnant and that has been denied to her today. Come back in a week. A week seems like an awfully long time when there is something growing inside you, something which has begun to make you feel queasy, to make you feel as though you can’t be on your feet for any longer than half an hour at a time. Seven days can’t go by quickly enough.

When you are early on in a pregnancy, they recommend that you have a chemical abortion. I am aware from the start that I am not brave enough to induce my own miscarriage. After all, by comparison surgery doesn’t seem that scary. At least, it doesn’t seem that scary until I’m sat, one week later, in the surgery waiting room, bundled up in white and green hospital robes, and the younger teenage girl sat next to me can’t stop dashing into the bathroom and retching over the toilet. It doesn’t seem scary until I’m summoned and told to lie on a gurney, until I can’t stop sobbing and jerking my hand away when they attempt to insert the candela.

When I wake up, the nurses offer me a drink and biscuits. The worst pain of the entire day is when I gulp down my hot chocolate too quickly and it burns my throat. With the blessing of retrospect, surgery doesn’t seem that scary after all. I am monitored for an hour or so and then that’s it: everything seems fine, they tell me, you can go home now. The journey home is a happy one: I am ready to continue on the trajectory which I was on before I had drunken sex with a stranger and didn’t use protection. My mistake is now just that: a mistake, and a rectified one at that.