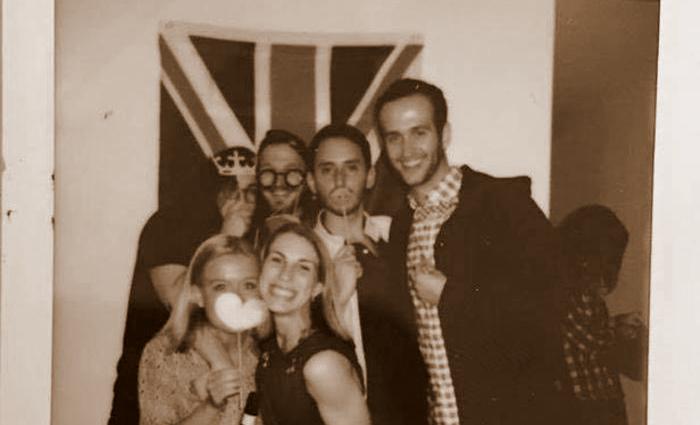 I always found it a bit silly when you referred to me as ‘the European one’ when I first moved to your country. European, me? Had you seen the map of the mainland? I come from the northernmost corner of the bloody continent; I am almost certainly more closely related to a pack of Siberian huskies than to the fine wine drinkers in France. European, me? Playful stereotypes you had of us ‘continentals’ never hit home for me.

Feeling European or not, none of us remember the time before the European Union, do we? Growing up, the European Union was directives about bent bananas and curved cucumbers; it was an anthem so dull that probably even Angela Merkel does not use it as her ringtone. It was commissions, chambers, and hordes of uncomfortable MEPs trying to speak French. Later on, it was an electric feel of opportunity, openness, the sense of belonging across the country borders. Borders, that we could no longer see as clearly as the generations before us did. Europe was our oyster (imported to us by the free movement of goods, naturally)!

Many of you may have had different experiences of growing up in the EU: I admit that the ability to enjoy this Euroyster to its fullest comes from a place of privilege. Nevertheless, all of us know that the EU is so much more than trade agreements about twisted tomatoes, or bickering bureaucrats in Brussels, or even making out with that hot French dude in a cheesy Erasmus disco (those 1m babies born to Erasmus couples would 10/10 have voted to remain, though). The symbolic value the EU has is irreplaceable. We know that the fundamental raison d’être for its existence is the preservation of peace: war in Europe, never again.

Never again? We see thousands of young men on flimsy rafts. Barbed wires, border patrols, Britain First. Mud-spattered jungle of Calais, one of the main stages of the current humanitarian crisis, hundred miles south of London. Dehumanisation, demolition, depression, devaluation. Never again? Never have we needed a united Europe more than we do now. United in diversity, united against fearmongering and hatred.

This is a victory for the real people, the dawn of an independent United Kingdom, says Nigel Farage. This is not true. This is a victory for the likes of him, Le Pen, Putin and Trump. For the ruthless populists who feed ignorance with empty catchphrases about the glorious past, about the greatness of days long gone. For these cunning monsters feasting on fear, this is a marvellous victory. For us, for the European youth, this is a tremendous loss. There are no glorious pasts; there are no empires to restore. Our shared histories mainly know bloodshed and war. Alone, we are not independent, we are not great again: alone, we are just alone.

It is still early days post-Brexit: we will see where this takes us. Maybe Nicola Sturgeon has been preparing for this day and has built an all-inclusive doomsday bunker for the Remain voters under Ben Nevis? Until then, my dear British friends, please remember, however naïve it may sound like right now – you are not alone. We are in this together, us Siberian huskies, the fine wine drinkers in France and 25 other ex-baes of yours, still unified, still European in our messy, extraordinary diversity.

Do not let them divide us, do not let them other us. Do not let them drop slurs about the Polish plumbers and the Romanian thieves, do not let them spread any more misinformation, do not let them indulge in perilous anti-intellectualism any longer. Do not let them find another culprit once it is clear that this vote was earned with dishonesty. Hold them accountable of their every word. Engage, intervene, respond, and protest. Make out with hot Erasmus students, travel to Kraków, and pick up some German. Drop out of university to open a French-British fusion restaurant serving frog legs with warm, sturdy ales and brown sauce (actually don’t, that sounds pretty terrible to be honest). We are here, we hear you, we love you.

And lastly, don’t you dare to leave Eurovision. If you do, it’s going to be Finland fin(n)ishing last…

‘The European one’ Elsa has just planned her whole life around living in the UK: needless to say, she is a tiny bit upset right now. If you are British and looking for a sham marriage with an eligible Finnish bachelorette, give her a call.