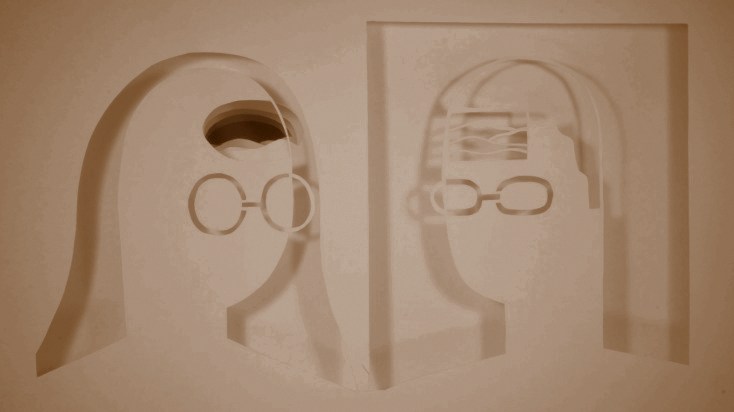 #industry is a behind the screens look at the Edinburgh International Film Festival. Alongside cinema attendance at the EIFF, there are an array of talks, events, networking drinks, parties – and perhaps most importantly people, who for such a visual, visible media one otherwise might never see. What happens when we look at the industry behind the event, from the novice perspective of those trying to break into it?

I’ve gotten drunk a lot this week. It’s probably not very professional but it’s true. Earlier this year I made my first submission to a film festival. It was a group effort in my small year of twelve at Edinburgh College of Art. As animation students, our final year consisted of the production of short films, each of us authoring a project free from brief or external direction, a chance to spend a year telling a story on entirely our own terms. This year I created a film about records and memory. My sister used to always say to me, “You don’t remember that, you just remember the photograph” and that thought, about the integrity of both memories and records, stuck with me for a long time, and my mind incubated that thought into a film. A big part of the film was its technique. I used hand drawn animation to create the motion, to which I then cut out the figures very intricately, before hanging them up in succession, creating depth in an otherwise flat medium. Through this I could explore the depth of memory, and the flatness of record. The film festival summarised my film in a far better way: “A photographer focuses on the perceived in a film as layered as its unusual technique…”

Learning that the culmination of this year would be my work screening at the 70th Edinburgh International Film Festival was, well, validating. A year spent with a film is a tumultuous one. It goes through so many iterations, and you think about each second of your film each second of every day: its pacing, its structure, its visuals, its reception. This proximity over time to your own work can often lead to a lot of self-doubt. It is so scarily possible to put in all this work and create a film that just doesn’t work, and I really thought this was the case by my film’s completion. But the fresh eyes of a selection committee apparently thought differently.

Have you ever had a cinema full of people watch a film that you’ve made? Let me describe the feeling. You’re not actually watching your film, you’re reading the audience as they watch your film, hoping that all the emotional lines you cast making the film catch. Doomsday Scenario #1: You create an emotionally intense scene in your film. The audience laughs. Doomsday Scenario #2: You try to make the audience laugh. They don’t. This isn’t the first time I’ve had my work screened but I can tell you this feeling hasn’t gone away. If you’re sitting with me in the cinema expect me to be squeezing your hand the whole time, just to anchor myself, lest I float away or explode. The audience is so important to me. I’ve been in discussions about how self-serving design and film can feel, but I think that it’s only as self-serving as you make it. I’m not in the interest of making a film so obscure that only the film-maker, with the exhaustive research they do and education they’ve received, can understand. I want to change perspectives and excite with the work I make, but for me, excluding an audience means that my work is an abject failure. Film can be funny, mysterious, atmospheric, grotesque and political. It can be so many things, but it above all else must be accessible. 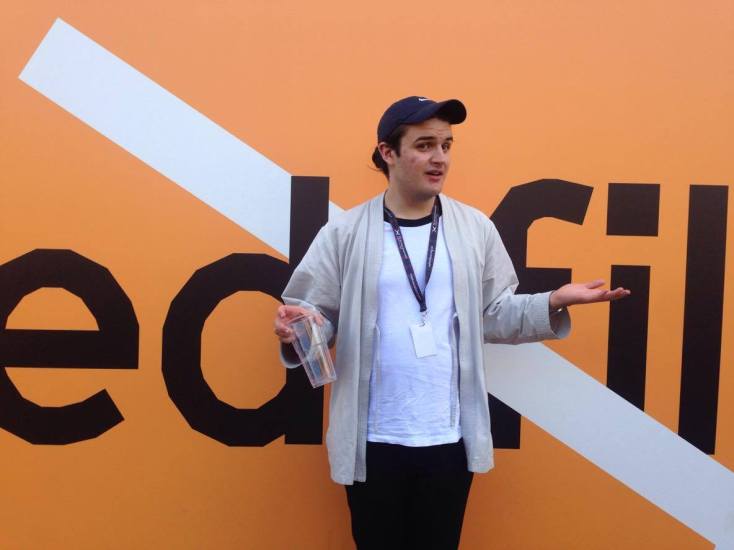 So here I am. This festival comes at a very strange point in my life. As I write, I am packing up all my belongings, ironing my suit for graduation, organising times to see friends before I leave, and attempting to squeeze in screenings and industry events. It’s the culmination of four years of education, in quite a hectic way. It’s the opportunity to see a selection films I might never have otherwise seen, that inspire my work and broaden my perspectives and horizons. It’s learning about the history of film and genres lost to time. It’s talks from industry professionals. It’s networking. Yea, networking sucks, but it’s important. My little orange pass lets me do all these things, and I won’t lie to you, I’ve been strutting about the city, my pass dangling from my neck, feeling very VIP. Did I mention, there’s free booze at industry events? So much free booze.

So yes, I have to pack, uni is over and I’m moving back in with my parents on the back of a devastating referendum result that will probably ravage the film/television/design industries in the UK, meaning that the future of festivals such as these are uncertain. I’ve been drunk a lot this week, but it’s understandable.

Robert is an Animator based, at the time of writing, in Edinburgh, but is probably living in Glasgow by now. You can view his work at www.robertduncan.me or contact him personally at robertstruanduncan@gmail.com. You can commission him for work, or just chat to him about cartoons.