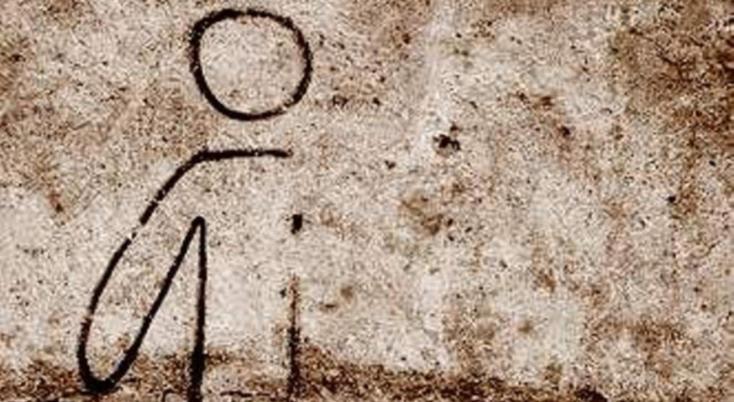 This article is a follow up piece to: April is the Cruellest Month.

As I write this, it’s been almost a year since deciding to publish a piece that said “Hey world! I’m a survivor of that hideous statistic. The one that says one in four of us will deal with mental illness this year!” The experience I regret not. Those who responded kindly and tactfully gave me shiny pieces of relief. Those who I knew had probably read the article and decided not to mention it at all are the people most like me, probably. I wouldn’t know what to say to me either. “Sorry you’re depressed, anxious and an insomniac. Would you like a Smint?” (I tend to carry Smints in my bag. Depressed, yes, but with excellent breath).

A bit like Lost after season four, the subject of mental illness is – and will always be – really unnecessarily complicated. Mental illness is one of those shitty things that’s difficult to get a real definition of (like ‘fat’ as an adjective. How do we know when someone is ‘fat’? Never, technically. Until someone is called fat, we do not know). We must remember that each mental illness is more like a spectrum, not a ‘yes or no’. The most frustrating thing, probably, is that nobody really knows anything about the inner-workings of mental illness. It can be caused by all sorts, it can have probably hundreds (if not thousands) of different symptoms, and anyone can get it. Me? Well. It’s like a smoothie of unfortunate genes and life events. A really unsatisfying smoothie. I don’t know where I’m going with this analogy either. So – and I assume the reason I agreed to write a follow-up article was to find out – am I better? Am I happy now? What is ‘better’? (again – a philosophical digression for a later date). Did I ever reconcile with the bastard who ‘set me off’, as it were? I mean, I’ve dealt with mental illness for (at least) a decade, but it was one unfortunate break-up that I decided to write about last time. It was that which sparked a fire, but let’s face it, I was kindling anyway.

January 2015. I have been called in for a meeting with my dissertation tutor. I have just submitted my first draft for a section of my dissertation. He gets my essay out of his bag. I can see a lot of red ink.

”Oh god. Is it terrible?” I say, half-joking, trying to seem a bit charmingly awkward.

I was never a model student. I’m no valedictorian but I’m not a complete know-nothing. I didn’t really hear that sort of thing often. Ever. I’d picked a dissertation subject on animal ethics. It’s not a common one, but I cared about animals and I wanted to write about something I cared about.

He began to outline everything that was wrong with my draft. He hated this, he hated that. He hated Roald Dahl and didn’t want me to write about him. He hated my words and my level of effort. I felt like he hated me.

”This isn’t third year work. This is first year work.”

I began to well up. I’m not one for confrontations, even academic ones. I retried the awkward-charm thing.

“…Is it too late to take another module?” Again, half-joking.

I apologised a bit. A lot. He ended it with “I feel quite bad now” and I ended up apologising for that as well.

I thanked him (for some reason) and left. I slung my satchel over my shoulder, withdrew my arms into my sleeves and walked to my old, weathered dark-blue Corsa. I had parked off-campus, in a small shaded residential ground. As I walked, I was dazed. I felt outside of my own head, like I’d snapped, and the part of me that thought had finally detached from my body. I avoided eye contact with anyone that I passed, unlocked my sad little car and sat in the driver’s seat, feeling less in control than I’d ever been. I knew I was going to cry because my cheeks swell and burn a little. I felt my nostrils flare and tears slide down over my puffy cheeks. I was breathy and panicked and sobbed because I felt like an imposter. I wasn’t smart enough to be there. I had fluked the last two years and someone had finally caught on. I wasn’t going to graduate and I was sad all the time and I was still hung up on a relationship that had ended two years before. Deciding that I wanted to escape from the situation before anyone saw the madman crying – face in hands – alone in his car, I switched on the ignition and reversed. I stared at the brick wall in front of me, for that moment considering whether or not to slam my foot down on the acceleration. Whether I’d successfully die or whether I’d have to live, struggling to explain to concerned others why I did what I did.

Being too petrified of the risk that I wouldn’t die instantly, I drove home, wild in thought, knowing that this was the closest I’d ever really come to ‘doing it’. I was a bad decision away from driving straight into a brick wall and making a permanent move into a Big White Room. I cursed the day anyone I had ever loved was born. I cursed the man I hadn’t seen for two years; the relationship that was the final push off an already crumbly cliff edge. I cursed myself for being so damn unfit for human company, for being so useless and for being the perpetual three-quarters of a whole normal person that I so desperately wanted to be. I was furious with God, if he existed at all, for making living so completely unbearable and for making me feel so much for someone so completely displaced from me. I was in a new, healthy relationship – one I would never dream of trading in. Why did I still care so much? Why was I still so affected by something I knew was over and by someone I literally haven’t seen in years? Would I have to carry this weight forever? How?

Mental illness isn’t predictable. It’s not strictly definable, either. Nobody can diagnose why I was – and in ways, still am – so distraught about one relationship. For all anyone knows, it could just be a fundamental feature of me, rather than a mental illness at all. I tend to believe it’s a mixture of being too sensitive a person as well as a chemical imbalance. For all I don’t know about mental illness and whether it’s ‘ok’ for me to keep being haunted by one relationship (especially when I’ve since had others), I know one thing – I am not the only one. I am not the only one who (according to doctors, at least) has a mental illness. Chances are I’m not the only one who doesn’t really ‘get over’ relationships that end so completely ambiguously. I’m not the only one who can get set off by things as unimportant (in the grand scheme of things) as a bad criticism of academic work. I am not the only person that feels like three-quarters of a real person. Most importantly, I’m not someone who never empathises. I know what it feels like to be dazed, different, anxious, depressed. And if anyone ever tells me that they are too, I will know that they, like me, are not alone.

Writer, musician, mess. A twenty-one year old graduate from the University of London, Tim completed his dissertation on animal ethics and feminist theory, which is interesting to nobody but himself. He now lives in the dodgy part of Lewisham and works as a freelance writer and contributor for Sky News.