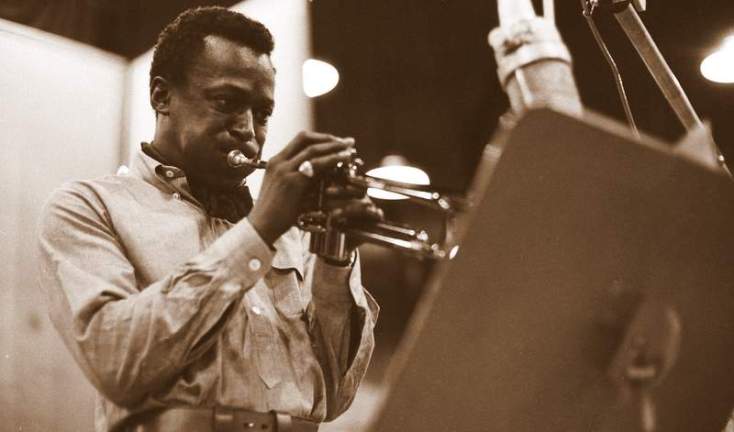 Growing up, my parents would make us listen to jazz every Sunday afternoon. Being the churchgoing family we were, I used to dread having to leave Sunday School to listen to a bunch of trumpets and trombones sounding off on the drive back home. Back then, I’d even eat my Sunday roast in exile because the music from the radio would leave a bad taste in my mouth. This was before I listened to “Fran Dance” by Miles Davis. I had no idea who he was. My disinterest in jazz music was so strong that any time my dad would praise a musician or a record, I’d immediately switch off. “Fran Dance” changed that. The calm and seductive jazz of Davis’ early albums made me fall in love with the music that became the soundtrack to the years before my adolescence. Miles Davis and his music had a remarkable influence on my life.

He became the most important person I never met.

As I stumbled into teenagehood, I began to suffer from crippling insecurities that no amount of counselling or platitudes from my parents could shake off. My hair would routinely fall out in small chunks, leaving me looking like a Cabbage Patch Doll who fell under a lawnmower. I had ghastly teeth from a childhood accident. They were chained in rainbow-coloured braces for three years. I believed that no one, regardless of how kind or caring they were, would ever accept me because of how I looked. It was Miles Davis who allowed me to be less horrible to myself. I found refuge in his music.

When I bought his autobiography in my late teens, tales of his devil-may-care attitude thrilled me. Christened the “Prince of Darkness” for his broody demeanour and smoky voice, Davis pioneered an artistic arrogance that was unheard of for black musicians at the time. He refused to introduce his band when they went on-stage. He played with his back to the audience because it allegedly gave him a better sound and he was unapologetic about his success and the entitlement he felt to enjoy it. Davis was at the forefront of the most innovative forms of music during the 20th century. He witnessed the birth of bebop, oversaw the reign of the cool and got down with the funk much to the chagrin of traditional jazz fans. His demand for perfection made me feel less terrible about my own analities. To put it in short, Miles Davis means a lot to me. His music provided an avenue through which I could accept more of myself. Without bowing too much at the altar of jazz’s crown prince, I’ll remain forever in his debt. 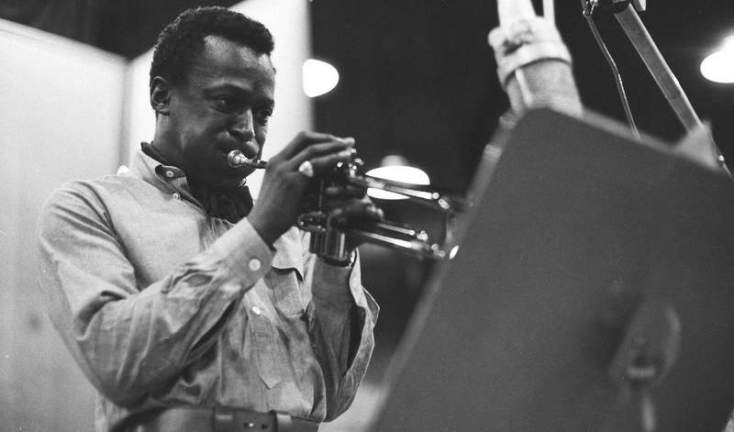 As I grew more comfortable with myself and the ideals I was beginning to embody, I struggled to reconcile my love for Miles the musician with his reputation as an abuser. When he addressed the physical abuse he inflicted on his first wife Frances Taylor, Davis admitted he was wrong to hit her repeatedly. He conceded that he “felt bad” whenever his drug and drink-fuelled escapades would result in her fleeing the house with bruises and scars. However, mere admission isn’t an explanation or apology. Davis went on to justify his actions by waxing lyrical about the undying love he had for his wife. He rationalised his abuse by stating that he’d never felt that jealous and possessive over a woman before. In the same way many of us tolerate the abusive actions of our former partners, friends and family, Davis perceived his violent episodes as manifestations of an intense love. A love he depicted himself as being the victim of.

Yet in the same way Davis was cavalier about his abusive history, so was I. Whilst reading his book, I skimmed over those pages in favour of reading how he made records with Charlie Parker, John Coltrane and Herbie Hancock. I was in awe of the stories about lunches with Jean-Paul Sartre or regular visits to James Baldwin’s home in St Paul de Vence, France. These tales were easier to digest. They didn’t require much thought other than dreamily imagining being in the company of such incredible artists and creators.

But when the old allegations about Bill Cosby resurfaced, I wondered whether I should feel guilty about how much I liked Miles Davis. Having been unaware of the scandals involving Cosby, I found I could no longer watch an episode of The Cosby Show or listen to his stand-up. Since these decade-old revelations came to my attention, it was impossible for me to see Cosby as the beloved Mr Huxtable from my childhood. His alleged crimes were so serious, so disgusting, so hidden through the use of money, out-of-court settlements, threats and the construction of a family-friendly image that I couldn’t separate the man from his work. Cosby used his reputation to silence women who were bound to be shunned and disbelieved by society. As Ta-Nehisi Coates wrote in The Atlantic, it’s much easier to buy into the narrative of “cunning” women colluding to destroy Cosby’s legacy for money and press than seeing him for the serial rapist he is.

Our heroes can never be perfect. Like us, they’re human beings who deal with troubles and temptations that can trigger any person’s downfall. They conduct themselves under the kind of criticism that would terrify those of us with the toughest skins. They attract the kind of mass attention that is endemic to a public meltdown, but that doesn’t mean that we can excuse their misgivings. It doesn’t mean that they get a free pass to hurt, abuse and mistreat people without facing any scrutiny.

There are abusers, rapists, murderers and thieves all around us. As a society, we treat them with the kind of scorn reserved for the worst of humanity. Not doing the same to public figures we idolise makes us guilty of hypocrisy. It’s not to say we have to shun them entirely. I love Miles Davis as an artist. His music is important not only because of its effect on me but because of its longstanding resonance with people. But instead of idle hero worship, I chose to engage with his legacy critically. I chose to inform myself of his wrongdoings, learning that even the most creative, bright and influential people are capable of monstrosities.

Khanya Mtshali is the Deputy Editor of PTL. She likes talking about her love for vegan chilli and browsing Solange’s life on Instagreezy. Khanya also enjoys curling up with a good book and watching Come Dine With Me because it makes her feel like a grown-up. When she isn’t attempting to write stuff, she can be found working on a cure for her severe case of resting bitch face.

(Images from: here and here)