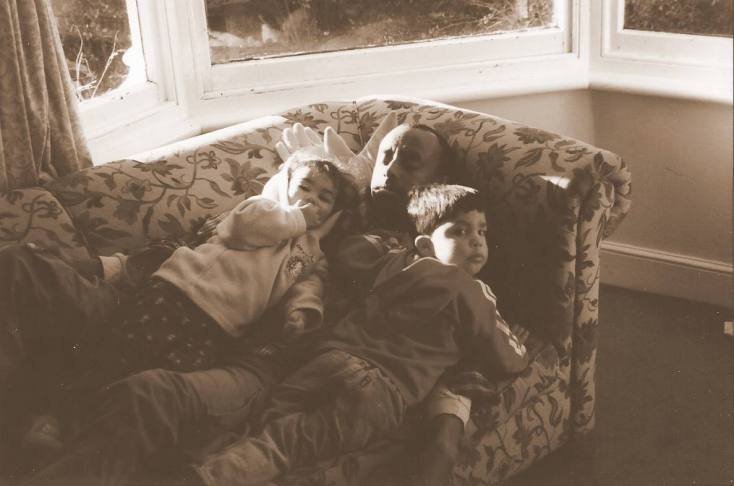 #stillshot is a feature in which someone discusses a frame from the moving pictures that grace our screens, and occasionally their promotional campaigns. We want to spark discussion on the visual art of film, and the world it can often reveal within a single still. Also, ‘cause there’s some well purdy film shots to be dissected out there. 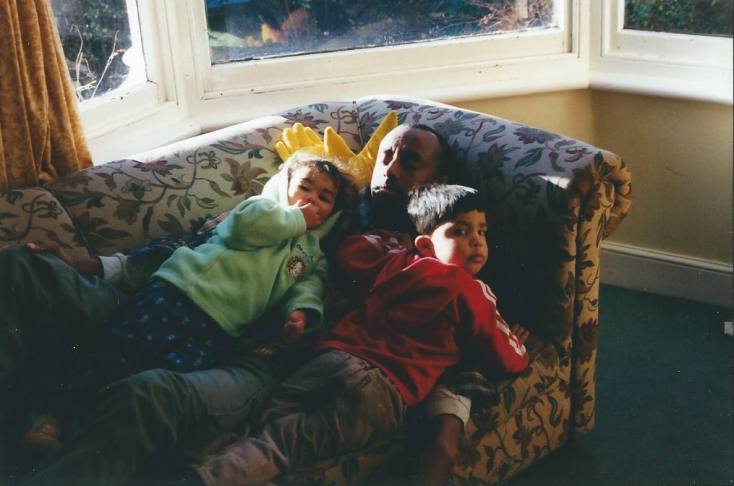 Editor’s Note: Given Season VIII’s theme ‘Home,’ my sister Isobel sent me some “notes” on the word and said I was welcome to edit them into some sort of article. I don’t think they need editing. This week, we thought our #stillshot should be a simple picture of home, no filmic representation needed, as will come to light. Thanks, Isobel.

To put it simply, my experience of home and leaving home I don’t think are represented in TV and film, because it would probably not make for very interesting viewing. Lol.

On that note, disclaimer: this is not a pity piece.

Mum has a newspaper cutting of a quote by Maya Angelou that lives on the fridge door: “The ache for home lives in all of us, the safe place where we can go and not be questioned” (Mum says this is about the idea of black people returning to Africa, but she likes to think of it as a universal point about home).

I think this quote does represent home for me; it’s a place where you can be as weird as you want, sing as loud as you want – especially in your case [Editor’s Note: No idea what you’re talking about, Isobel] – and brutally roast each other as much as you want, yet still be loved and feel happy.

I rarely find myself missing home until I’m back, when I realise that it is so much easier to be myself when I’m here. Not that I’m not myself in other places, but I do have to question whether it would be considered okay for me to lock myself away in a room to watch a movie by myself, or to hold my knife and fork in the wrong hands, or to help myself to five cups of coffee in one afternoon. It’s also not impossible, I don’t think, to have a home in more than one place at once, something I think will become even more apparent when I leave for university in September, and something I think you are a testament to.

Our youngest sister Abby’s 14 year-old concept of home is arguably very different to mine, seeming to see it as a place she comes back to every once in a while before leaving to go somewhere else with her friends (as well as a place she keeps her mountain of clothes and where my wardrobe is as much hers as it is mine). Although I act like this all bothers me, I know I don’t care about it that much. I guess a part of me just wants her to be at home when she’s home, rather than on Snapchat with her friends. Then what does that show about my concept of home? Perhaps it highlights that home and family are important parts of my identity, and I don’t like Abby’s mental absence from that equation. It’s also quite interesting how Abby is the same age now as I was when you left home, making me wonder if you thought of me in the same way…

I remember you leaving home and being so excited for you, and partly jealous that you were going to have somewhere new to call home and make your own. I was especially jealous that you were going to be in Edinburgh, a city I’d fallen in love with (albeit only having seen it during the Fringe period ahaa). What was so obvious to me when I came to visit you in your first year there was that home is what you make it – the people taht you surround yourself with, the posters and photos that you stick on your wall, the memories that you make there. And in that sense I am so excited to be leaving this home later this year, because I know that I am going to have a second one which I will no doubt love just as much.

An Education; My Mad Fat Diary

My Mad Fat Diary was an amazing three series TV show about a girl called Rae suffering from mental health issues living in 1990s Lincolnshire. It follows her journey from the summer after Year 11 where she leaves a mental health hospital, to finding a group of friends who love her for who she is, finding a boyfriend, through two years of college and then in the final series to her leaving for university (that’s an incredibly crap summary of an indescribably amazing show, so forgive me please). Rae probably found it difficult to comprehend leaving home because she’d only just found a place to call home, and was perhaps scared that if she left it, it would go away. Whilst I love this show, and have a massive envy of anyone who lived as a teenager in the ‘90s, it’s very difficult for me to relate to it as a “leaving home” story. I’m fortunate to not suffer from mental illness, I have parents who are together and love me unconditionally, I have (FOUR) siblings, I have secure friendships, and I’m much more excited than anxious to be leaving Croydon behind.

In a similar way, An Education explores the concept of a young woman growing up and leaving home; yet again it is based in the past and follows a story which I cannot relate to from direct experience. I think this compounds my prediction that a “leaving home” story needs more than just a girl leaving home!

I came to Skins rather late, binge-watching it online only last summer, hooked on lives of people my own age but going through extremes of … well, extremes of everything. It sounds like a stuck record, but again the lives of three generations of teenagers still didn’t really relate to me. College antics are a far cry from my seven years of Catholic girls’ school (Convent Girls Represent), and I think perhaps one of the most interesting things about Skins was how messed up the parents were as well as their kids.

You mentioned perhaps Pitch Perfect as a potentially relatable film, although I find it really hard to relate to anything set in America … Also, Pitch Perfect is based around young women once they have already reached university, thus although I love the film it is another example of something not directly related to me. Fresh Meat, especially the first series, is probably my favourite comedy TV programmes – I love how six entirely different people are landed in a house where they’re all expected to get along in the name of university house-sharing. It would probably be even better if I had already experienced this for myself, being able to recognise people I had personally come across on the show.

Therefore, I would say that it’s probably incredibly difficult to make a “leaving home” film or TV series that everyone can relate to, but that this doesn’t matter to me because I’m content with watching the (frankly, more interesting) lives of eighteen-year-olds that the media is currently producing. I honestly don’t think anyone would be bothered about the story of a girl having a constant mental battle of sleep versus revision, or going out versus writing an essay! And that doesn’t matter, because I’m sure there are others who feel they need representation in the media, and someone to relate to, much more than I do.

Isobel is currently ‘studying’ for her A Levels whilst trying her best to make the most of a legally acceptable ID. Forever watching catch-up TV – enjoyed best with toast, chocolate and coffee – she is also the middle child of five, which she deems an accomplishment in itself. Isobel hopes to study History at university in September.