‘Bar Wotever’ is a night of queer performance, based at the Royal Vauxhall Tavern, which has been running since 2005. Tonight the venue is full of audience members, eagerly awaiting Travis Alabanza who is performing an excerpt of their upcoming piece, Stories of a Queer Brown Muddy Kid. The piece begins with an empty stage and acousmatic sound. The disembodied voice of a teenage Alabanza emerges; ‘Mum, I’m coming out… of the closet’. Lady Gaga’s ‘Sexxx Dreams’ blasts through the stereo, overdubbed with prerecorded spoken word (‘Travis you are so gay!’), and Alabanza stumbles out from behind the curtain. In a frenzy they rip off their clothes, change into high heels and apply lipstick, before declaring to the audience ‘I think I’m really fucking queer’. We feel the manic, youthful exuberance of a newly ‘out and proud’ individual, following the advice they were given to ‘throw away your culture’ and plunging headfirst into the gay scene. 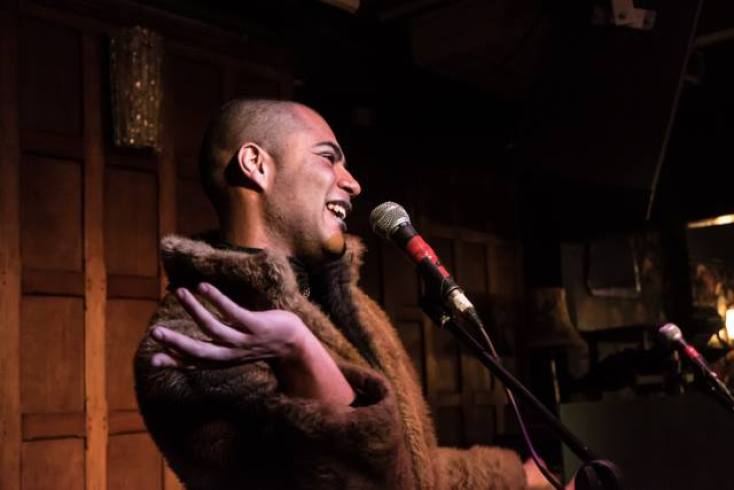 The piece here recalls the work of performance artist and musician M. Lamar, whose video for Badass Nigga sees Lamar adopt the role of femme dominant, armed with a whip and copies of Toni Morrison’s Beloved, a Cornell West Reader, and Hegel’s Phenomenology of Spirit (the latter of which contains the (in)famous master/slave dialectic). Lamar then locks white submissive men into a pillory, whipping them and making them read from the texts. Whilst neither piece could be called subtle, they both challenge the spectator with an immediate and powerful critique of the entrenched racism within gay culture.

Alongside highlighting the undercurrent of racism, a critique is given to dominating fetishisation of masculinity, Alabanza proudly declaring ‘I am not yours to swipe left to when you realise I am wearing a dress’. Alabanza’s work can here be aligned with other artists such as Jamal T. Lewis, whose project No Fats, No Femmes examines gay desire through the narratives of black, brown, femme, fat, trans and disabled queer people. As performance poetry duo, DarkMatter, rhetorically ask of white gay men in the It Gets Bourgie Project, ‘when you said you were a homosexual did that just mean you wanted to fuck yourself?’. 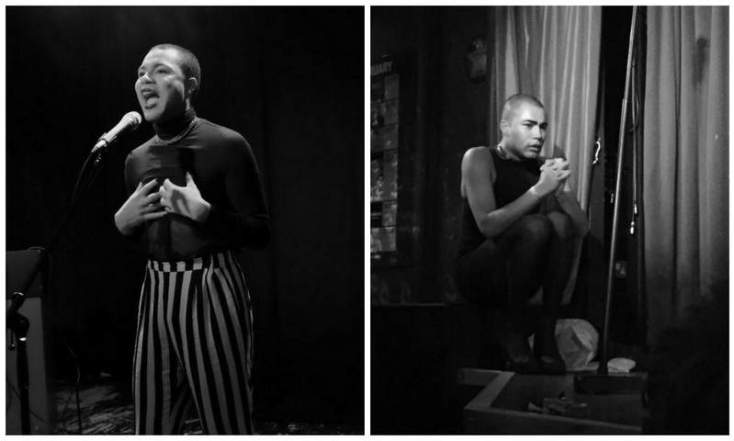 Stories of a Queer Brown Muddy Kid not only reminds of the racism and femme-phobia within queer culture, but too highlights the importance of spaces showcasing work by marginalised people. Tonight, Alabanza truly cements their growing reputation as one of the most important queer artists working today. To quote once more from the piece, ‘[their] existence is fucking holy’.

Alex McKenzie is an activist, sound artist and philosophy student based in London. They occasionally perform, and even more occasionally write pieces on music, queer theory and Kantian metaphysics.