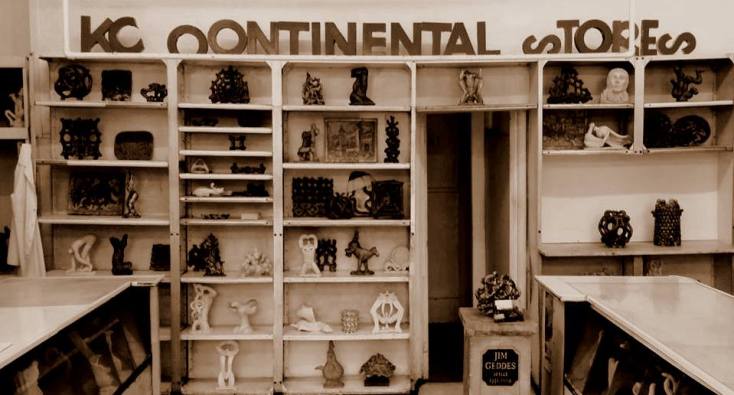 Leo Giordani lived and worked at K C Continental, the former Italian delicatessen at 26 Caledonian Road, for 50 years and he only retired recently at the age of 82 in March 2015. I first noticed the delicatessen by chance wandering about my new neighbourhood when I moved to the Kings Cross area about ten years ago. It was filled to the brim with delicious looking Italian food and drink immediately looked enticing.

My first experience of utilising empty shop spaces for exhibitions came in 2013 when I organised ‘Co-ordinate’, a group show with work made about the changing face of Kings Cross. It was whilst organizing ‘Co-ordinate’ that I learned of the late Jim Geddes and his unique sculptures which were stored in the basement of K C Continental. Geddes had lived next to the deli and was a frequent customer. After his death in 2009, hundreds of his sculptures were moved from his basement studio to the empty basement below Mr Giordani’s deli and had remained there ever since. I became obsessed with these other worldly objects and decided to curate a show about Geddes and this collection that no one knew what to do with.

Over the next two years I spent one day a week with Bob Stuckey, (local resident, musician and landlord of a couple of local properties including Geddes’s flat and the deli) and Tony Reese, (local resident who with his wife has a shop called Trident Pottery on Caledonian Road), cleaning and documenting each sculpture – all 300+ of them. During this time, I’d been searching for a suitable space to show the work but couldn’t find anywhere affordable or even any galleries who would be willing to have a meeting with me. By the time we had nearly finished cleaning the sculptures Bob mentioned that Mr Giordani was thinking about retiring and that there was a possibility the deli could be used as a temporary exhibition space whist it was empty. 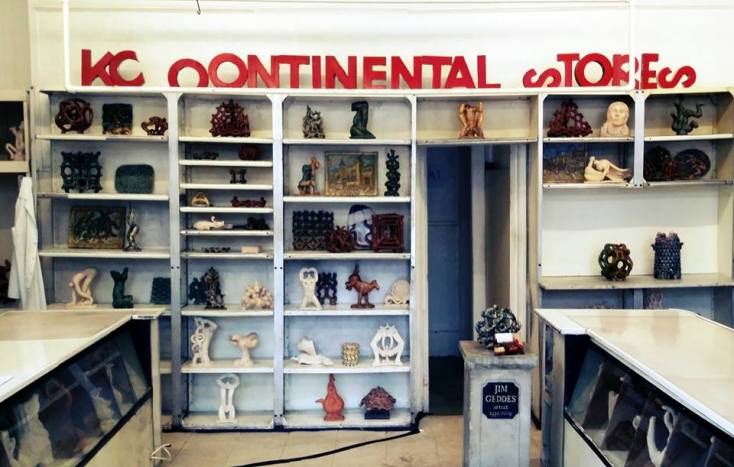 We opened ‘Jim Geddes: A Retrospective’ at the former deli on the 21st May 2015 and the show received an amazing response. Not only did people enjoy seeing Geddes’s lifetime’s work, but they also liked being able to go behind the scenes of the deli and explore the back rooms and two stories above the shop front where Leo had lived. Due to the success of the initial use of the deli to show art, the Stuckey family have allowed me to use the space for exhibitions until it is renovated and eventually becomes another shop. We decided to name the pop up gallery in memory of Jim as it was his work that inspired its change of use. 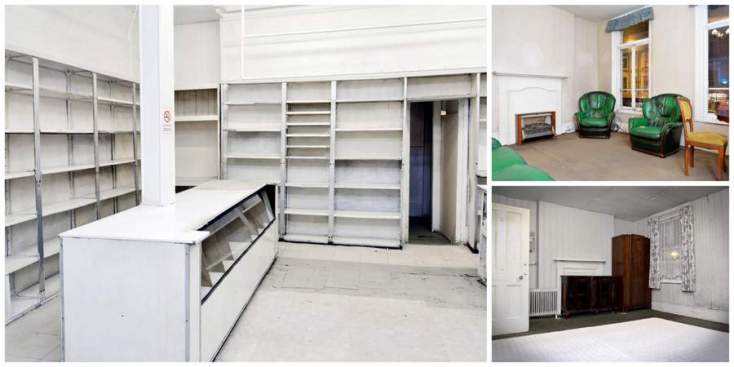 Since its opening, the Geddes Gallery has had 11 exhibitions and is nearly fully booked up till March. There is huge demand for accessible, affordable space to exhibit art and I know from first hand experience how hard it is to come by. I feel very lucky to be able to offer others the chance to exhibit work in such an unusual, magical and very central space. Running the building as an art space has shown just how successful utilizing empty shops for the exhibition of art can be as it not only provides up and coming artists with an otherwise unaffordable space but also provides the local community with a focal point for cultural activities.

A residency featuring 8 artists who will make work in response to being in the space. Private View 11th December 6-9.30pm followed by drinks at The King Charles I, the local pub which has sponsored the event.

After studying Social Anthropology and Art History at SOAS, Cornelia has spent the past four years working on various art projects with a focus on place, participation and community involvement. She co-ordinates and curates exhibitions in unusual spaces and has recently started managing the Geddes Gallery, which will stay open as an alternative exhibition venue until March 2016.

For more info you can contact Cornelia via: corneliamarland@gmail.com.