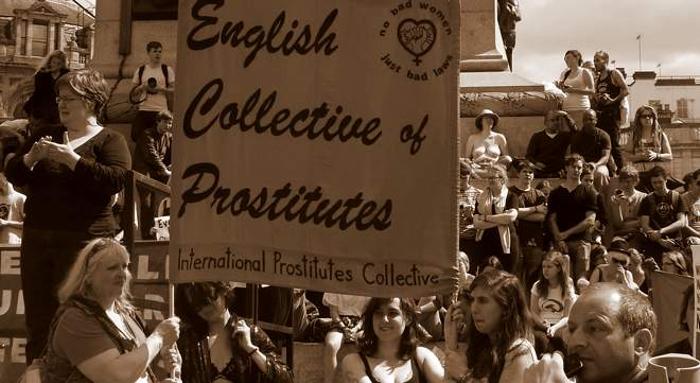 The movement to decriminalise prostitution around the world has slowly, but solidly been gaining traction in the past 10 years. An uncomfortable coffee-table topic for some, the decriminalisation debate is beginning to lose stigma in many social circles and is continuing to gather favour and momentum in Britain. Last Tuesday I attended an evidence-gathering symposium on the decriminalisation of sex work at the House of Commons, as arranged by shadow Chancellor John McDonnell. I attended said event with representatives of the Hampshire WI – that’s Women’s Institute, just in case you were unsure. Unlikely bedfellows you might think – ‘Jam and Jerusalem and Rights For Sex Workers’ doesn’t really have the same ring to it. However, WI member Jean Johnson has been campaigning for the cause for many years, and has secured the support of the Hampshire WI behind her, becoming key advocates in the debate.

It is important to stress the distinction between decriminalisation and legalisation of sex work. As in New Zealand, where sex work was decriminalised in 2003, the government have made plain that in no way is sex work encouraged or endorsed. The decriminalisation simply allows prostitutes to work in safer conditions, without fearing jail time or a criminal record. Prostitution is still regulated in New Zealand and it is not without penalty if these regulations are breached – for example, if a brothel does not have a valid licence. 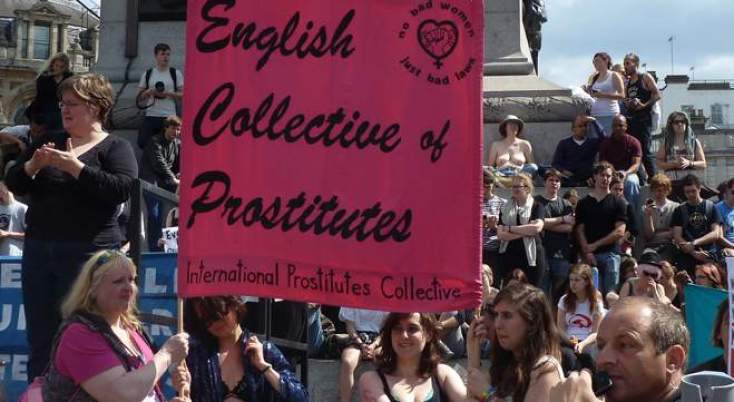 The argument seems complex, but I think the positives of decriminalisation are obvious when broken down to facts. The English Collective of Prostitutes (ECP), who organised the symposium, is the key campaigner in the decriminalisation debate and is adamant to see it through. They present their argument principally in three key areas. 1. Safety. The illegality of sex work means that prostitutes often fear arrest so cannot report violence they experience from clients. Equally they cannot ensure their clientele will not cause them harm, because negotiations often happen in secluded areas, for fear of arrest. 2. Health. A representative from the ECP told the symposium that sex workers are almost always victim to social stigma, and thus decriminalisation would ensure that prostitutes could access health services without discrimination. Additionally, many of the speakers talked of how clients often refuse to use condoms in fear that the authorities could obtain them as evidence of illegal sex work, and thus the risk of infection transmission, like HIV, increases.  Used condoms have previously been used in court cases to evidence solicitation and according to Stewart Cunningham, sex workers in Edinburgh now visit health clinics less, use of condoms is down and rates of STIs have increased. These are immediate effects of criminalising prostitution.

The third argument is perhaps the most compelling and important – the fact that decriminalisation would mean that sex workers could leave behind sex work if they wished to engage in a different profession, as they would no longer have criminal or arrest records that stop them obtaining other jobs. The Symposium heard a moving case of a woman, who had to turn to sex work to support her heavily disabled daughter when her benefits were cut, and when her husband became abusive and she had to leave him. Although offered a job caring for children like her own, she couldn’t accept it, as her employers would see that she had a criminal record for solicitation and her daughter would be taken from her care. If prostitution weren’t criminalised, this woman would’ve been able to leave sex work and support her daughter.

It’s important to mention that for the majority, sex work is not a choice but a necessary means of earning money, notably for migrant workers and those in countries such as Taiwan and Thailand. The Symposium heard from one such sex worker who stated that a prostitute can earn up to 4x as much as menial cleaning work in under-developed communities, which is barely enough to provide food for a family. In many cases, it’s a last resort occupation for those most vulnerable in society, and thus decriminalisation would ensure, at the very least, a safe environment for them to work in, and a way out of sex work if they wish.

It’s also worth discussing the ‘Swedish model’. Sweden introduced a policy that criminalised the client, not the seller of sex. Essentially, ensuring that the sex worker wouldn’t be punished. However, this doesn’t solve the problem as health risks still exist, perhaps even more so, now that it\s the client who would be punished if caught. Dr Jay Levy also affirms that this policy has lead to a rise in surveillance – CCTV was installed in areas known for sex work, along with an increased police presence. Police have also been known to inform on prostitutes to their landlords, resulting in eviction and pushing vulnerable women further into the world of sex work, from which it seems there is little hope of escaping. The ultimate proof that the Swedish model has failed is that the number of prostitutes has not declined at all, since the project’s inception.

Obviously there is a mass of opposition to this argument. For many it’s an uncomfortable subject. It has long been the official standpoint of governments around the world that prostitution is synonymous with human trafficking, and decriminalisation would only lead to an increase in this. This was vehemently refuted at the symposium – with one speaker quipping that you could find more victims of trafficking at the local beauty salon than at the local brothel. What I found interesting, as a comparison was a study conducted at Leeds University of lap dancing clubs around the country. When the dancers were asked if they knew of anyone they worked with being trafficked, the unanimous response was ‘you must be joking’. Because these clubs are legal and so visibly advertised to the public, they wouldn’t risk having illegal workers. Surely the argument would be the same for prostitution, thus reducing the number of trafficked sex workers – which is apparently pretty low already – around 6%, according to research from speaker Dr. Nick Mai.

Additionally, for those conservative types that remain unconvinced that decriminalising prostitution would reduce the presence of such a ‘harmful, social malice’, the fact is that prostitution has not declined since it was made illegal in England and Wales in 1985. In fact, the number of active sex workers has increased. Many of said traditionalists fear that decriminalisation would lead to a rise in the number of sex workers. However, almost every speaker at the symposium refuted this. Notably, in countries that are still experiencing economic difficulties, like the UK, prostitution is rising, as low-income families struggle to make ends meet. Thus, criminalising sex work hasn’t succeeded in reducing the number of sex workers, so maybe it’s time to give something else a go and ensure that those who do engage in sex work are safe?

Holly studies languages at UCL and when not pretending to be a cultured woman of the world, she can be found discovering new favourite albums or saying something sarcastic and almost permanently has a cup of green tea attached to her left hand. Holly is still hoping that one day her eyebrows might behave.