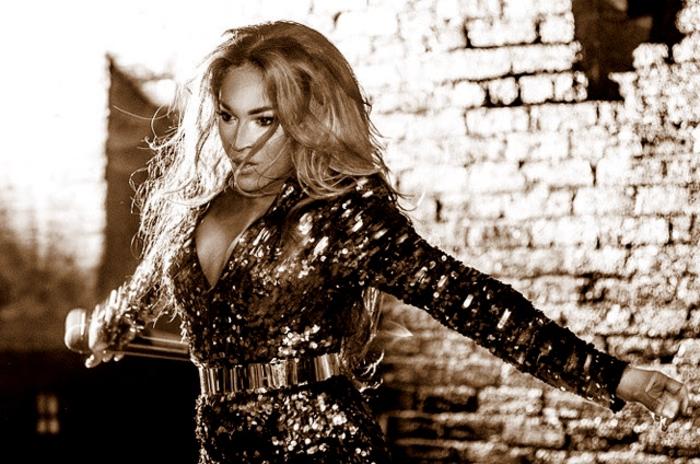 When I was five years old I ran around the house with a pillowcase on my head and a flashlight in my hand singing Whitney Houston songs. ‘I Have Nothing’, ‘I Wanna Dance with Someday’, ‘One Moment in Time’ – it was safe to say I was obsessed with all things Whitney. From then up until now it was also always clear to me what I wanted to be when I grew up – a popstar – and everyone around me thought of it as being clear also.

For the last 15 years I’ve been working really hard, studying and polishing my act as a performer to the stage where it would gleam with perfection. 15 years on and I believe I’ve got there; but it hasn’t been an easy process. I find the key to being successful at anything in life is to always ask yourself the question: ‘What do I want?’. Once you know the answer, obtaining it is about 80% easier. The answer to that question is power.

As a transgender woman I knew that making it in the music industry would be twice as hard as it is for any cisgender woman. Music is such a gendered industry, in terms of marketing and mass consumption, that is hard for anyone not cisgender to break through that mould. What’s more, with transphobia still at large, particularly that towards transwomen of colour, the chances of me receiving label backing were slim to none. But I was well aware of this before deciding on my career path and I knew that the  possibility of living my dreams and seeing my aspirations come to fruition would  make that extra work worthwhile.

The earlier part of my career was spent performing for and becoming popular in the LBGTQ community, impersonating Beyoncé. Even though I enjoyed this and earned their respect, it wasn’t enough. To help break past the stigma and prejudices which we as transpeople face, we need the whole world to see that we have a definite place in pop music. So I set out to make my own and change the status quo.

Of course I was scared and nervous, but I find that being nervous over the things you care about is a good thing; it often means that you really want something. In April 2015 I released my debut single and music video ‘Turn Me On’. I recorded and released it independently. I didn’t have to worry about a label rejecting me for being different, and if it wasn’t successful I would have no one to blame but myself.

My goal is always to challenge myself and to never get too comfortable. If you’re standing still too long, you’re not growing. Sometimes you have to make a way where there is no way. The bottom line is, even if you have to work ten times harder than those more privileged than you, the main thing that stands in the way of you accomplishing your goals is you. So get out of your own way!

Riley Knoxx is a popstar, entertainer, activist, Reality TV star and CEO of Riley Knoxx Inc. She still loves Whitney and, when not working, Riley is a self confessed fitness freak. She used to live her life, now she’s living her dream.

This article is part of Season V of PTL which is run in association with All About Trans.