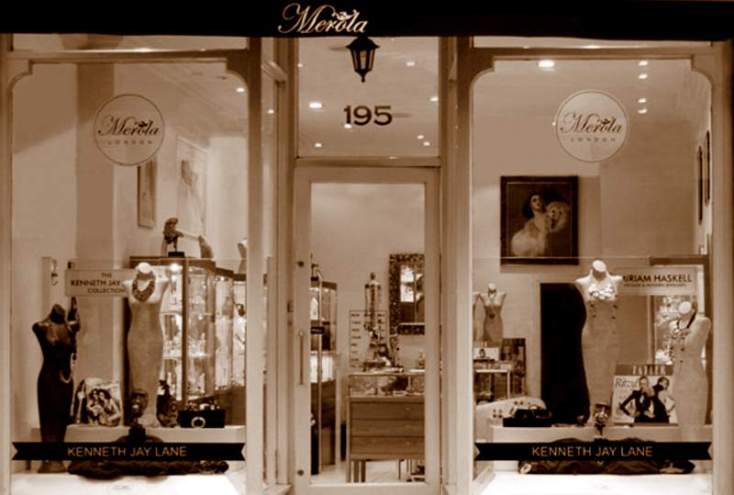 Amid the hubbub of London, in the heart of Fulham Road, a small beacon of wonder glistens on a corner: a magical boutique called Merola. 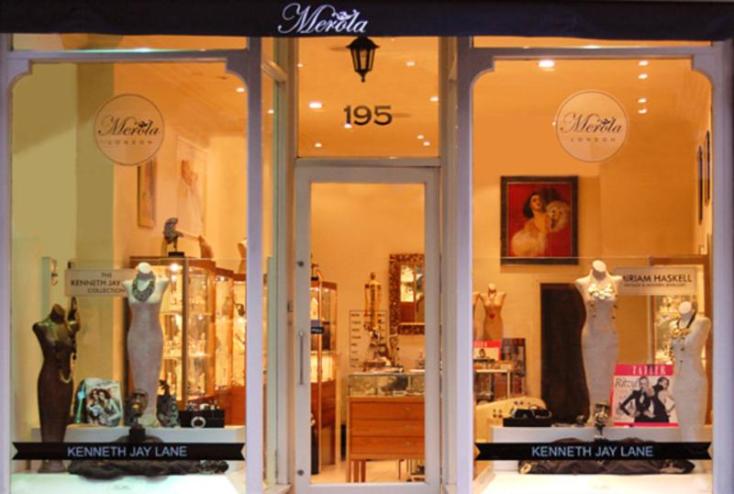 The magical boutique in question.

This treasure trove of costume and vintage jewellery is where I spent some of the best moments of my childhood. Maria Merola is the mother of my best friend Alessandra, and the owner and founder of this wonderful place. From the age of three, Alessandra and I scurried around what we believed was Ali Baba’s cave, sometimes discovering treasure, pirates’ loot, or whatever we expected to find at the end of a rainbow. Maria managed not to lose her marbles or a single tiara, thank garnet. She even photographed the ‘terrible duo’ from time to time in her gorgeous jewels if we were lucky.

Maria’s passion for jewellery emerged after a year spent traveling around Paris and Japan, when such travel was for the most part unusual for a young person.  She became aware of beauty and style with a capital ‘S’ from studying the Art Deco period, and whilst her knowledge grew, her collection of jewellery and artefacts grew also. Her only problem being that she wanted to keep everything she sourced.

Merola started its journey in 1976 when Maria opened her first shop named The Studio, in Camden Passage, Islington, named after the zeitgeist art magazine that started in the 1800’s and carried on until the 1960’s. One day an elegant lady came into the Islington shop and asked Maria if she would be interested in buying her collection of Art Deco Bakelite jewellery. Maria remembers the collection as ‘all abstract shapes, modern and fantastic. I was totally taken with it and bought every single piece offered’. 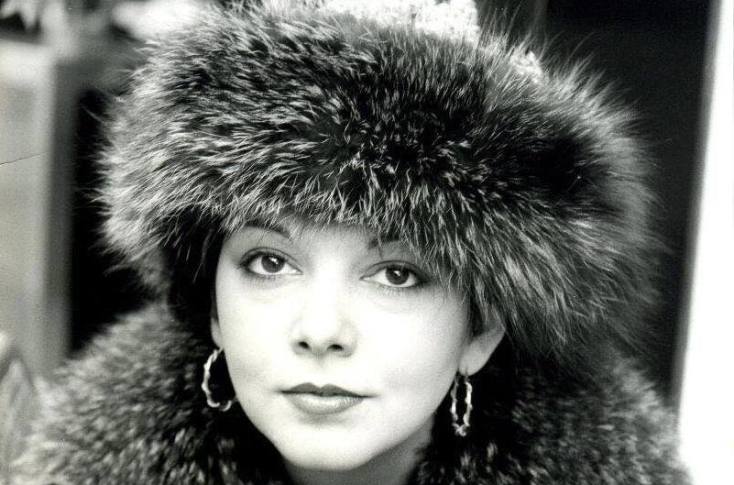 The lady in question.

This event started a long love affair for vintage jewellery. ‘I came across and was fascinated by, the works of Schiaparelli, Coppola and Toppo, Joseph Mazer, Trifari and Marcel Boucher, amongst others.’

Maria was able to see the value and beauty in designer pieces and was happy to pay a very reasonable price for them. Her personal favourite is a designer called Miriam Haskell, on whom Maria is now an expert, so much so that Merola is well known for its vintage Haskell.

I found my first piece of Miriam Haskell very early one Monday morning, around 6 am, at Covent Garden Market. It was a simple pearl pendant on a strand of Miriam Haskell pearls and was signed on the back of the pendant. It held a very strong and a strange, almost magical attraction for me. I could find out nothing about her anywhere (this was a time without internet and computers). And it took me quite some time to find out that she was in fact American. I then started a quest to find her pieces and this took me to seek out dealers in America. That first trip, I bought more than my body weight in Miriam Haskell jewellery!

Another shop soon followed in Kensington Church Street, and Merola the brand was born.  She also opened in Walton Street and is now at 195 Fulham Road, London. Maria’s talent for identifying the unusual and items of distinctive beauty is uncanny.  She has a rare eye and great taste, which continues to delight her customers today. In a society that seems so concerned with the label, we can all learn from Maria’s motto:

‘My philosophy is simple. First it has to be beautiful and it has to have an element of the design genius. Then and only then, can one ask the question: who made this? And how much is it?’

Lucy (23) is a graduate from the New York Film Academy and screenwriter living in London. Her dream came true when she started working for Merola this year. She loves all things that glitter, her dogs, adrenaline and Mickey Mouse.