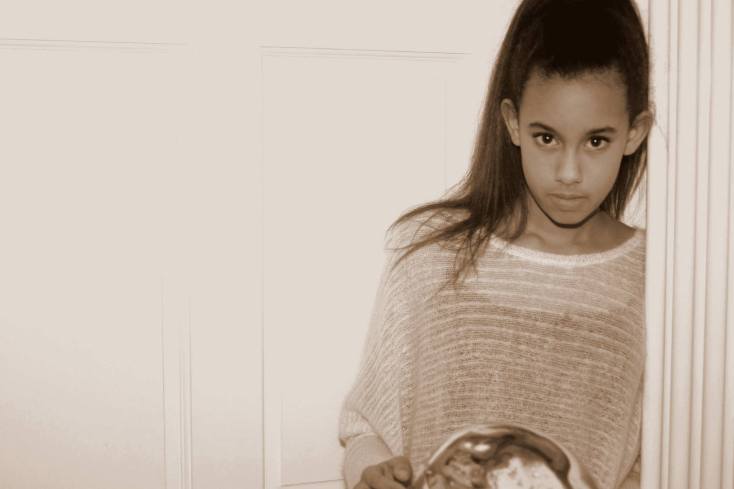 FILM, THEATRE & TV Editor’s Note: Abigail is like Houdini. Whenever I’m home, she disappears for hours and hours of time. Her experience of film is vastly different to the one I had at 13. Film and television series are all available to her instantly. I’ve gathered the impression that it makes no difference to her whether she’s watching three episodes of Pretty Little Liars on her phone screen on a bus or (illegally) downloading some new film on dad’s laptop at seven in the morning after her paper round. She knows the name (and life story) of every good-looking kid actor, and knows what they get up to on a daily basis via Instagram. Personally, I oscillate between wonder and despair at her capacity to consume film after film in one sitting. I worry that they’ll merge into one for her and she’ll never gain anything edifying. Or that each film will be rendered obsolete by the next. And then I feel like a grouchy, cynical old fart. I decided to give her the time of day – and thought you might like to, too. – Hannah O 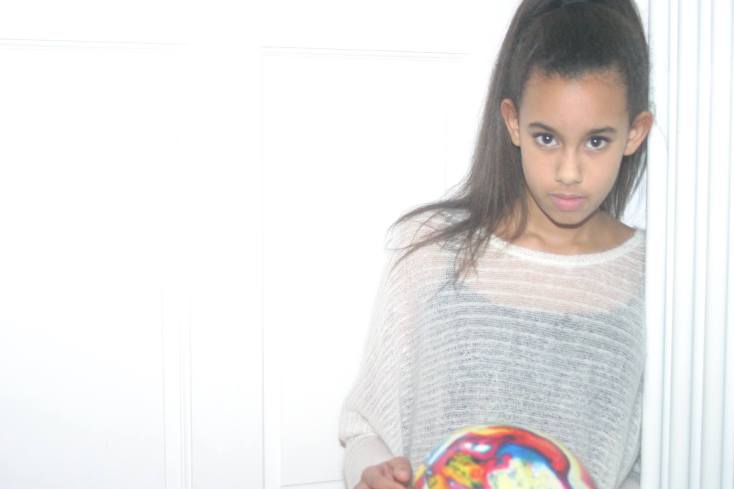 Don’t ask me why I have such an interest in films, I barely even know where to begin to write about them.

I’m 13, and as you can probably guess, I have never written about my largest interest. My name is Abby and I have a love for films and period dramas. (Introduction to an addict’s group, anyone?) I can indulge seven series worth of television in one weekend. It seems large, but it only takes serious adoration of the chosen programme to get through them. I am momentarily trying to think of my favourite film and TV show but as soon as the question pops up, I honestly have no clue. There’s just too many to choose from.

It’s strange but I don’t remember my first ever trip to the cinema. I am told that it was to see Nanny McPhee, a film that I would call a childhood favourite. Only now as a teenage girl, I am only interested in how the eldest son is now in a film that includes ‘celebrity crushes’. Typical. Other memories that I don’t have but people tell me of, include my older brother as a little boy crying at Finding Nemo. How could films effect you so much that you end up feeling emotional by the end of it? I especially like the way that films are aimed at certain people: when someone watches it, they can feel that it was made for their own enjoyment.

I think that it is the way that films are shot and how actors can be totally different characters on and off screen that grabs my attention on how the making of the film could be intriguing. Apparently it’s a new thing that my sisters didn’t have, but all my celebrity crushes who are in these films have to do additional teasers and behind the scenes interviews months in advance. These are released online, and Hannah tells me it’s so that ‘obsessive tweenagers’ like me get hooked and go buy all the merchandise before the films come out.

Just recently, I’ve been thinking that I want to go into the film business, perhaps as a director. That might be the reason why I’m eternally retreating to my bedroom, watching films on my dad’s work laptop; or finding excuses to go to the cinema just because it’s a rainy day or an Orange Wednesday. Being able to be a part of worldwide entertainment one day would be a privilege – knowing that my own work has been enjoyed all over the place. Although you can produce anything and publish it internationally with the same awe and wonder in response, I guess I just like the idea of films especially – clasping a whole story, acting and directing that very story, then spreading it everywhere – it is almost like advertising your favourite book, just in pictures instead of words. My older sisters are always telling me that it’s so much better to read the book before you watch the film. I don’t completely disagree (Editor’s Note: blatant lie) but I think of the times where you can watch and still enjoy the screens rather than sitting in the quiet focusing your mind on the same information being shown in a film. I like the fact that it sure doesn’t take as long as reading the book.

In the Easter holidays, I went to the cinema with a friend of mine to watch a classic  film that was recently reproduced – Cinderella. I enjoyed it so much that that night I watched interviews and bloopers from the very film, recognising many of the actors from previous television series, such as Downton Abbey. Then, whether surprising or not, I went the next day to the same cinema, to see the same film, only with a different person that happened to be my older sister, who was also very excited about this children-based fairy tale – only I couldn’t say anything because I was seeing it for the second time on the big screens.

If I’m not watching the film in the cinema, you will definitely find me in my room, in bed, with the laptop almost falling on top of me…to me, cinemas are there for more than just film showing. They bring all different types of people to one screen room to watch one film. Even though you have the typical people who go on their phones throughout the screening, everybody else can share their interests in comedy, romance, action etc. The variety is so large I have favourites in every genre. You’re able to watch a film with all of your friends on a huge screen with comfy seats, sweets and popcorn. Who would want more?

At home, my dad bought the family a tiny box. It has hundreds of different films linked to it with television shows too. This small, white (heavenly) box can be such a good excuse to be absent from school! If only I was able to get onto it because according to my brothers, the Play Station has larger priorities. Fortunately, the internet exists, so I can find my ways to watch the films I desire, if only it wouldn’t buffer every five minutes as each person in the household is also trying to get hold of the full wifi bar signal.

Films can grab everybody’s attention, whether they are classic love stories or sci-fi fantasies. They come in so many different genres that there cannot be one person without at least one favourite. Whether they are happy or sad, funny or terrifying, you can always find your comfort in a film.

Abby is more of a watcher than a reader (and more of a talker than a listener, according to Mum’s eavesdropping input). At thirteen, her main interests are shopping, baking and Dylan O’Brien. Despite being the youngest, she has the longest legs in the house, and the sass to go with it. As her Banksy-‘d bedrooms walls attest, she is just deciding ‘what to do with her wild and precious life’.