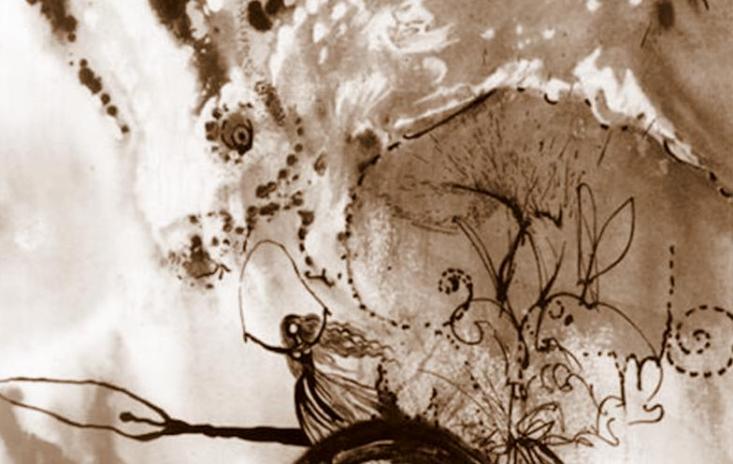 #anotherearthart is a feature in which we get people to tell us which artwork or fashion image they’d choose if they had to leave earth today and go to a brand new world empty of all our art. The idea being to find out more about people through their artistic interests. That and to look at some nice images.

Down the Rabbit Hole – Salvador Dali 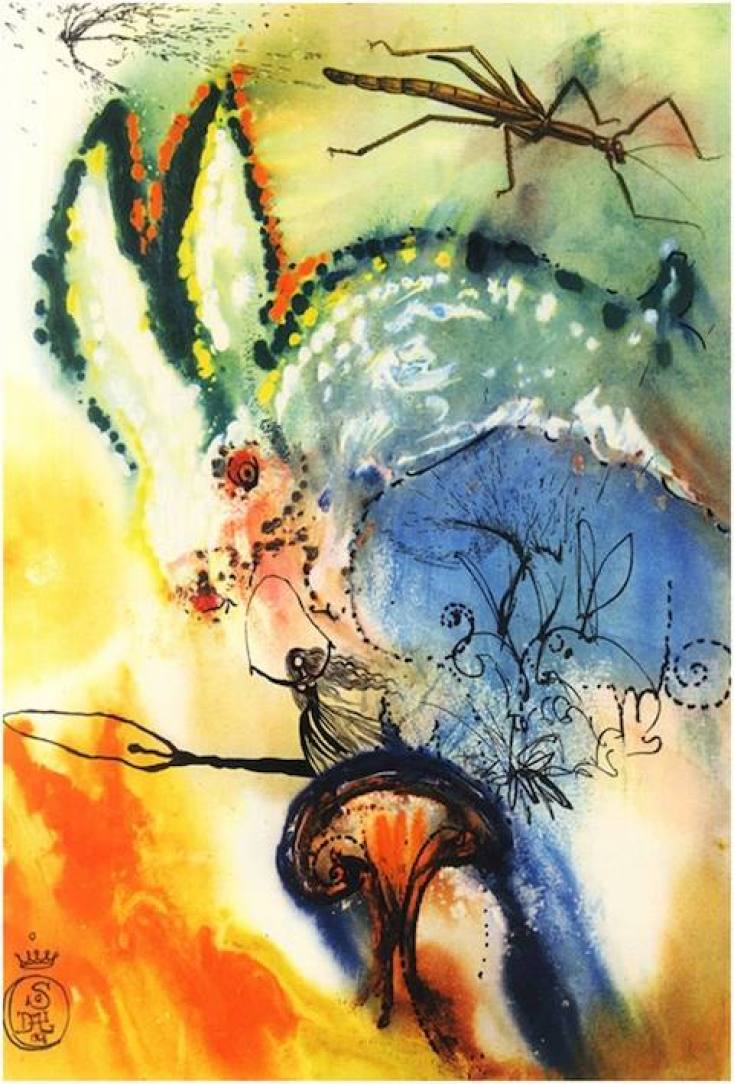 As far as landing and hopefully living (assuming there’s some sort of breathing apparatus and/or I’m one of those genetic anomalies that can adjust to any kind of oxygen levels) on another planet goes, I think it’s safe to say it would be surreal. Not least because I’d be the only human in existence.

So being the one and only representative for the human race, I would want to show our capacity for imagination and how we, as a race (and myself as an individual) exhibit our receptiveness to change, our open-mindedness and adaptability to a new reality. For me, this would be best done through this work of art, by the amazing Salvador Dali. I may have to explain his genius – maybe even the word ‘genius’ itself – but once done, I’d be able to explain to the inhabitants of this planet that this piece is an interpretation of the story of a young girl, who falls down a rabbit hole into a whole new world, much like I have done.

It would be a way of communicating my journey, and, hopefully, given its surrealism, my capability of thinking and living outside the reality I had known and grown comfortable with in my own world. And then it would give me great solace and comfort as I embark on this new adventure, because it is so reminiscent of childhood. It would encourage me to think positively, and to always be open minded, because of the ideas of friendship and discovery that are so central to the ‘Alice’ story.

This painting demonstrates above all the way emotions can be expressed simply through colour. Hope and happiness, anger and jealously, excitement and boredom: they’re all here, in this painting, all merged together as the colours are and all showing that humans are vulnerable and thus understanding creatures.

The girl with the skipping rope is a strong, central figure to the painting and would play a central part in my taking on of my new role as the representative of my race. I could envision myself in the heroic role of Alice: her blank, featureless face would lend itself to my own identity, and her strength in the painting would remind me of my ideologies and my memories, the things which make me who I am.

That I’d want to take forward into my new life – just as Alice did.

Natasha Perkin is a fashion student with an unhealthy love for Balenciaga. She aspires to live a crazy life with James Franco, taking an offensive amount of bathroom mirror selfies.