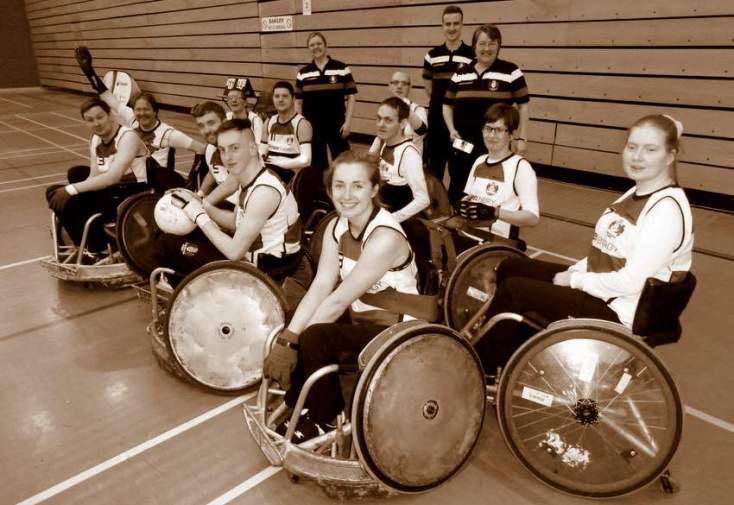 In the first, I was a normal kid who got through school, played sports, sang in shows and pushed the curfew on Saturdays. I got to university, made great friends, and played hockey for the 1st team. Sport has always been the most important part of my life. I love competitive sport and I’m pretty sure I’m addicted to exercise. Hockey was always my number one pastime but I enjoyed playing tennis, athletics, and badminton too. 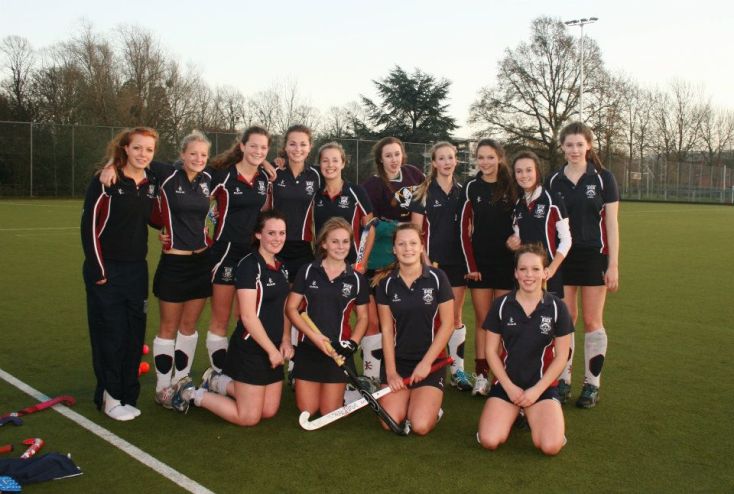 My hockey team from school.

My family and I live in the Cotswolds now and before that we lived in the Lake District, so the outdoors were always a big part of my childhood, and I spent the best part of my junior school years getting myself and my first best friend lost in the hills of Kentmere. I’m glad I had such an active childhood and threw myself into freezing rivers whilst I could, because now it’s infinitely harder to do those things.

In June 2013, after my first year of university, I was involved in a car accident with two friends and my second life began. When I woke up from an induced coma, my first thought was the trip to Rome I’d planned with a friend, that I was told would have to be taken another time. I couldn’t understand why the nurse wouldn’t tell me when I could go home but, the truth is, they didn’t know if I was going to get over the injuries I’d sustained. I did, but after three weeks of sucking juice from a sponge in an intensive care unit, and then regaining hand function in a ward for traumatic accidents, it began to sink in that it was unlikely that I’d walk again and my life chasing hockey balls on an astro-turf seemed a long way away.

I cried a lot and I still miss it now. 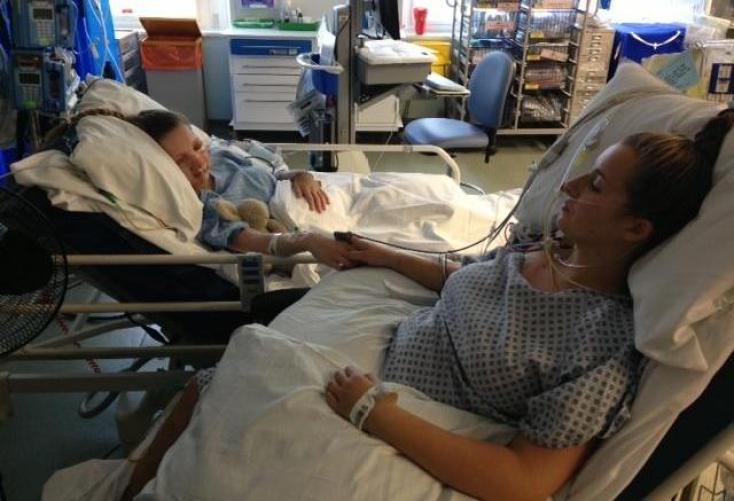 One of my friends, who was also involved in the crash, and I in intensive care.

When I developed enough strength, I started the course of physiotherapy that took me from full dependency on multiple nurses to independence. It took five months. My left hand doesn’t work properly, so there are still things I need help with, but I’m back in the world of sport and I feel like I’ve come home again.

In the crash, five of my ribs were broken and/or fractured in multiple places. My liver was also severely damaged; needless to say, I got a lot of pain from everyday things like hugs, coughing and lying on my right side. Because my right lung was crushed, I had trouble breathing for a while, too. I couldn’t play physical sports (yet) so I started shooting whilst still in rehab, in November 2013. My coach plucked me, in my ragged, bony state, from the spinal unit and trained me to shoot air pistols. In March 2014, I represented Great Britain at the IPC World Cup, and then again in Poland in May that year. Finally, I felt that I had my drive back again; the kind of drive that few things other than competitive sports can inspire.

In June, I managed to convince Mum to let me try wheelchair rugby (a.k.a murderball) at Gloucester Wheelchair Rugby Club and I’ve never looked back. I was getting stronger and felt ready to get back into contact sport. It’s the closest to hockey that I’ve come since my injury and it felt fantastic to be part of a team again. Since then, we’ve achieved the top position in our division and are looking forward to the Nationals in May. This is my second life and it’s looking up! 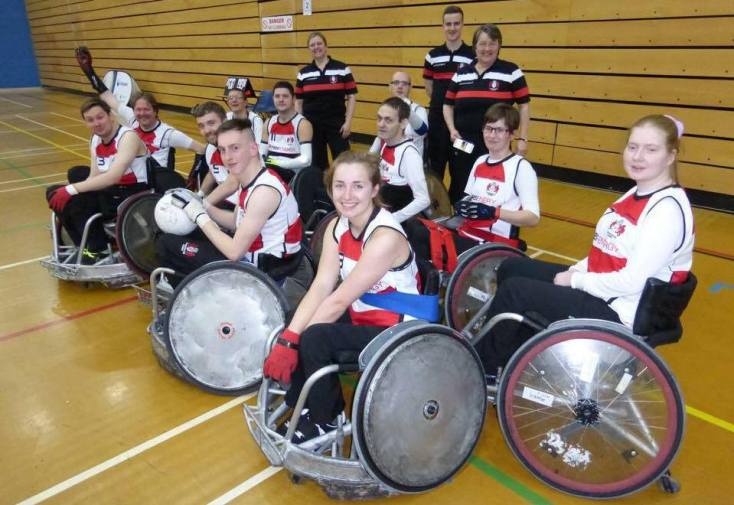 Pre game with the ‘murderball’ team.

I’ve also started playing badminton for the Devon Racqueteers whilst at uni and met more people that share my passion for sport. There are fewer opportunities and sporting organisations set up for disabled sport, and I have to thank Mum for running me around the country (and Europe) for shooting training and rugby matches. There are hundreds of people of all ages, from every background, who, regardless of their disabilities, pursue sporting success and have exactly the same goals as able-bodied athletes. With the triumph of London 2012, more and more people in Britain have taken notice of Paralympic sport and more disabled athletes have been motivated to take up sport with a view to sporting success.

I’m just one of them. I train alongside Paralympic shooters, I’m coached by members of GB wheelchair rugby and my badminton club has found new fervour after the announcement that wheelchair badminton will be added to the Paralympic competition sports in Tokyo 2020. It only seems natural for all of us to aim to represent our country on the world’s largest stage of disability sport, and that’s my goal.

Hopefully, some of the great friends I’ve made in all these sporting pursuits will succeed in their Paralympic dreams, and to achieve my goals alongside my teammates would be, I have no doubt, the most rewarding thing I could ever achieve. Until then, it’s hard work and good training… 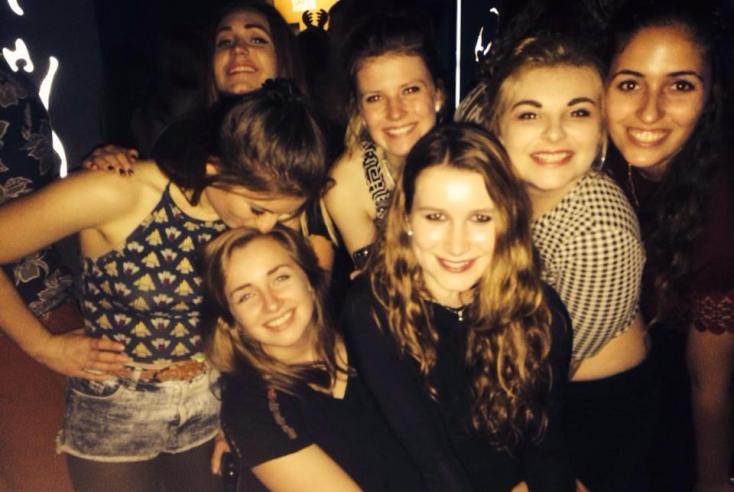 Working hard back at university.

Oh and finishing my degree, I suppose I’d better get some reading done at some point too!

Issy is a professional athlete. She is also an English Literature student at the University of Exeter. When not playing rugby, badminton, shooting etc. or, occasionally doing uni work, Issy can be found talking philosophy, being sarcastic and/or enjoying a full English breakfast. Bacon is life.