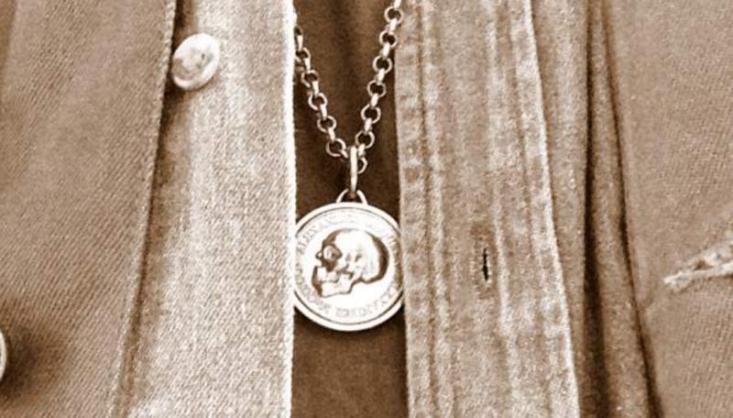 #inthecloset is a feature in which someone chooses an item of clothing of particular significance to them and tells us about it and why it stands out to them among everything else in their wardrobe. The idea being to gain an insight into someone’s life through what they choose to wear. That and to look at some nice clothes. 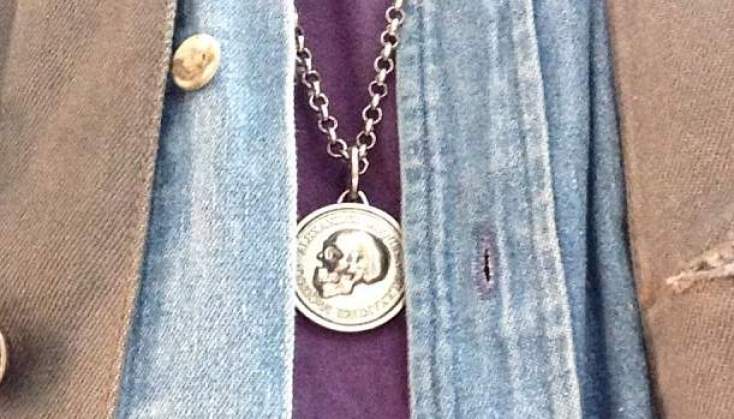 This pendant was an 18th birthday present from my mum. I was going through a sort of angsty teenage stage in which I’d turn my nose up at any piece of clothing I deemed not ‘me’ enough and, with this in mind, my mum saw it best for me to choose my own gift. I’d been wanting a mangle (man bangle – of course) for a couple of months but, when I saw this discounted McQueen pendant, I was besotted. I never received (and am still yet to own) a mangle of any sort but the pendant fast became my favourite piece of clothing.

I think it was aged 14 that I actively started making decisions about the clothes I wore. Up until then my mum had dressed me in all things preppy but with online shopping at my fingertips I soon began distancing myself from the clothes I grew up in, trying new things and establishing my own sense of style.

Many clothes in that period of experimentation stand out to me – a studded neon green belt (that was totally cool for a while), my first pair of chelsea boots (I wore these with everything), a pair of Kooples leather look jeans (the leather sheen came off in the wash one day. I noticed this during a driving lesson and nearly crashed the car…not really but really) – however it’s this skull pendant which stands out the most.

Having developed an obsession with Alexander McQueen ever since I first saw the Plato’s Atlantis collection in the ‘walk walk fashion baby’ segment of Lady Gaga’s Bad Romance video, it fast became an aspiration of mine to own one of his pieces. The theatre and intelligence he brought to fashion has long been missing since his death and having spent the years since he passed educating myself in his life and career, I wished to possess something of his to honour what a great talent he was. I could never afford any of his clothes – so it seemed as though this wish would not be fulfilled for a long time, let alone my 18th birthday, but when I stumbled across the pendant in all its discounted glory – it was too good a deal to ignore.

The reason I chose this pendant in particular is because I have a thing for skulls – not just because of McQueen’s affiliation with them but because I’ve always believed there’s a beauty to them. This I usually find quite hard to explain without sounding like a bit of a knob – but, somewhat miraculously a viral video appeared last week, which expresses my thoughts on the matter rather brilliantly.

Essentially I believe that skulls represent equality; underneath race, religion, gender, sexuality, wealth, age, disability etc. – we’re all skeletons. Irrespective of our differences and how both we, ourselves, and others treat them – we’re all human. *oh dear – i deffo sound like some colorblind idiot here*

Pretentious/problematic musings aside however, this pendant is important to me because I’ve worn it every day since I first got it. The result being that I not only feel naked without it – cue minor heart attacks when I accidentally leave it in the gym changing rooms – but I also associate it with so many memories I hold dear. The day I got it for example, my 18th birthday, was a beautiful day spent with friends dancing, cooking, laughing and going out – waving goodbye to my youth and celebrating my impending adulthood…trolololol.

And since then it’s been with me everywhere. I wore it the day I left for uni, the night I met my boyfriend, the day I launched Prancing Through LIFE, the days I queued twelve hours straight to be front row at the concerts of Beyoncé and GaGa respectively. I’ve worn it in Gloucestershire, I’ve worn it in London, I’ve worn it in Edinburgh, in Barcelona, in Brest and now Milan. Just like my nose piercing, it’s always there. I may choose to put it on but it’s become an inescapable part of me and my look. I struggle to be without it. 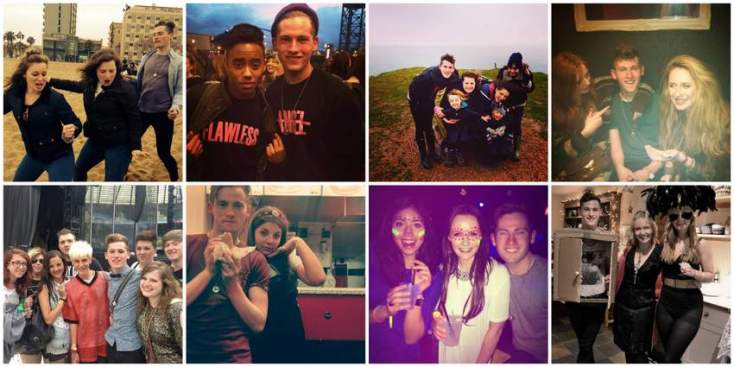 The Pendant & I: a series of photos which feature me and the pendant.

My style has changed a lot since my 18th birthday – the less said about that blue leopard print shirt, eyeliner, bow tie combo the better – but the pendant has remained and long may it stay: reminding me of McQueen, turning 18 and all the things that have happened and places I’ve been since I first wore it.

Sam is the Editor-in-Chief of PTL. He likes adapting surnames into brand names and pretending to be professional. His favourite novel is Cloud Atlas and he has Madonna marathons on a regular basis. Sam tries to make out that he has his shit together but more often than not can be found crying watching Desperate Housewives reruns. Some episodes are really sad okay.