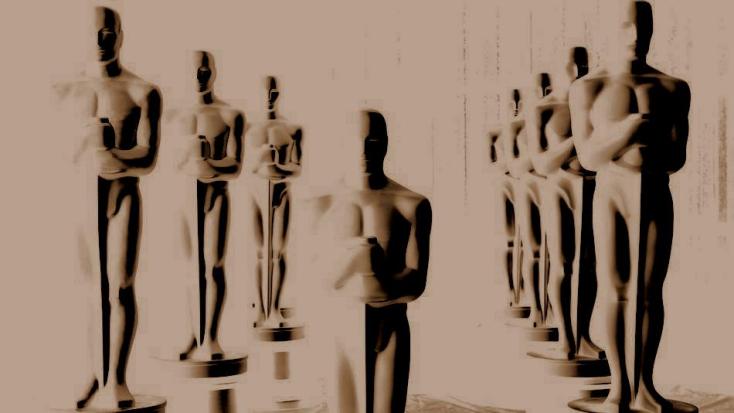 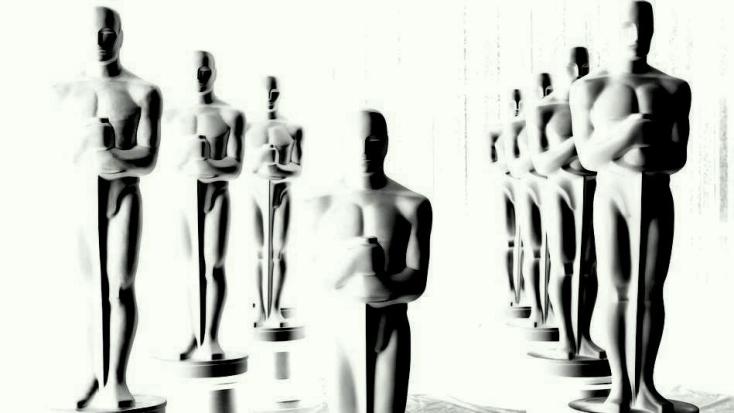 Or so some producer, whose identity has been conveniently withheld, expressed in an email to Sony Entertainment Inc. Chairman Michael Lynton last year. The reason Denzel Washington’s The Equalizer got only 45% of its box office intake from overseas was because the racially-neutral role of the protagonist was played by a black actor. The producer predicted a 65% intake should he have been white.

This email was in turn hacked in December 2014 along with thousands of Sony’s other email threads, by supporters of North Korea’s Kim Jong-un; a group of supporters so-called – I kid you not – the ‘Guardians of Peace’. The content of these emails was then used as leverage to stall and unsuccessfully attempt to prevent Sony Entertainment’s release of its film The Interview, which starred Seth Rogen and James Franco in an elaborate (and fictional) plot to assassinate Kim Jong-un. It has since been claimed by US government officials that North Korea was ‘centrally involved’ in the hack.

Roll out a script and raise a budget, this story is fucking golden. This would be a plotline to rival Argo and Fargo and Burn After Reading, if we’re concerned with the popularity of stories of botched intelligence and blackmail and blundering operations. Except – it’s rather likely that the hackers are North Korean themselves. Aw shucks, that’s a minority ethnic lead. No can do.

All right. No comment (yet). So roll on the Oscars this weekend. Where the international film scene is afforded one measly high-profile award, the Foreign Language Film, and where all non-English speaking films must have been commercially released in Los Angeles with English subtitles, to be up for nomination. Surely, with such a condescending regard for the ‘internationals’, the Oscars would be more weighted in the favour of its darling Denzel Washington and other English-speaking minority ethnic stars.

Not so. The reel of 2015’s Oscar nominees couldn’t be more whitewashed if it tried. Selma, this year’s token ‘Black Film’, is up for Best Film. And in America’s Black History Month, the rest is, well, (forgotten) history. Let’s take it back to Denzel (oh, Denzel). Denzel of Man on Fire, of The Manchurian Candidate, of The Bone Collector, of Flight. Denzel of the legendary statement:

Give me everything Harrison Ford is turning down.Denzel Washington

In the 1990s, this meant ‘give me scripts intended for white actors’, ‘give me scripts that aren’t just about black history, or racial prejudice, or intended for solely black audiences, or using a black face for a flat, sideline character to up representation’, ‘give me a juicy role to play’. He got what he wanted, and he got Oscars for it. So what’s up, 2015?

Well. Another email of Amy Pascal’s was leaked on the issue of who Colombia Pictures should cast as the next James Bond. The headlines were everywhere. Now we’re talking … 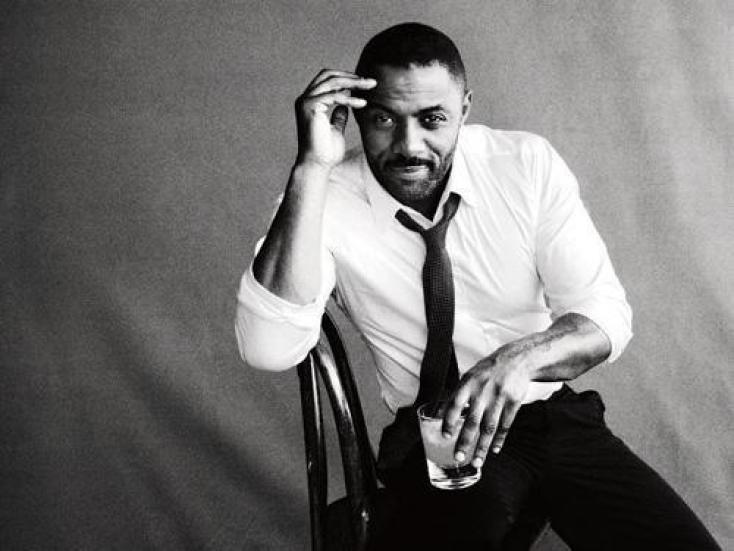 Who? King of Class. Suited to suave. Suited to a glinting crystal glass in hand and no wedding ring. Suited to strong drinks, soft lips and no small talk. Suited to sex. Suited to stirring situations and sipping shaken cocktails. Born to wear a suit, in short. Double breasted with a bow tie. In black.

But who? James Bond or Idris Elba? Exactly.

Wait, Idris Elba as James Bond? Yeaboi. Sex in expensive shoes. Slick. Smooth. Smart. Strong. In them sultry, silky tones, he’d say ‘the name’s Bond. James Bond.’ And he’d narrow those dark eyes and pout those lips in a way that would give Daniel Craig a run for his money, and the legend would live on.

Ok. I see. But, I mean, well…a black Bond? It’s the 21st Century. And the franchise is constantly regenerating itself. And race is not central to the character. And Elba is at the top of his game. So what’s the problem?

Well. Like. James Bond is such a piece of British artistic culture. Y’know? I know.

So…like, the Bond films are, like, British cultural roots. Y’know? Ah, I see where you’re going with this. So Idris Elba isn’t British enough?

We’re talking about British history. A bygone era. Ian Fleming would turn in his grave. Who? The same Ian Fleming who wrote every one of the Bond novels over a twenty year period in Jamaica? That Ian Fleming?

Oh. Well when you put it that way… Look. We digress. The point is, Idris Elba is the bomb, and he’s said he’d jump at the chance to play James Bond. And Amy Pascal said he’d be her first choice, because he’s British, and because he’s fucking ace. Savvi?

Hmm. Perhaps. I mean, in making a big hoo-hah about blacklisting, I reckon Colombia Pictures and Sony have probably done a good job of blackmailing themselves into offering him the role. All shall remain to be told.

Well. Come to think of it, I guess it would be good for, like, black identity and shit. Yeah, it probably would. Unless he becomes the Obama version of the literati, God save us. The Black James Bond. Let’s be clear – if Elba plays Bond, it’ll be because he’s suited to Bond. Not because of his race, not in spite of it.

Nah. People can totally get over that. Don’t sweat it, man. No big deal. No. Big. Deal.

The ‘Black Film’? Well, that’s a bit racist. What? The film with all the black people in it? Don’t be afraid to say it, mofo. Last year, it was 12 Years A Slave. This year it’s Selma. It seems Hollywood can only handle one really good film by black people about black people a year. And this time it’s got just one nomination.

So? Maybe there’s just too many good films out there this year. And, ahem, I think you’re forgetting Django Unchained. Umm. You mean the film made by Quentin Tarantino? And produced by the Weinstein brothers? Sure, it was a great film, no denying. My point is, where is the recognition for films by black people? About black people? Hell – not even about black people. About people.

Well. They’re around. If you look for them, you’ll find ‘em, surely. Why am I having to look for them? Why is this a specialist market? Steve McQueen can’t be the go-to black director. Amma Asante can only create one film every few years. Spike Lee can’t carry the baton on his own. I mean, come on. And, like, why are they always having to account for or answer to or anecdote their race into publicity for every film?

Look. I think you’re overreacting. Black people are minorities. So are black filmmakers. What came first, the chicken or the egg? How far down the line of social and anthropological issues must we go before I can be angry that the Oscars is so whitewashed? Or that Hollywood is so brainwashing that it can make people believe there’s no money to be given or audience to be had for filmmakers who aren’t white and wanting to depict normative white lifestyles? Where are the two-dimensional and racially-neutral roles given to minority ethnic actors? And, more to the point, where are their nominations in 2015’s Oscar ceremony?

Blimey. Now you’re ranting. The Oscars is just one ceremony. Chill. It’s the ceremony. It’s where it’s at. The reason so many people are so jaded with the Oscars is that it’s this little, insular bubble and it’s refusing to change with the times. So let’s change it up! Let’s keep the glory days of the glamour of the gods, and make it put its money where its mouth is! If the Oscars harnesses its prestige and its claims that it is a proponent of diversity, it could be one of the most powerful mainstream agents in altering how race is understood and identified with in modern society. On a global level.

That’s one whole bunch of fancy words and long sentences. But truth, tho. Word. 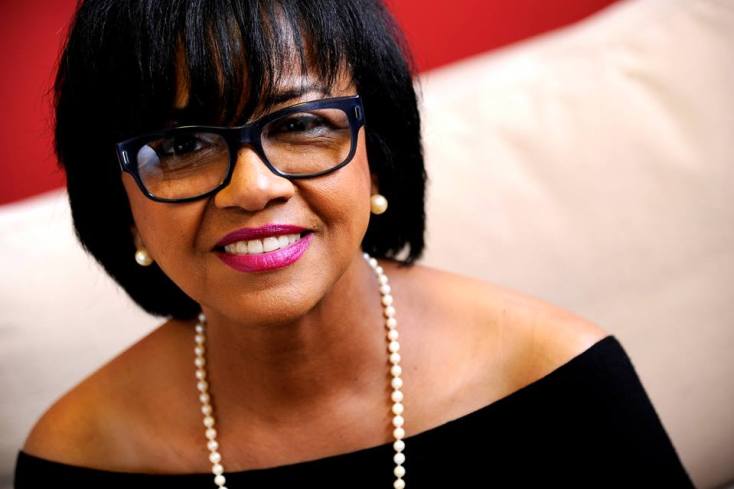 Is that supposed to be some cheap pun in reference to the Iron Lady and the colour of Cheryl Boone Isaac’s skin? Hmm. Yeah, even I’m not sure about this one. But I mean, it’s not common knowledge that the President of the Oscars Academy is an African-American woman. It surprised me, that’s for sure.

Ok, ok, what’s your point? My point is that strong, influential, powerful minority ethnic people – and a minority ethnic woman at that – do exist high up in the film industry. It’s a Thing. It’s not some far-off, unattainable dream anymore.

Duh. Point taken. I’m not done. Cheryl Boone Isaac may be President of the Oscars Academy – but why hasn’t she made it a priority to Make Sure The Whole World Knows? I get that it can be tiring to be a proponent of one of society’s categories, instead of an individual, but when you’re kind of unprecedented, ain’t it kind of necessary? And what’s more, why – when you’re an African-American, female President of the Oscars Academy – is #OscarsSoWhite trending across Twitter because all twenty of 2015’s acting contenders are (hashtag) so white?

So you’re saying she’s got a responsibility to, like, be a black spokesperson? It’s coming on strong, and that’s a strong way of putting it, but … uh … kinda. Somebody needs to. And she’s in a great position to do so. The fact that she’s saying platitudes like the academy ‘is committed to seeking out diversity of voice and opinion’ instead suggests the reason she’s an African-American woman and still President of the Oscars Academy is because she’s quite good at keeping her mouth shut on racial matters to old, white Oscarian men. It’s pretty bad, man. #OscarsSoWhite.

Fair enough, I guess. Thanks for hearing me out. I appreciate this is a bit of a controversial one.

Fo real? Rant over? Rant over. Seriously – thanks for hearing me out.