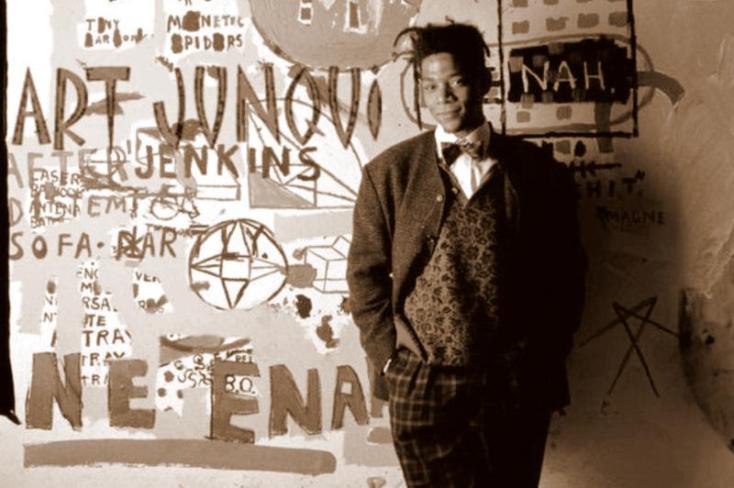 From the impoverished dark corners of the 70s art scene in Brooklyn, an unexpected voice arose, challenging the realm of high art that was unquestionably and predominantly white.

The narrative of Jean Michel Basquiat’s life is arguably as powerful as the art he produced. Basquiat had a clear sense of direction: to achieve fame, not in the cringey, glamorous way we think of today, but to make his mark in an unequivocally exclusive art world – and all this despite the fact that he was living on the streets. His struggles, inspiration, and urban life are all woven into his paintings. Even today, it is this honesty and youth in his artworks which truly sets him apart.

The trailer for the Tamra Davis narrated Basquiat documentary: The Radiant Child.

The graffiti that Basquiat and his friend called the ‘Same Old Shit’ epitomized an up and coming trendy scene in downtown Manhattan. When Basquiat decided to make it happen in Manhattan he also caught the attention of some high-brow art circles. In fact, he was encouraged by collectors to transfer his graffiti and drawings to the more ‘acceptable’ canvas. But having left home at 17, he had no money to even buy cheap paints. In ‘The Radiant Child’ we see his background as half Puerto-Rican and half Haitian, and the reality of his economic situation (flat-broke), becoming entwined with his identity as an artist.

Storming out of the home of a wealthy art collector, his former girlfriend remembers him saying that he had felt ‘like a slave’. Perhaps the collector had directed racial prejudice towards him. Or perhaps he simply perceived the implicit inequality in the world that he had entered. Considering the personal nature of his work, when Basquiat offered up his art, in a way he also offered himself, and this to the white and wealthy art establishment. The notion of a black voice being sidelined in society, and being dependent on the majority white voice, clearly still had its roots in the artistic sphere. 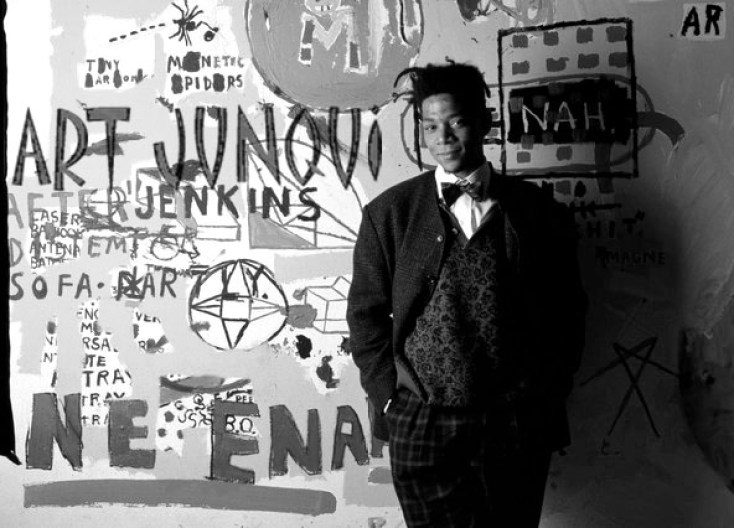 Basquiat alongside his work.

In his paintings, Basquiat undeniably creates a social commentary, and responds to contemporary, historical and personal issues of race. His self-portraits confront the viewer with opaque black paint for skin, and his features and afro-carribean hair are crudely simplified.

Many critics have focussed on this ‘primitive’ style in conjunction with his identity as a black street artist. In fact, at the height of his career, racism from the media was masked as a critique of his art. An interviewer (who, in all fairness, could barely form coherent sentences) tried to define Basquiat ‘as some sort of erm primal erm expressionism’ – to which Basquiat replied ‘you mean [I am] like an ape or primate’. 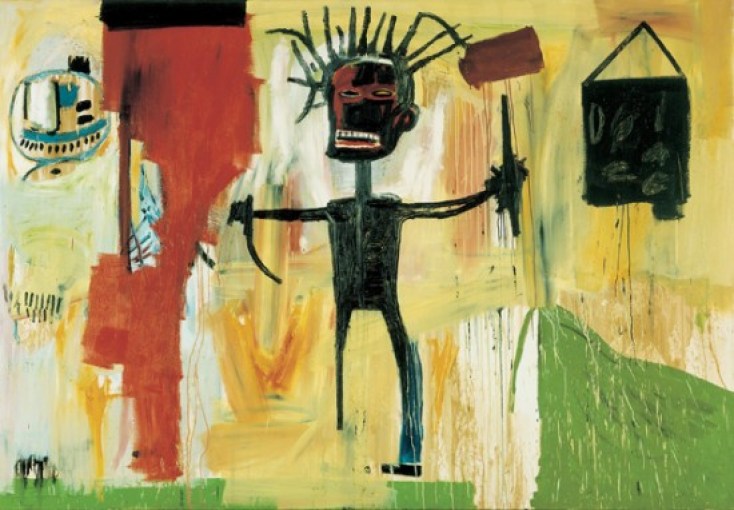 One of Basquiat’s many self portraits.

One would hope that, in this day and age, a comment like that would not slip by unnoticed, as it did then. Basquiat became increasingly aware that to an extent the hype surrounding his art derived from a fascination of him as an individual, and perhaps even an incredulity at his success as a black artist.

‘You like to be called the black Picasso?’ another mocking interviewer stated (incorrectly). Basquiat was flattered but also insulted. Although his identity is central to his art, the bottom line is that the blackness or whiteness of the artist should not solely define their art. And anyway, if we bring Picasso into the mix, chances are we should be talking about red, blue and green skin, and not black or white at all.​

Anisha is the Deputy Editor of ART & FASHION at PTL. When she was younger she wanted nothing more than to be a window cleaner, but nowadays she’s content with passing the time with reggae aerobics, making art whilst listening to feminist audiobooks and wishing she could eat peanut butter (bloody allergies). She also quite enjoys this whole writing articles thing.

To find out more about Basquiat watch the documentary: The Radiant Child.