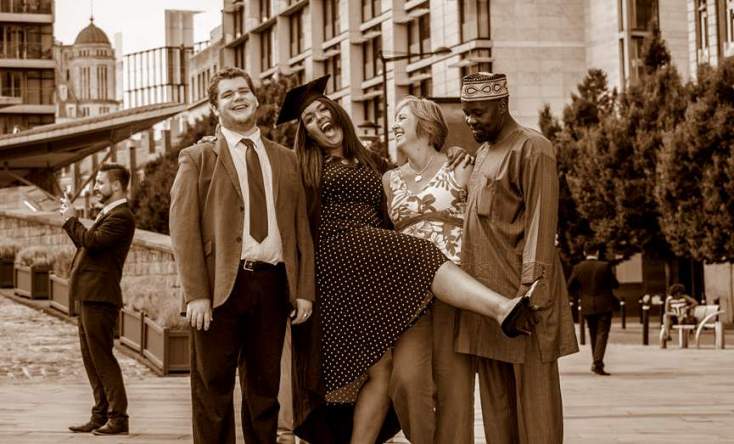 My father is Nigerian and my mother is English; I was born and raised in Oxford in the U.K., mocha-coloured and middle-class.

Developing a positive body image has been a long process; like many girls my age I have had spots, glasses, uncontrollably wild hair and weight issues, but being mixed-race is a more complex identity than many would assume. I’ve noticed that many people feel like discovering my heritage will be some sort of Ice-Breaker and say things such as ‘do you prefer half-cast or coloured’ – usually I tell them I prefer Ruby. I’m so readily referred to as ‘my black friend’ by others, yet if I were to identify as white, which I have equal entitlement to, people might assume I have a personal issue with race identity. But what should it matter? 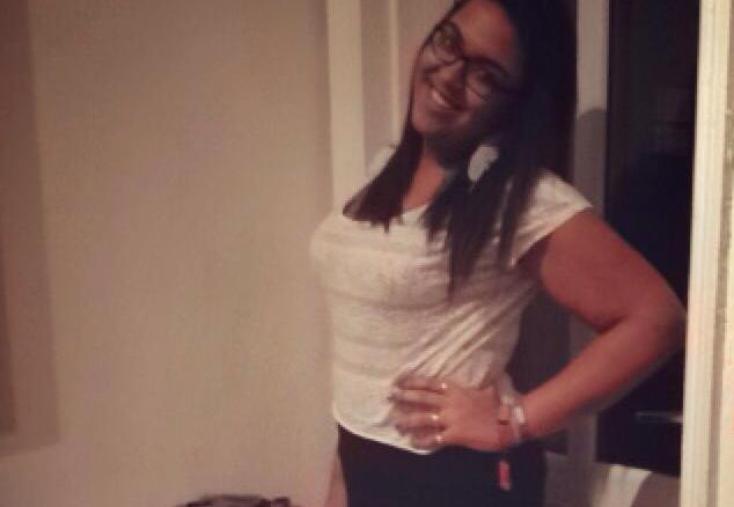 Except this, the night before an important interview I was shopping for essentials and needed some replacement foundation, but according to ASDA, I’m not on the spectrum. In what felt like their largest store they didn’t stock my Caramel/Sun-Bronze combo, yet there were many shades of white to choose from – Ivory, Nude, Porcelain – it felt as if I was making an unreasonable request to be able to cover my spot scars. I didn’t get the job and I couldn’t help but blame my diminished self-confidence.

Emerging from university into a world of “Equal Opportunities”, armed with a first-class degree and a double-barrelled surname, the colour of my skin never crossed my mind when applying for jobs, although I’m aware I might one day get an interview just to fill a ‘quota’. To some extent, I chose my university based on the diversity and opportunity of the city – so ended up in Manchester, volunteering in a prison with a ‘zero tolerance for racial abuse’ sign and some clearly racist prison officers. It was a social education indeed.

But in 2015, pre-historic attitudes can still be quite intimidating, specifically in communities where diversity has not been all that well translated. I notice this when ‘never-left-the-valleys’ market goers stare and speak slowly to me as I shop with my welsh boyfriend in his hometown. And when I went to watch Wigan Warriors Rugby Union semi-final with my housemate – in a 15,000 strong stadium of white faces – I felt out of place for the first time in my adult life. These are the places where black voices need to be the loudest, but instead, certain postcodes become less desirable to ethnic minorities, leaving attitudes and tensions unchallenged and integration still pending. 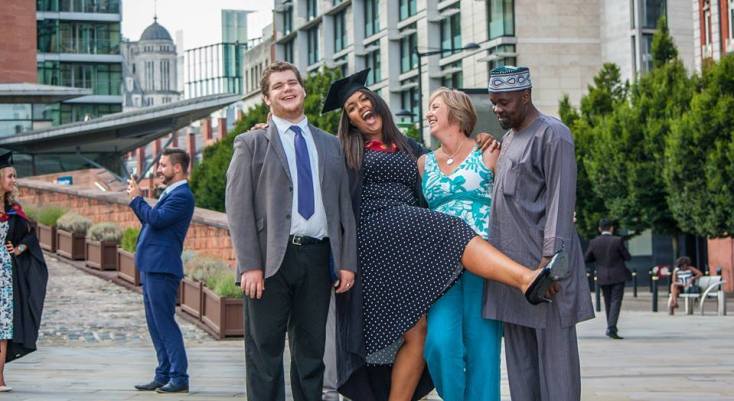 Me, the boyfriend and the parents – post my graduation.

This week a friend asked me, and specifically me, what I thought about the scandal regarding Benedict Cumberbatch and his use of the word ‘coloured’. I fondly remember the acclaimed actor for his poignant performance in Andrea Levy’s Small Island, in which he plays Bernard; a character who is the product of an age where signs stating “No Irish, No Coloureds, No Dogs” were commonplace. Surely we should have realised by now, that language and terminology are not even fractionally as important in the quest for race equality as attitudes and representation, the point Cumberbatch was himself trying to explain – so why did this story make the news ahead of the Boko Haram massacre in Nigeria?

I am a Woman and I am Mixed Race. I have an education and I have a voice…who is listening?

Ruby is a graduate with a keen interest in holistic empowerment, social and criminal justice policy, detective shows, nail art and Maltesers. She also really REALLY wants a Pug on which to exhaust her maternal instincts – but this wouldn’t include dress-up unless seasonally appropriate.