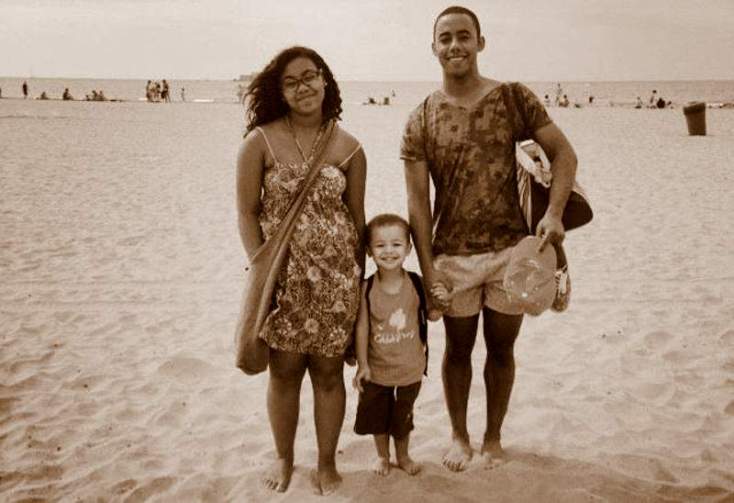 ‘So you guys have the same dad?’: a recurrent question I get asked when presenting my family tree to others. From my boyfriend’s relatives to my kinship classmates – people seem to find it puzzling, nigh impossible, that my brother and sister could be related to me. We are not of the same skin colour – how on earth could we be biologically related?

Note that the question also centres around the dad, not the mum, nor possible adoption nor whatsoever. Such a small and simple question, yet full of so many preconceived ideas or acquired prejudices. By stating the latter, I am by no means dissing or accusing people for asking such questions; merely shedding light on the very poor exposure that these people have to the world and all it lays claim to. 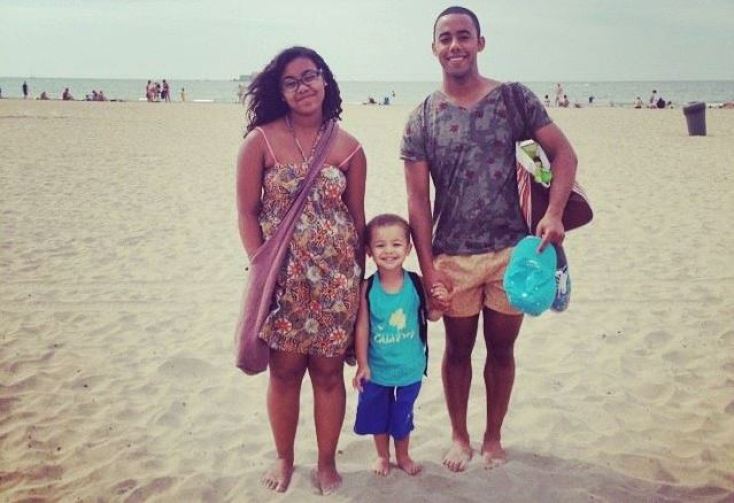 I was born in Réunion, an island next to Madagascar and spent the most part of my childhood there, unaware of the racial politics that exists at large elsewhere. I am mixed race. My sister is mixed race. My brother is mixed race. Same parents, different skin tones. This was, is and will always be the norm to us.

It was only when moving to Europe for school aged 13 that I soon discovered that skin colour and ethnicity were parts of big political issues. In fact I don’t think I had ever even considered racism or ideas of differentiation based on your phenotype or cultural background until 2007, when I found myself the object of exoticism of some teenage girls in gymnastics. It was the first time I was asked about my origins, where I was brought up, what countries my parents came from and, perhaps most notably, whether one of my parents was white. I think it was this – this question of colour which stood out to me the most. It was through this I noticed people trying to logically explain my chocolate skin and not so coarse-like hair.

At the time, I thought it was all quite peculiar…funny even. Then, when I settled in France, then Germany and later the States and the U.K., these topics seemed to be omnipresent in discussions and meetings. They became less amusing and more irritable. My frustration grew greater as I was compelled to straighten my hair for ballet performances, asked if I was my little brother’s baby-sitter when picking him up from nursery and called coconut on a regular basis in France. It’s an old French mannerism so therefore acceptable – don’t you know? Perhaps the worst was that I was ‘congratulated’ for being in an interracial relationship. I had never encountered this term, let alone been or seen people congratulated for it.

And all this made me think: what the heck is wrong with these people?

Nothing, really. Just that I come from a very different place to them. See, chez L’Île de La Réunion, skin colour, identity based on your ethnic and/or cultural background are not understood quite the same as they are in much of the western world. Us inhabitants of the island, for example, call ourselves Réunionnais/Créoles. We have our own national identity.

And yet whenever my French ‘pure-blood’ cousins used to visit me and my family in Rèunion with their friends, they did not recognise or respect this. Among always staying in their parents’ range of vision so as to ensure that their derrières would not get beaten up by me and my Créole cousins, they used terms we found extremely disparaging, such as ‘your African granny’, or your ‘Indian grandpa’.

These terms, meant very inoffensively I am sure, were to us marks of racial prejudices, something we did not understand properly, but which instilled much anger in us. We thought them to be worse than snake venom. 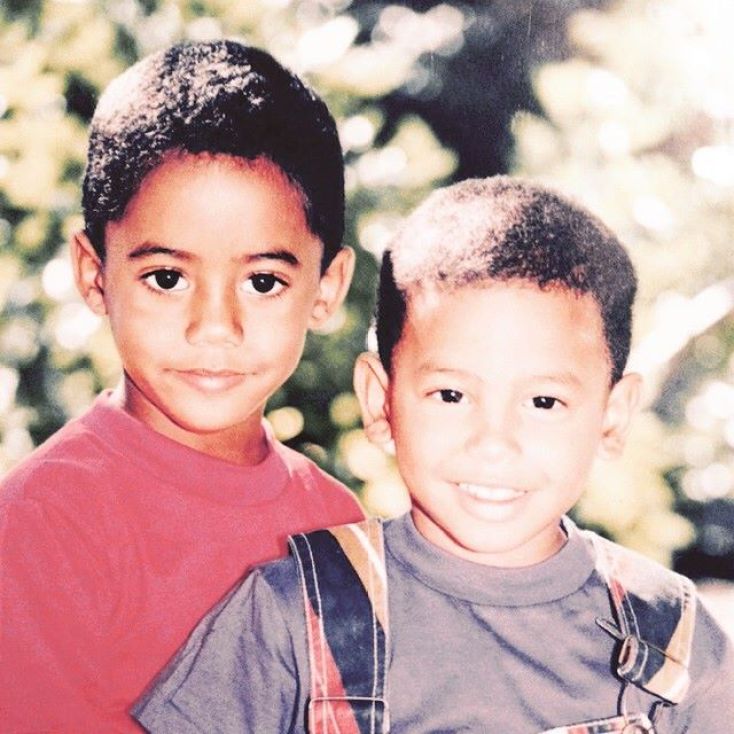 My cousin, Ulrick, and I – way back when.

Being a Créole person is to be born from Réunion’s fertile earth, which is rich because of its diversity and normalised normative difference. Almost every single person on this Island can count at least two different ethnicities from their lineage, or even claim any if they please: whichever the affiliation they are inclined to, their choice will be respected, for as long as they are Créole, Réunionnais and Réunionnaises remain the same in their differences.

We do have our labels: Malbars (our Indians), Zarabs (our Pakistani/Arabic people), Cafs (those from Mozambique, South-Africa, the whole of southern African countries really), Yabs (white people such as my Dad or Grandpa, the former’s Dad being Indian and the latter a descent of the French colonists), Malgaches (Madagascar descents), etc. Yet, these labels are rather inclusive than exclusive. When we use them to describe our family trees, we almost always find that ours differ from each others, even between close relatives, and, by asserting our differences, we reinforce the sameness of our common Créole identity. We are all Créole regardless of our individual ethnicities.

I think it is this, as a Créole, which has made me richer than many of my European friends. Of course we do have our problematic themes – such as a reluctance to recognise people’s right to atheism or the inability to see more than black and white with sexuality and gender – yet, I am very thankful for this advantage. An advantage in seeking to understand and respect the racial identity and heritage of others. An advantage some might say I was exposed to. 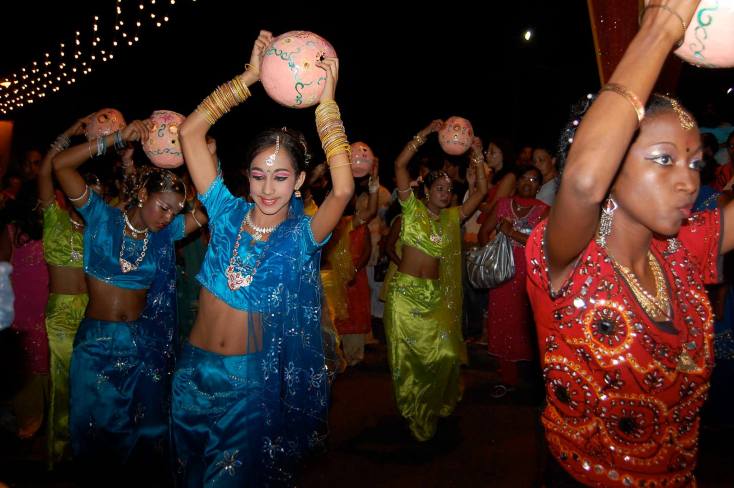 More of my cousins – during Dipavali.

However, being exposed does not necessarily mean having travelled the world or having friends from different cultural backgrounds. Being exposed is to have the intelligence to bring exposure to yourself and learn from it. How? I think by simply starting to question what you think you know of ‘your’ own world. Appreciating what you take for granted in a different light, seeing green where you usually see pink, seeing who you perhaps automatically consider an ‘oh Lord so exotic and interesting mixed-race kid’ as a person.

It is never too late to gain some intelligence western people. Do not fail where I did. Prior to travelling, I never questioned what I thought was normal. Bring yourself to truly think. Educate yourselves on the fact that mixed genetics can produce a variety of skin colours – my brother and my sister are my brother and my sister, whether or not we share the same genes. They are my family. Just respect that – or maybe some of you will at least learn how to spell my name. It’s BRYAN with a ‘y’ – Okay? Okay, good.

Bryan Valery is a third year Anthropologist at the University of Edinburgh. People mistake his sometimes rather silent states during ‘wannabe’ intellectual discussions for lack of intelligent things to say, when really he is judging y’all for your inability to see beyond the end of your nose. He is a fervent advocate of the ‘one (or two, or three…) spoon[s] of Nutella a day keeps the flat booty away’ mantra and his dream is to have a successful talk show dedicated to entertaining people with his notorious sass. Bryan also thinks that Beyoncé is truly the one and only Queen/Empress/Goddess of the world, with Nicki Minaj at her right hand.