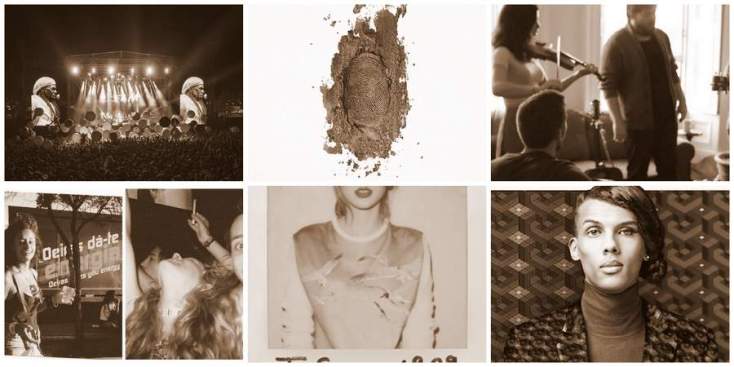 #momentsforlife is an end of year feature in which PTL Editors look back on standout moments from the year and recall why they meant and continue to mean so much to us. The idea being to celebrate the highs of the past twelve months and to get all sappy and happy before we take a Christmas break.

I think Stupid Hoe was when I first got Nicki Minaj. I loved Superbass but I’d never really gone out of my way to listen to her stuff. That video and that line though: ‘I’m Angelina, you Jennifer//Come on bitch, you see where Brad at’ made me listen. Hearing Minaj lyrically eat up  a rival, I suddenly realised that she wasn’t just this crazy musical entity but a funny, clever woman. Fast forward to 2014 and she’s positioned herself as the Queen of Rap. Who else collabs with Beyoncé and spits lines like: ‘I look beyond what people sayin’, and I see intent//Then I just sit back and decipher, what they really meant’? This girl is a genius. Not only that but, as Anaconda proves, she still knows how to have fun and brush off the critics. People scolded her for showing off her ass and people shamed her for being a bad role model – but all of Anaconda is just Nicki being Nicki and doing what she wants. In her words: ‘I was thinking to myself – why have I stopped doing certain things? Whose approval do I need? What I love about Anaconda is that I told the whole industry to go fuck themselves.’ Nicki may not be everyone’s cup of tea but in 2014 she asserted her own self-empowerment and empowered those who love her in the process. Bring on The Pinkprint. 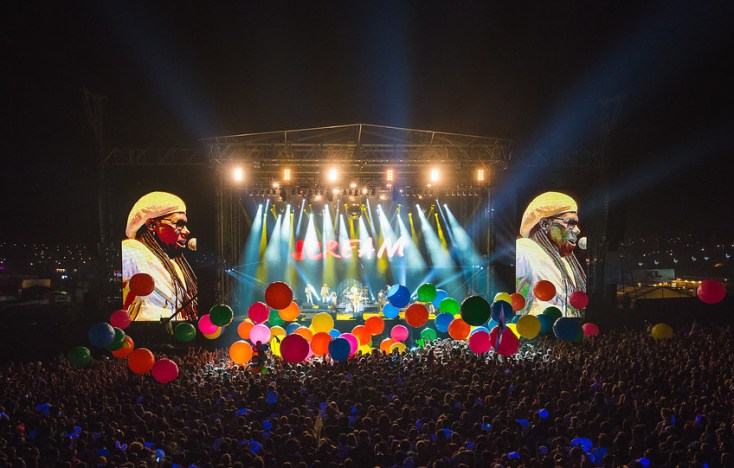 It was an amazing moment realising that practically every banger ever written was done so by Nile Rogers, and that he was about to perform them all for us with Chic under the world’s biggest disco ball to celebrate the end of 3 days of hedonistic magic. My favourite musical moment of 2014 is without a doubt standing in that crowd on the last night of Bestival, dancing atrociously with all my pals to We are Family and other such classics. I got why everyone made such a big deal about Chic, and why they were headlining the last night – it must be pretty difficult to make the fun and spectacle reach out across a crowd 60,000 deep, but Nile and the gang made it feel effortless. That’s a good musician by anyone’s standards. 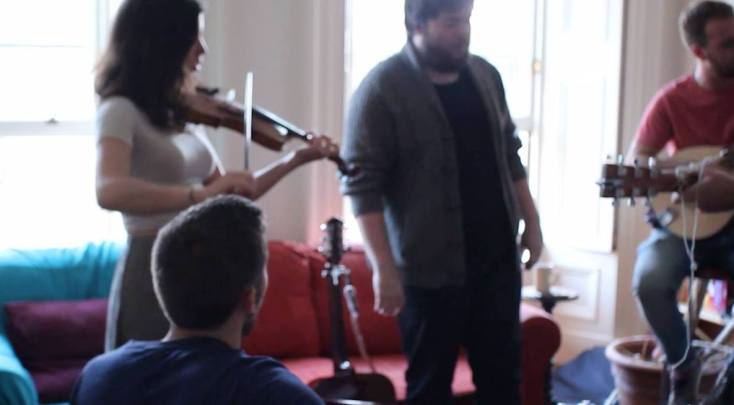 I’ve played the violin since I was six. In orchestras we’d play a lot of classical stuff, I was instructed in scales, and knew what an enharmonic interval was. This year I learnt to say I played the fiddle instead of the violin, and bought a pickup. I started playing music with some friends (I still can’t quite say I’m in a band; it sounds like I’m fourteen all over again). Jessie, my ex-violin teacher, would probably have refused to teach me anymore if she’d been present at a single one of our practices. I wasn’t holding my violin properly, and all of those slides were definitely not notated. But this past year, playing with a group of talented guys, guitarists, harmonicists, bouzoukiers has reinvented my experience of playing the violin, oh I mean fiddle. Now we just need to get a gig.

Everything has changed. Taylor Swift. Ed Sheeran. Aside from your beautiful duet, you really did change everything for me in 2014. Two SPECTACULAR albums. I’m a fan of country music, but boy am I glad Taylor embraced the POP, because 1989 is out-of-this-world amazing. Say what you want about Taylor, Yoncé aside, she rules the industry. Her music’s not a guilty pleasure: it’s just pleasure, period. She has the ability to pen awesome anthems, fun jams and heartbreaking soul-crushing ballads. What more do I need? Ed Sheeran: you beautiful, beautiful soul. He is the greatest argument in support of seraphic existence. My one-day wedding’s track list will consist exclusively of songs off of X. So emotional, so simple. You know it’s an excellent album when you can’t choose a favourite song, and for both of these, that test holds true. 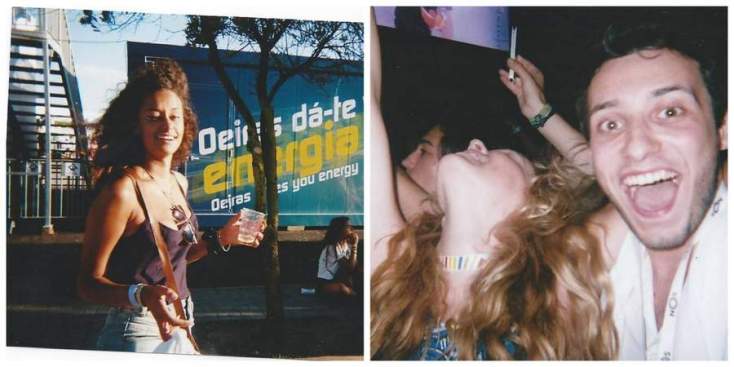 It’s a cliché for a reason. Festivals rock, they’re the rock around which my summer has orbited. I can’t apologise, therefore, for the generic content of this write-up. This year I and two of my best friends ventured across the channel to Lisbon, Portugal, and went to OptimusAlive. She brought glitter and a tent. He brought his rap music and too few t-shirts. It was the bomb. There was no mud, only sea and a swimming pool where everyone lounged all day drinking Somersby and Superbock and sweating off hangovers playing mass volleyball. Music didn’t start till 6pm, and we’d roll up as the sun was going down to watch the likes of The Lumineers and Ben Howard chilling with guitars (“Everybody put your cell phones down! Put ‘em down! Enjoy the music!”). Things would get more raucous later on: Arctic Monkeys, Bastille and Foster the People went straight through my ribcage, dancing on shoulders in the dark and waving cheap Heinekens in the air (oops). But my all time highs were Chet Faker and Diplo – the clubbing tent was where the acoustics seemed to rain down from above and everyone was manic until 4am. So, so good. We sandwiched the festival in between a few hostel nights to soak up the city and the World Cup Final, wandering around eating fast food and the Champagne Magnums of 2014. These are the days to save for cold, blizzarding weeks of revision in the library.

Oh Stromae, you majestic Belgian stallion. My obsession began when my flatmate showed me the incredible music video for his gender questioning song Tous Les Mêmes, followed by the equally brilliant video for the personal Papaoutai. Next thing I know, I’d listened to all of his songs on Spotify. For two weeks solid, it was just Stromae on repeat. I mean seriously, the man sings and raps like a boss, dances like a true pro, and comes up with the most incredibly creative and original music videos. He draws inspiration from music styles around the world, so everything he writes and records sounds fresh and unique. Needless to say, I’m really excited to see what he comes up with next.

So the week is up and we lost Ella, Bianca and Nols in the process. Not too shabby considering exams and all that malarky. Stay tuned for a closing Editor’s Letter and an insight as to what will be going down on PTL come 2015, and, as always, drop us an email if you’d like involved. We’d love to hear from you.

The PTL Team are the collective of professional journalists (bumbling students) behind all that goes on on Prancing Through LIFE. We’re similar in many ways but different in others. To find out more about each of us specifically, head over to our TEAM page: here.