#momentsforlife is an end of year feature in which PTL Editors (who aren’t drowning in exams) look back on standout moments from the year and recall why they meant and continue to mean so much to us. The idea being to celebrate the highs of the past 12 months and to get all sappy and happy before we take a Christmas break. 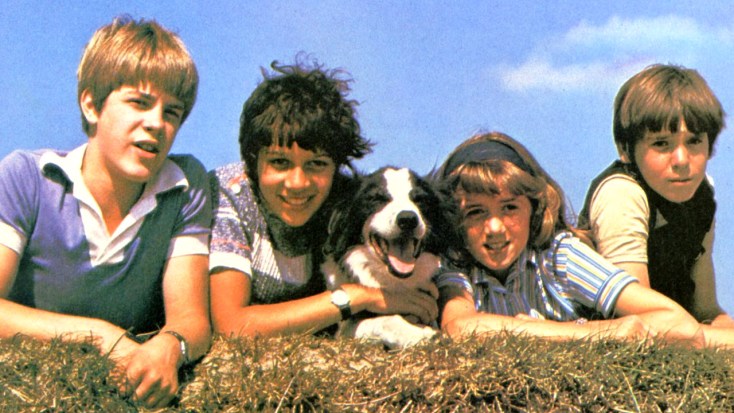 This year, I celebrate my nth anniversary with the love of my life. It’s been a long time, and whilst I confess to the occasional harmless flirtation, I have been a faithful and loving wife for what seems like forever. However, whilst I have found joy in my partner every year, I’m guilty of forgetting the wonders of the early years. These last months, I’ve righted that wrong. In October, I wrote about The Two Princesses of Bamarre for PTL’s #bedtimestories feature and it got me thinking: what other gems from my childhood have I since ignored? And so it began. Ella Enchanted, Anne of Green Gables, Famous Five: I’ve been rediscovering all the books that are responsible for my love of literature today. Some people claim they remember the exact moment they fell in love; some say it snuck up on them: I ascribe to the latter. I don’t remember exactly when I fell in love, but I’ve reveled in remembering the books responsible for my undying devotion. It’s like I’ve renewed my vows with my first and eternal love. So: Happy Anniversary, Literature! I love you. 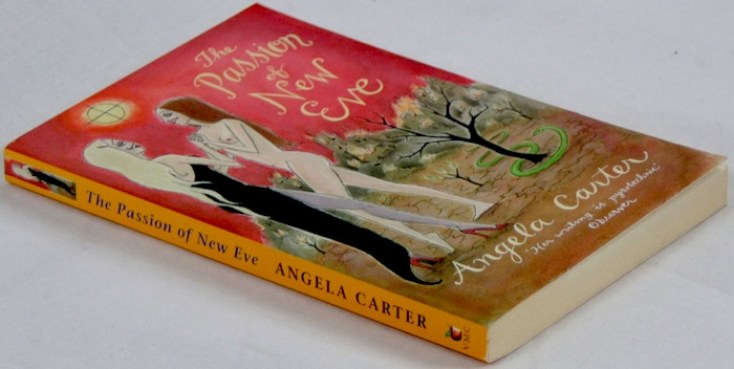 Probably not what Literature students should admit, but sometimes reading for my course can feel a little like pulling out fingernails, one by one (Chaucer mate, I’m looking at you). But this term I’ve found myself remarkably full of fingernails (whoop), with some texts that were apparently just course requirements jumping out automatically into my list of all time favourites. The Passion of New Eve, by Angela Carter aka the Queen of disturbing and disorientating dystopias, is definitely one of these newfound loves. It’s a strange, cycling tale that challenges all concepts of gender; it is explicit and disconcerting and brilliant. I got it out of the library, intending to read just a chapter or two before my seminar, and three hours later I had barely moved. Three hours after that I had finished it. Books are good.

Spoken word, as I’m learning, is a bit of an umbrella term. It can mean anything from speaking a poem out loud, to yourself, perhaps in a wardrobe sellotaped into a studio with duvets (more on that later this week), to slams, where poetry becomes your weapon and the stage your arena, to actual albums of poetry in collaboration with music. My first exposure to spoken word came this year, as I sat on my own in a dark auditorium at the Edinburgh International Book Festival. It was called Voices in the Dark, and four poets took their audience to four corners of the globe with accents and experiences transmuted into some sort of song-story. Faces hidden in the shadows so we couldn’t see them, just hear them, as they transported us into whichever worlds they desired. We were taken from stubborn, imaginative child-states to the fledgling teen who has lost his father, to Gandalf misbehaving with Legolas (you had to be there, ok). A veritable tornado of varying emotions all compacted into 40 minutes, and against the explosions of Edinburgh Fringe fireworks in the distance, promising a great, nocturnal night of late shows and C Venue craic ahead. Shout out to Rhian Edwards and Josh Idehen in particular. Was pretty wonderful. 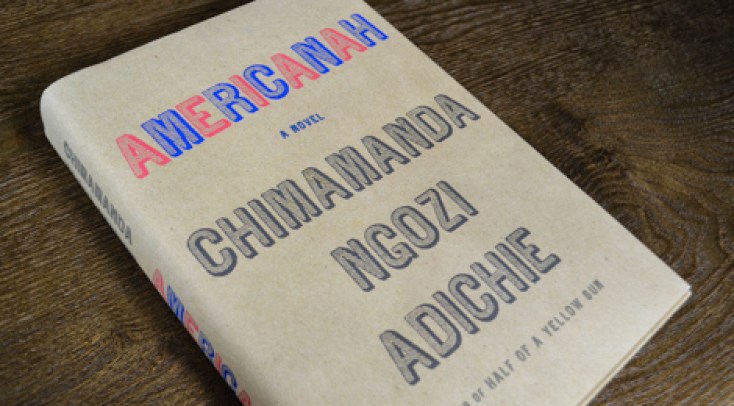 Reading Americanah was a huge moment for me this year. Growing up in rural North-East Scotland, I wasn’t exactly exposed to many racial discourses. And, although I’m loath to admit it, I hadn’t read a great deal of books by black authors – this wasn’t a conscious decision, but it just sort of happened that way. Schools, sort this out. And then, bam – Americanah by Chimamanda Ngozi Adichie, a story about immigration, love and race, happened to me, and it knocked me sideways. I finished the book on the train from London to Aberdeen, and then had to sit alone for a good couple of hours desperately itching to tell somebody about it. I urge everyone to read it, especially in the light of everything happening in America right now. 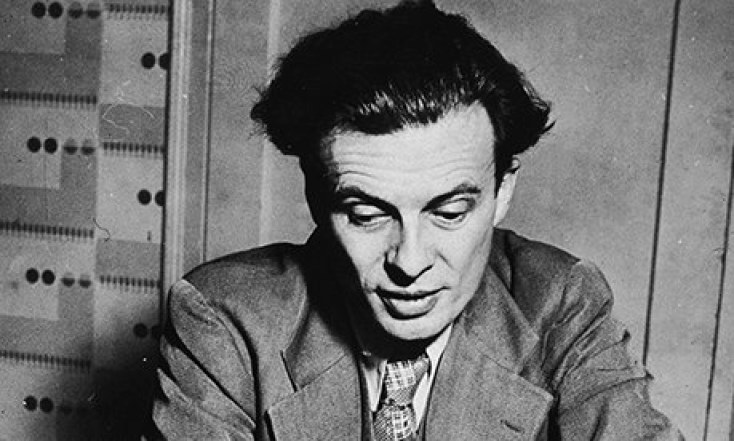 I first read Aldous Huxley’s Brave New World when I was 13. It was an assigned book in class and I hated it – as did most of my classmates. In fact all I really remember from my first reading of it was laughing at mentions of the word ‘sex’. Yeah – I was a really mature 13 year old. Some point last year, however, I was chatting with a friend of mine from that class and we both decided that we should reread it. The (slightly) more mature versions of ourselves had grown quite fond of dystopian literature in the interim; maybe it deserved a second go. I finally got round to rereading it in January this year. Set in a future in which test tube babies exist at large and people are separated into different groups by intelligence, it poses some interesting philosophical questions. Take into account the addition of an inquisitive chap, challenging the system and a ‘savage’ – that term, eugh – stirring things up and I’d actually now class this novel as one of my favourites. Not just because of its content but because, thanks to Mr Watson for introducing it to me aged 13, rereading it marks just how much I actually have grown up – well kind of. 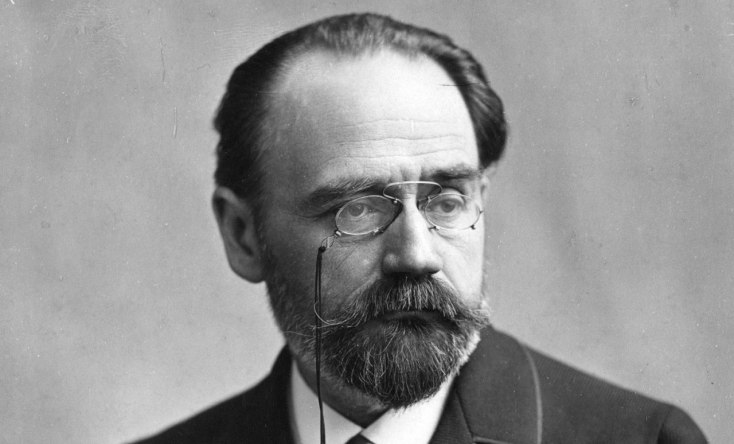 One of my favourite things about my summer holiday with my family is that I have two weeks to do absolutely nothing bar eat, swim, play cards and read. Admittedly, I usually spend most of my time doing the first and the last, and this year was no exception. Out of the stack of novels I took with me this year, my favourite was Therese Raquin by Emile Zola, which came as no surprise as I have a strange love for late 19th/early 20th century French literature. Niche, I know (and also slightly inconvenient, given my degree is in German and Italian). Labelled ‘putrid’ and ‘pornographic’ upon publication, Zola’s tale of how a woman and her lover murder her husband is a dark, beautiful study of lust and guilt and the consequences of them both. Worth reading just for Zola’s incredibly sassy preface, in which he shreds his critics to pieces.

Nols down, Bianca out and today we lose Figgy to the the depths of revision. Send them love and wish them luck and maybe just maybe, one of them will reappear in our end of year features. :)

The PTL Team are the collective of professional journalists (bumbling students) behind all that goes on on Prancing Through LIFE. We’re similar in many ways but different in others. To find out more about each of us specifically, head over to our TEAM page: here.