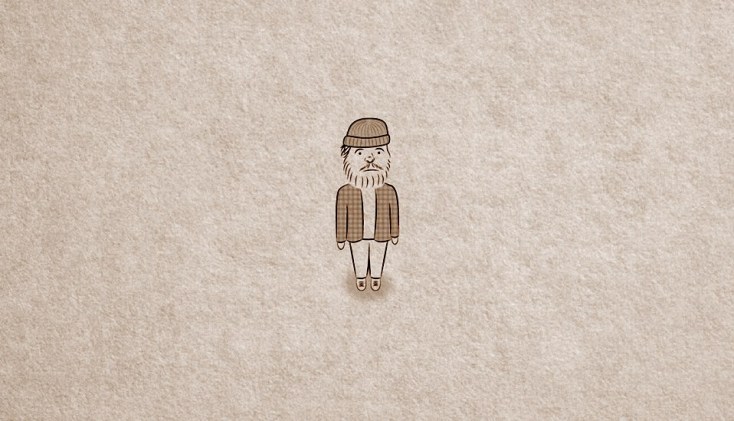 It is called, simply and wonderfully, ‘Poems’ – and is a lot more. 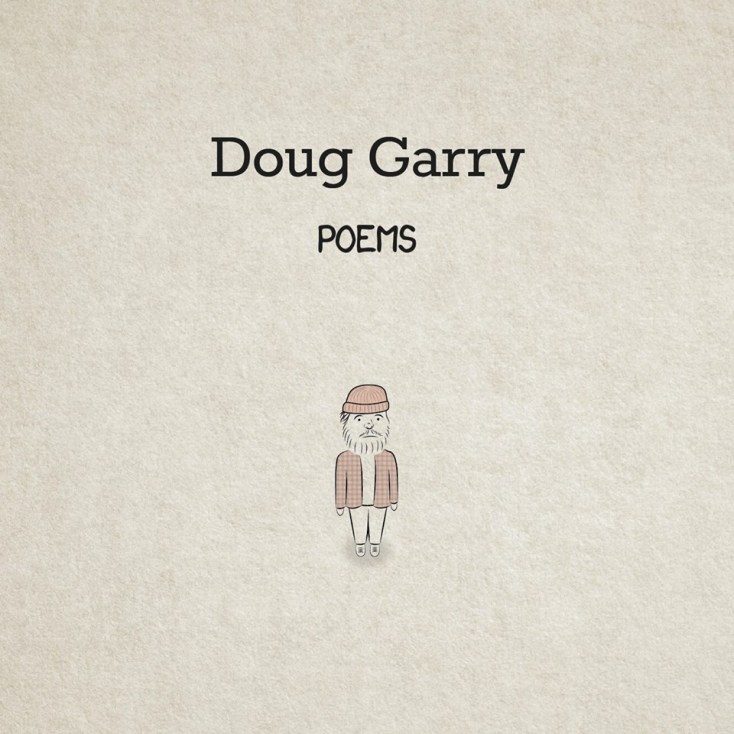 Spoken word, Doug Garry kindly explains to me, can mean anything the poet wants it to mean.

A rather fluid notion, encompassing Doug’s performances on stage in poetry slams, where the audience click their fingers quietly at the more astounding moments with their eyes closed (picture this: ‘We monks of ink and bone shard, waiting to explode,/We soldiers of the spoken word’, muttered deeply, in an auditorium of poets). And also, his performances as a member of the stupendous storm-takers of Edinburgh, the Loud Poets, whose Fringe Show many of you may have seen and whose very own Kevin McLean was interviewed by our Beci Moss (shout out to Guadeloupe, Boss!) earlier this year.

Spoken word means whispering half-formed poems to oneself at 3am in the morning (an early-hours-or-nothing-every-six-months productivity, called ‘energy-efficiency’, according to this poet). And it means speaking rather loudly to oneself in a wardrobe, duct taped with duvets and planted with a microphone, for three weeks in November. This, it transpires, was the studio in which ‘Poems’ was recorded. The acoustics are rich and chocolatey as mahogany, as if the wardrobe panels are so-made – and I bequeath readers such information to indicate the levels of innovation and creativity involved in this debut.

Enter Perry Jonsson, owner of duct tape and producer of the album. Perry has the itchy fingers and the ‘what-now’ attitude. Dabbling in graphic design, sound recording, videography and accompaniment performances, it would be fair to say he catalysed the project from a rich and varied archive of poetry, into a thematic album.

So it goes that, a matter of some mere weeks ago, Doug was jamming a guitar riff when Perry burst in from another room and made him play over, with one particular poem in mind. For Conlon And Others is the second track of the album, and is by far the grittiest, most guttural, with a riff that sounds pre-emptive of a thunderstorm south of the Levee:

‘He drinks bottles filled with lightning,

belching out the thunder,

There is something raspy and bottle-necked in the voice, Doug’s voice, speaking these words. The images, of glass, broken dreams, angry knuckles, flash by in whippersnap-moments as the tempo of the guitar keeps agitated momentum – like lightning shards. Against this, a harmonica bursts in and oscillates, and the listener is transported to Beasts of the Southern Wild or The Wizard of Oz, where the air is heavy enough to crack with anger, and a storm is coming.

Considering the scopes of style and content in Doug’s poetry, the pair have selected and re-recorded a balanced ten-track patterning of word-sounds ranging in subject matter from dreams and alcoholism, to love, and fear, and the ‘awesomeness’ of mankind, to use Doug’s own endearing term.

The Carpenter, some of you will have seen released in October in videographic form, functioned as a kind of spur for the rest of the project, and is testament to the two artists’ versatility in this field. Doug stands in Edinburgh’s Innocence Railway Tunnel and utters, somewhere between speaking and song, the language and the loss of religion. Like the carpenter who serves as his metaphor, he speaks with his hands, against Perry’s cinematography of scenic friezes.

The album continues in the same harmonious vein. Apparently the selection process took minimal effort – the poems that made sense together were picked out for the album – and executive decisions were mutual. Sounds easy as pie. I’m sure by rights it shouldn’t have been, but watching the two of them, as ideas bounce from one pair of energetic, gesticulating hands to the other, one begins to see why. And when talking about creative projects, they begin to finish one another’s sentences.

This is reflected, too, in the complement of music to poetry in ‘Poems’. Perry has chosen, arranged and collaborated the accompanying music – and silences – to perfection. Which is apt, as he’s a bit of a perfectionist. Let It Tell You opens the record and features an orchestral swell emblematic of the ‘awe(someness)’ that courses through the language of the poem, whilst Long Journey runs around the conceit of a bath tub – the place for writing, not for cleaning, didn’t you know, and an apparent luxury for the average student – against the backdrop of perfectly-placed, extra-diegetic water, trickling into the beginning of the piece. Meanwhile, tracks like Wisdom Is A Swan stand sturdy against an a cappella silence …

‘I would kiss her

Both Doug and Perry attribute this variation to a sort of ‘hive mind’ that hovered throughout the production process; collaborating and at times improvising both accompaniments and musical motifs with the band Baluga, featuring violinist Fiona Lidell and cellist Sam Thorne, who worked with Doug at the Loud Poets’ Fringe Show. They also used cc-licensing to source and accredit instrumental works online, and utilised their own good hands in the Adobe sound studio. Finding out that Doug also plays the harmonica in For Conlon and Others, harking back to glory days busking jazz on the streets of Newcastle, one begins to feel that these two are a little too cool for school.

To this end, it is no wonder that the two artists have pulled together a launch event set to end all others, in the Innocence Railway Tunnel where The Carpenter videography that started it all off, was filmed. The launch event will feature a conglomeration of spoken word via Doug himself and Loud Poets maestro Kevin McLean, as well as some live tunes by Baluga. It’s set to be a sweet night in a sweet location, as anyone who’s ventured there for the annual party on New Year’s Eve will know. Hand warmers and alcohol jackets are encouraged. December 19th.

They’ll certainly be seeing me there, getting my hands on a hard copy of the album while I’m at it.

Doug Garry and Perry Jonsson have lots of projects on the go and much material for the eager voyeur. Hence, it’s very worth taking a sneaky look at the respective pages of our artists here and here. In other Doug and Perry, info, they are flatmates. This much is obvious watching them talk. Ideas bounce from one pair of energetic, gesticulating hands to the other, and they when talking about their creative projects, they often finish one another’s sentences.

Hard copies of ‘Poems’ are available for pre-order from Etsy, and will be shipped as of 19th December, the day of the Album Launch at the Innocence Railway Tunnel (coincidence? I think not!), details of which may be found here.