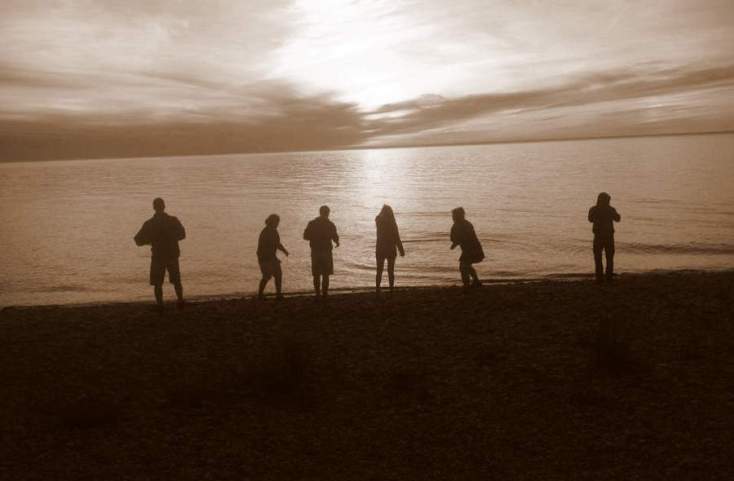 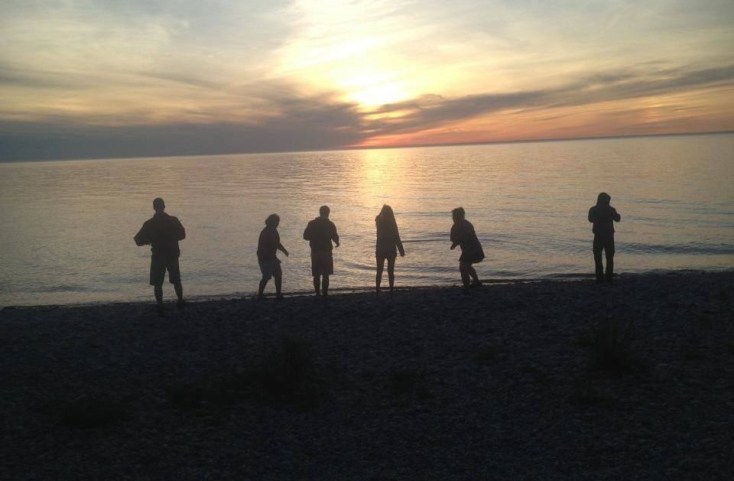 This photo shows the start to the best summer I’ve had to date. Stood on the beach at Peterson Park, Michigan, skipping rocks, with who were then five complete strangers, I was starting an adventure that I was yet to find out would be unforgettable.

The summer of 2014, marked my first ever job, my first ever trip to America and the longest time and furthest distance I would spend living away from home. I had applied to be a supervisor for the Camp America programme – a place in which American kids give their parents a break and spend their summers away from home at camp – think Parent Trap but without the long lost twins thing.

Being my true unorganised self, I almost missed the deadline. In fact I only just managed to hand my application in on the final day possible. After an interview and numerous forms were completed, I had secured my work visa and was ready to go, the only problem being no camp had accepted my application. I could not make alternative summer plans, as up until as late as June the 30th I could be hired; the wait was excruciating, my hand inseparable from my phone eager for a call.

One bleak afternoon in Newcastle however, I received an incoming call. The number had an International caller ID, and to say I was excited would be an understatement. The call was from the US, I had been hired! *applause**cheers**dances*

Given 5 days to pack my bags, and prepare myself for a 2 and a half month adventure teaching sailing on the beautiful Lake Michigan, was a daunting task, but one suit case, a handbag and numerous shopping trips later I was ready.

Having never been to the USA before, I had no idea what to expect. In my head I pictured myself music video style hoping off the plane, ready for Miley esque Party in the USA type welcome. Alas, Miss Cyrus and the gang were nowhere to be seen. The airport in Chicago was my first taste of America. Standing in a two hour immigration que, after a cramped nine hour flight, only to find I had lost all my relevant forms, and fearing that I could miss my connecting flight, I’ll admit I had a small break down.

However, although people say first impressions count, this cannot be said for the time I spent in America. When I did finally make it to the small airport in Traverse City, although weary and not looking (or even smelling) my freshest, I was met with a smile and helping hand by the director of the camp. From then on every minute I spent in the US was incredible, and made up what were two of the best months of my life.

Each experience was amazing and unique, hot weather and crystal clear waters, sailing every day, teaching and meeting amazing people, experiencing the 4th of July, having my first s’more, and even managing to fit in my first American road trip and concert!

Looking at this photo reminds me of this adventure, and although my tan is now long gone, the memories and experiences remain – clichéd, but what you gonna do?

Flora is a 2nd year geography student at Newcastle University. If you can’t find her out in the clubs of the Toon, she is probably at home scanning the travel magazines planning her next trip. After her upcoming trip to Borneo, she will have just one more continent to conquer. Long socks and woolly knickers at the ready, watch out Antarctica Flora’s coming for you.