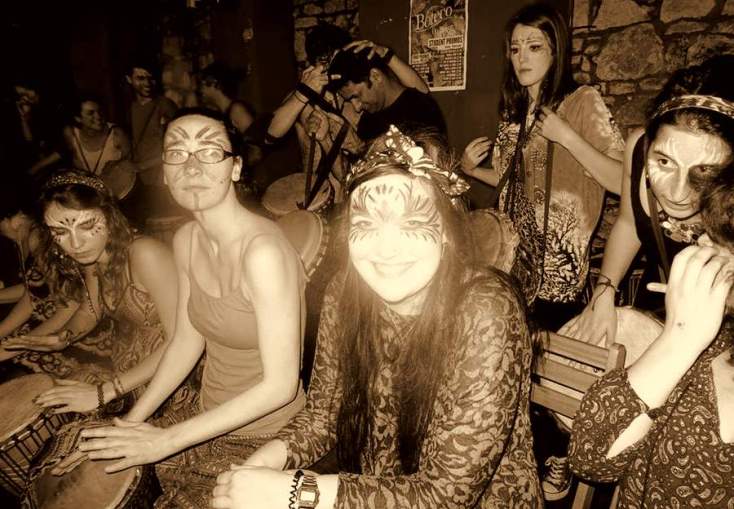 I moved to Edinburgh for University in 2013. Since then it has secured a very special place in my heart – Arthur’s Seat, Sneaky Petes, the Fringe Festival; there’s no other city quite like this. That being said, everything seems to have come together horribly for Edinburgh over the past few weeks. 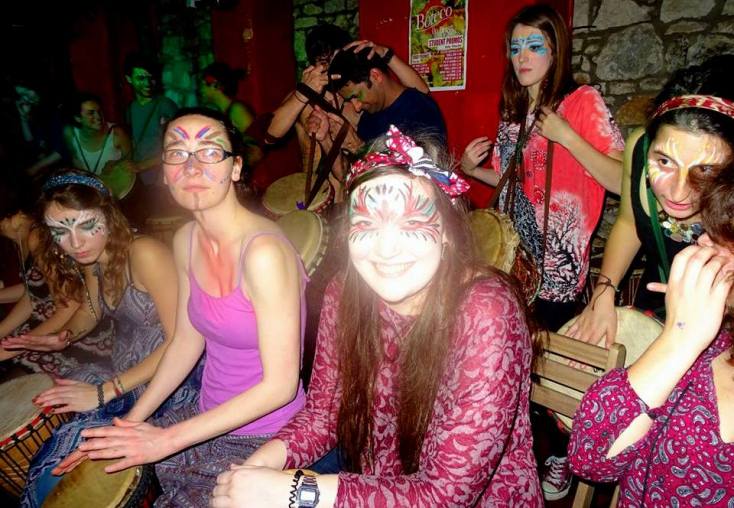 Firstly there was the exposure of the DKE-AS – an Edinburgh fraternity whose minutes see the members of the chapter ‘joke’ about raping other students. And then there was an incident of sexual assault in the Meadows (one of Edinburgh’s main parks). Sadly these are just a few examples of the reason we need feminists working together in the city.

Nevertheless Edinburgh seems to have risen above this; just this Tuesday The 16 Day Campaign started with a rally for the elimination of violence towards women. It was incredible to be a part of something that saw so many people come together and stand against something so common and horrible in our society.

On my walk home from the rally, however, Migos’ Fight Night came up on shuffle. I felt like a bit of a boss and then I suddenly felt awful and put on some Tom Waits.

It’s not really a new realisation that a lot of my favourite tracks, particularly hip-hop tracks, are riddled with misogyny, and this misogyny is reflective of the music industry, and also society at large. And it is sad to admit that, as a feminist and LGBT+ identifying, I am so passive about this.

Let’s start with Beyoncé, the ‘queen of everything’ (sic Azealia Banks). Her latest top 10 hip-hop influenced hit, Drunk In Love, is a monster of a song. Regardless of this though, I’ve watched the video a few (too many) times and read plenty of think pieces on it, it features a questionable lyric.

In the video Beyoncé looks seductively into the camera and mouths Jay Z’s rap: ‘eat the cake Anna Mae’. This is a reference to a scene in the Tina Turner biopic, What’s Love Got to Do with It, when Tina’s abusive partner, Ike, forces her to eat cake. It’s hard to deny it sounds good and Jay Z’s flow is impressive but with knowledge of it’s original context, it’s hard to accept. And yet I do – I even (try to) rap along to it.

The reference to domestic abuse may be lost on many but it’s still there.

Despite this, Beyoncé clearly does great things for feminism too. Her latest huge ballad, Pretty Hurts, criticises the pressures society puts on women to be ‘pretty’ and her latest banger ***Flawless is a grimey track which interpolates Chimamanda Ngozi Adiche’s speech: We Should All Be Feminists. These two songs alone epitomise Beyoncé’s commendable promotion of female strength and empowerment.

These, and the fact that she manages herself, mean that I don’t worry too much about her being married to a man who’s biggest hit is about his b*tch not being a problem. Beyoncé isn’t a bitch, she’s a boss.

And as far as Jay Z’s lyrics go in terms of misogyny they’re nothing on Eminem’s: ‘Slut, you think I won’t choke no whore,//‘Til the vocal chords don’t work in her throat no more?!’ But it does make you wonder how we as a society ignore it; celebrate it even. Misogyny and rape culture are prevalent and these lyrics glamourise them. What’s to say that listeners won’t adopt these thoughts and attitudes towards women?

Mainstream hip-hop, and music as a whole, seems to be stuck in a lyrical rut. What sells is hyper masculinity/femininity and we, as a society, consume it if it has a killer hook and beat to go with it. It’s just the way things are; in the words of Jay Z ‘it’s politics as usual’.

And it’s not just misogyny and rape culture we’re dealing with, it’s homophobia too.

I’ve always found Syd tha Kid’s and Frank Ocean’s involvement in Odd Future kind of strange. Odd Future are constantly homophobic in their lyrics, and yet Syd tha Kid is openly gay and Frank Ocean published a letter on his tumblr in 2012 about a summer love he had with a man. It’s an interesting conflict but, again, it really has no sway on what I think of any of the artists involved.

Syd is one of the coolest people in the game in my opinion, her track She Dgaf (translation: She Don’t Give a Fuck) – seems to sum up what she is thinking when she makes music.

I think it is incredibly important to give a fuck though in terms of standing against homophobia, misogyny and prejudice at large. Hence me doubting my love of hip-hop.

There are of course artistic reasons why one might want to deal with homophobic, misogynistic or other offensive content in their music – and perhaps songs such as these should feature trigger warnings or something of the sort to confirm that they don’t promote but instead acknowledge and seek to illustrate attitudes which exist at large within western society today.

Love The Way You Lie for example is a harrowingly accurate portrayal of the abusive relationships some women find themselves in – it serves a purpose. But then again, almost all of Eminem’s work is in this vein. It’s not the same as Nicki Minaj, playing a homophobic character in a song, such as Martha Zolanski. Eminem’s alter ego, the Slim Shady, just comes across as an extension of himself.

When does a clever, artistic and perhaps satirical concept just become offensive?

Irrespective of misogyny and homophobia though there is a lot to commend in hip-hop today.

Kanye West’s Bound 2 is still incredible. I spent all of the summer of 2013 driving around Bristol to it. The sample in it – ‘uh-uh honey’ – and those in the likes of J Dilla’s Donuts are what make this genre so magical. Hip-hop is often intelligently produced and the use of interludes and stories flowing through most albums means that they’re not just a bunch of songs thrown together; they a symphony.

However, here’s hoping that mainstream hip-hop artists expand their lyrical content. Whilst this current brand of superbly produced masculine bravado/misogyny can make you feel like you the run the world – it ultimately encourages rape culture and prejudice. And there are other ways of creating this I’m-the-shit feeling through hip-hop. You only need to skim over the queer rap scene to see that empowering hip-hop comes in many shapes and forms. Shamir, Le1f, Cakes Da Killa…the list goes on.

It’s been great this week to be surrounded by so many people who do care about issues such as misogyny which still exist within our culture and daily life today. One of the placards at the rally read ‘an assault to one is an insult to all’. This campaign has really served as a reminder of how important the issue of violence towards women is for everyone; everyone deserves to feel safe.

I asked Lucy Hook, the person who set up and facilitated the campaign, what her empowering and motivational track was. She said a Whitney Houston song (there are a few) and Chaka Chan’s I’m Every Woman. This is perfect for me because my current favourite song is Whitney’s cover of the classic.

It may not be hip-hop but it makes me feel like the shit – no misogyny necessary.

Liz is a 2nd year Religious Studies student in Edinburgh. When she was younger she could only fall asleep listening to Stephen Fry reading Harry Potter and so whenever Stephen Fry is on Tv/Radio she gets drowsy. She is big into music and radio podcasts, feminism and fashion.