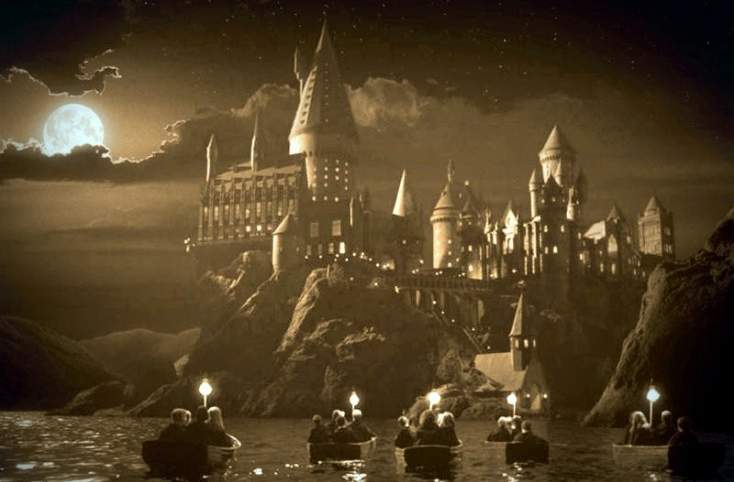 To say that I am a hard core Harry Potter fan would be to make a laughable understatement. I firmly believe that my encyclopedic knowledge of the world created by the transcendent Ms Rowling is second to none. If I could remember the political happenings of Classical Greece as easily as Harry Potter trivia I’d be headed for a first class degree for sure.

I am that Harry Potter fan who cried at the Wizarding World in Orlando (not once, not twice, but three times), who doggedly refused to leave the last room of the Harry Potter Studio Tour at Leavesden, whose hands shook as she took the Pottermore House quiz (I’m a Hufflepuff, by the way). To put it simply, I am a colossal Harry Potter nerd, and proud of it. 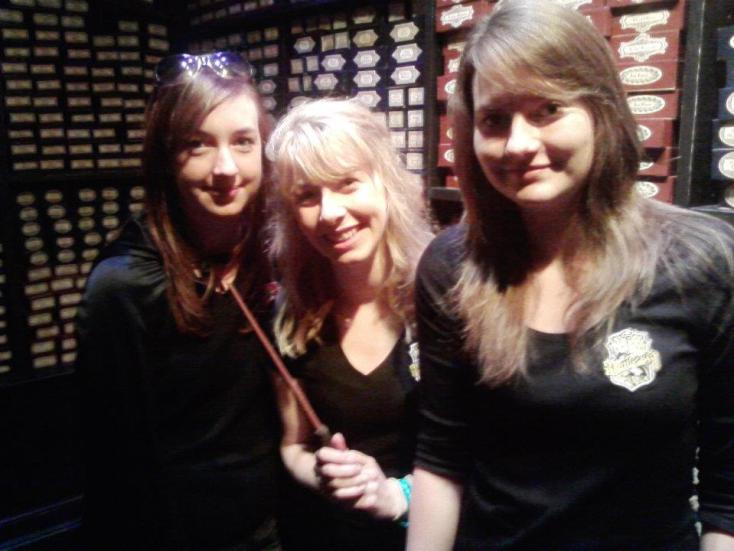 It is perhaps unsurprising, therefore, that upon the news that JK Rowling would be writing the screenplay for a whole new trilogy of films set in the Harry Potter universe I pretty much went into full-on fan meltdown. The dear Melanie Christie – PTL’s Deputy Editor of FILM, THEATRE & TV and one of the few people whose love for Harry Potter can rival the intensity of my own  – received a deluge of Facebook messages written entirely in caps lock while I flailed in excitement and had to have a lie down.

Of course, my utter joy at hearing of Rowling’s plans for a trilogy of films based on Fantastic Beasts and Where to Find Them – first film set for release in 2016 – was in part due to the undeniably goddamn wonderful quality that we have come to expect from the original Harry Potter saga. This marvel of a series is one of the finest examples of storytelling ever created.

But the world Rowling has created offers more than that – yes, more than the delights of ‘witches and wizards and magical beasts, of goblins and ghosts and magical feasts’. Harry Potter and the world he inhabits offer a guiding light through the often baffling experience of day-to-day life.

You may think that at this point I have gone completely insane and need to go have a quiet word with myself, but hear me out.

I read Harry Potter and the Philosopher’s Stone when I was seven, shortly before the release of the first film. Hindsight may be embellishing my memories, but I am pretty certain that as soon as I read those immortal words ‘Mr. and Mrs. Dursley, of number four Privet Drive, were proud to say that they were perfectly normal, thank you very much’, I knew that I was in for something special.

In the ten years that followed, little seven year old Christian reading Harry Potter in her free time at school became the rather-less-little sixteen year old Christian with tears streaming down her face, refusing to leave the cinema until the closing credits of Deathly Hallows: Part 2 had finished rolling. 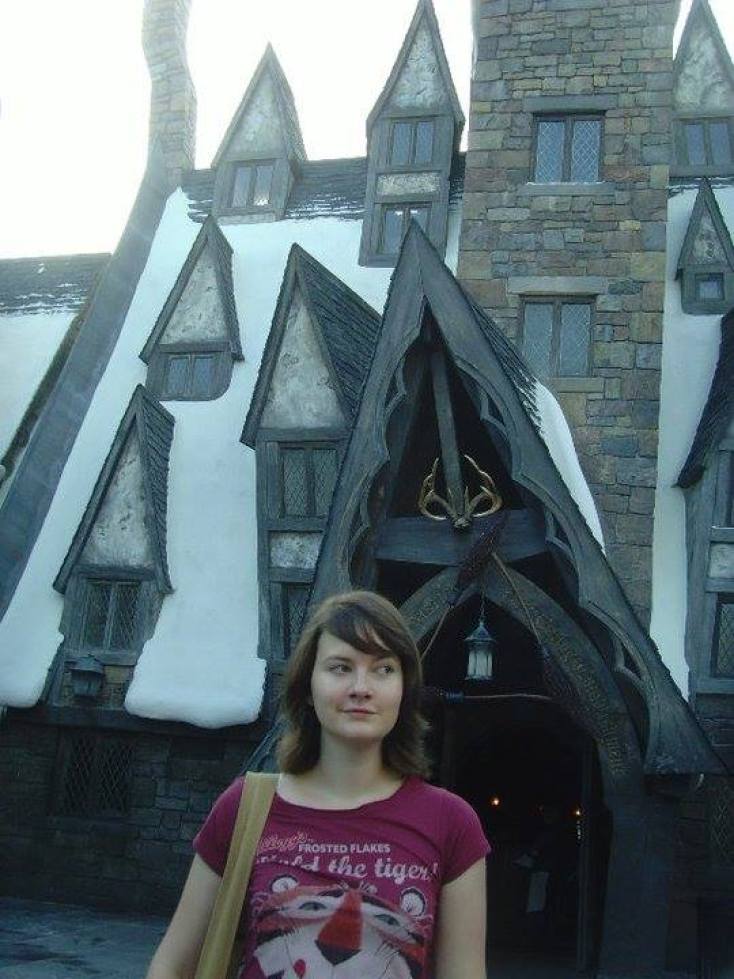 I imagine that this progression will sound familiar to most of the Harry Potter fans reading this. The most formative years of my life had taken place in the constant company of Harry Potter and his world. Of course, at the age of seven I had very little idea of morals and values. I knew I liked cats and did not like broccoli but that’s pretty much as far as my self-awareness went.

But I was learning, and that’s where Harry and JK came in. As a child with an extremely active imagination who was often described as a bookworm, Rowling’s world instantly drew me in – little did seven year old me know that I was being equipped with values and a philosophy on life that would see me through my entire childhood.

I was shown that friendship, loyalty and love are the most powerful forces in the world, and while I was unable to perform spells like Harry and his friends, this more important brand of magic was available to me – cue ‘awww’s.* 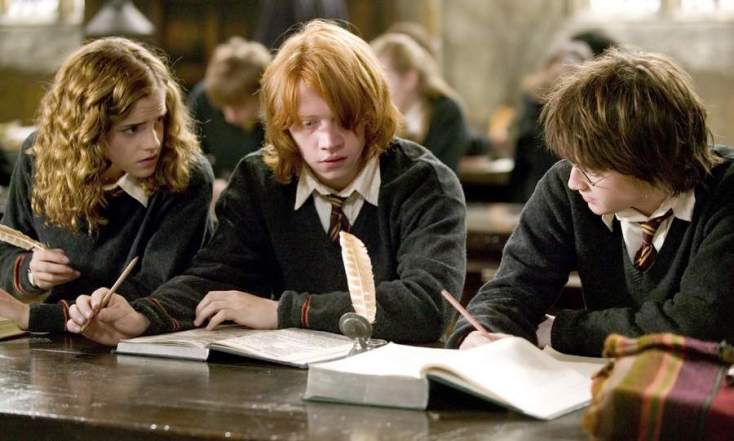 However, although the themes of love and friendship that run through the entire Harry Potter series have had a bearing on the personal values I have been developing since childhood, I think there is one particular idea of Rowling’s that I have, especially in recent years, found particularly relevant.

I am no longer the naïve seven year-old, full to the brim with childlike wonder, that I was when I started the Harry Potter series. I am a 20 year-old student, and the other day I rented a carpet cleaner from Morrison’s.  Scary, right?

I feel like the experience of adult life can, like most things, be summed up by a quote from fiction’s finest:

From this point forth we shall be leaving the firm foundation of fact and journeying together through… thickets of wildest guesswork.Albus Dumbledore

While this journey can be exciting, spontaneous and utterly hysterical, it’s sometimes difficult to feel that childlike wonder for life when you’re sitting in the library at 11 o’clock on a Friday night. This is why, in times of trouble, when I’m feeling down, I wrap myself into a blanket burrito and watch a Harry Potter film.

The adventure of the wizarding world does not only form an uplifting contrast to the mundanity of deadlines and budgeting, but reminds me of what is – in my opinion – the most important message of Harry Potter:

As I have grown older and found myself leaving the realms of childhood, the unfailing optimism of Harry’s world has been something that has been very important to me. Yes, Harry and his friends experience peril, trauma and the deaths of loved ones, but they have faith and they keep fighting. Love prevails.

No, I am not sitting in the library holding back tears. I am not.

When my friends and I sigh wistfully at the sweeping vistas of Hogwarts and its grounds, frequently glimpsed in the films, we’re not just wishing we were sitting in a Transfiguration lesson or playing Quidditch – we’re seeing a symbol of our childhoods and a simpler time. Hogwarts is a crystallisation of all the joy, optimism and wonder of childhood – near death experiences and all. 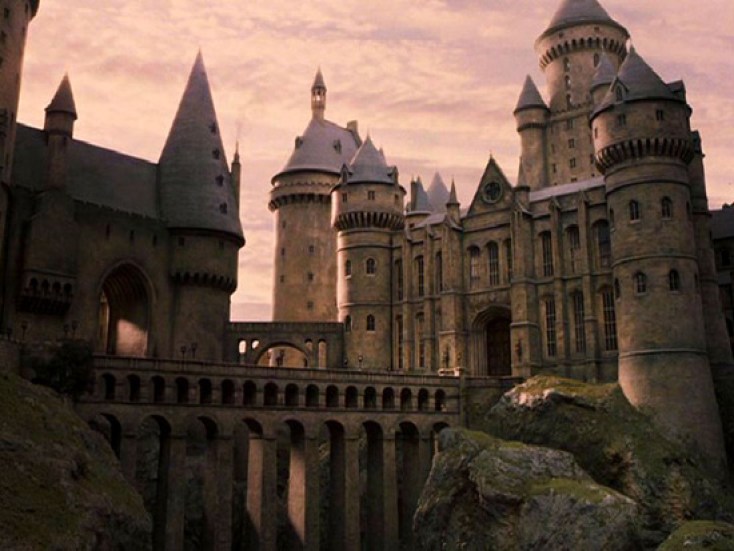 It’s unsurprising that as 20 year olds wrapped in blankets, taking a break from all responsibility and eating chocolate because Lupin told us it’d make us feel better, we’re nostalgic and somehow homesick for the fictional school. Hogwarts doesn’t need to be a literal place. Everything that it represents is a part of us. It’s a part that I imagine other people in their early twenties are sometimes also at a loss to find.

Now, this has taken a rather mellow turn so, before you get too bummed out, I would like to draw attention back to the impending Fantastic Beasts and Where to Find Them films.

While these films will not feature Harry and those characters who have been such defining role models (I could write forever about how important Hermione has been to me), they will still be a part of the Potter canon.  The travels of Newt Scamander will, undoubtedly, be imbued with the same streak of optimism and wonder that is so quintessentially part of the Harry Potter world. 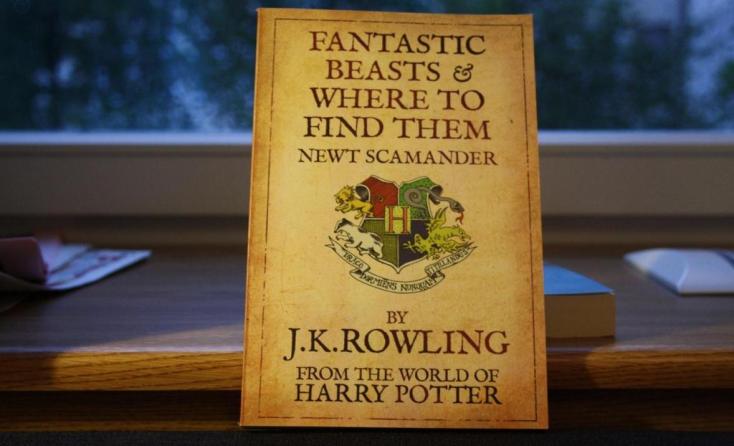 Harry Potter is so much more than simply a story of magical adventure and a means of escapism. The true magic of Harry Potter I find is its power to instill such important values and quite simply joy and excitement in its audience.

So for me, Fantastic Beasts could not be coming at a better time, as it will be another reminder that – and excuse me while I wipe away a tear – Hogwarts, and all it represents, ‘will always be there to welcome you home’.

* I feel I should point out that I was not raised by wild Haggis in the Highlands and books about a boy wizard were not my only means of learning how to be a well-rounded human being. I do actually have wonderful parents who did teach me all the important values that Rowling writes about and more.

Christian is a Classical Studies student at St Andrews. When she’s not attempting to be productive in the library, Christian is likely to be found giving dramatic renditions of Disney songs whilst cooking.

If you’re interested in getting involved with PTL – drop us an email on prancingthroughlife@live.com