I was a “merchaintainment” minion in the crazy mad world of Hollywood Studios, in my opinion the kookiest of all the parks. It was magical, beautiful, unforgettable – and hard. Damned hard. By no means does that mean I’m complaining or intend to detract from this mega-experience in any way possible. I’ll cherish the friends and memories that I made in Florida, but being an intern at any company is tough, especially when playing with members of the public.

Often, the reaction I receive when I spring forth (I’m a springer, kids) with this news is of the relatively mixed variety.

Either people begin to gush about a cherished experience that might have been taken directly from the promotional films for the park (I genuinely believe some people have somehow assimilated these adverts into their actual childhood), or you can physically see their jaw tighten and the light behind their eyes dim, in a way that shows a decrease in the tentative, if not ‘respect’, then “she’s not a total melter I suppose,” to “100% full-blown head case.”

The assumption that I, and all fellow interns who dared inhabit the hallowed halls of the Magic Kingdom, worship at the throne of the consumerist tourist mecca shortly follows. In short, my glorious summer spent befriending people from Hong Kong reduced to the minimal role I have played as a cog in the corporate machine. And besides, isn’t it all over priced & over rated and as a modern youth I feel I’m just a bit over the whole procedure in general?

But fear not intrepid Disney fans, I am here to assure you that it’s not so! Well, it’s not all so at any rate.

Yes, the tourists they are a-plenty and they are a-wanting what they’ve paid for. And believe me, they pay. I’m not talking the airfare plus taxes and charges kind of payment, I’m talking 50-year-old Argentinian women who have never owned a passport, or left Argentina, or been on a sky-bird before.But now they have, because they wanted to go to Disney World and see Mickey Mouse, and wear the ears, and see the parade, etc. etc.

So people expect a lot, which can be hard to handle when your shift ended at 11 last night but you didn’t make it home until 1am because the first bus was full of interns on their night off watching the Frozen fireworks (breath through the rage).

And, as previously mentioned, the fallacy of the Floridian weather (only rains 5 minutes a day to dispel the pressure and then it’s back to glorious sunshine – absolute tosh) can and will make every day of an already demanding job increasingly hard to stomach.

Especially when families come to you to ask if an outdoor attraction at a different park 20 minutes away by car will still have one specific and particular ride still in operation.And they want you to answer them, and you can see in the momma’s eyes a feeble “I don’t know” and a shrug reminiscent of a misspent adolescence will not cut it.

And the queues! Oh, the queues. To be fair, there is normally really decent stuff to play with and they’re all inside, you’re not just left outside to cure like a pork scratching and if you want to come to Disney World on Fourth of July weekend then quite frankly you should be prepared to suffer the consequences. 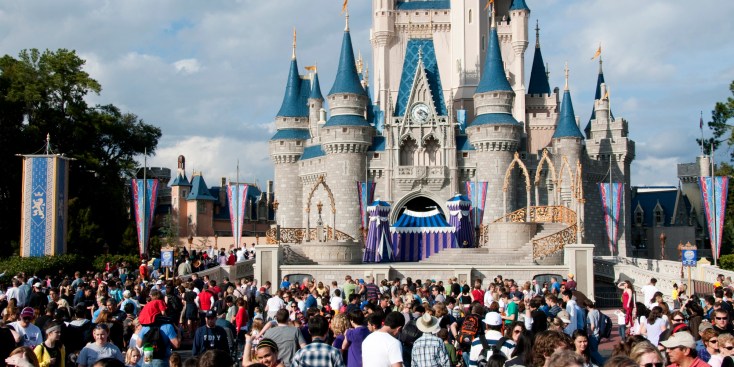 But chin up princess, your tiara is slipping. You’re an intern. In virtually any other company this means you are a dogsbody. Often ‘The Dogsbody’, but Disney bestow the same training onto all employees, short term & long term alike. So you can step outside the student-intern-to-student-intern bubble and speak to OTHER PEOPLE.

Which is actually pretty cool, especially as I was fortunate to work with a bevy of sardonic pensioners who felt failed by mankind that they still had to hold down a part time job aged 70 dressed in a costume which borders on so ridiculous it’s actually obscene – but by gum did they do so with one-liners and bucket loads of panache.

Another huge plus is that Disney actively go out of their way to recruit people who embody the whole kaleidoscope of human experience –man, woman, gay, straight, from all cultures, religions and backgrounds regardless of mental or physical disability. There’s something to be said for being part of a workplace where even your skiving chats are hugely informative and enlightening. 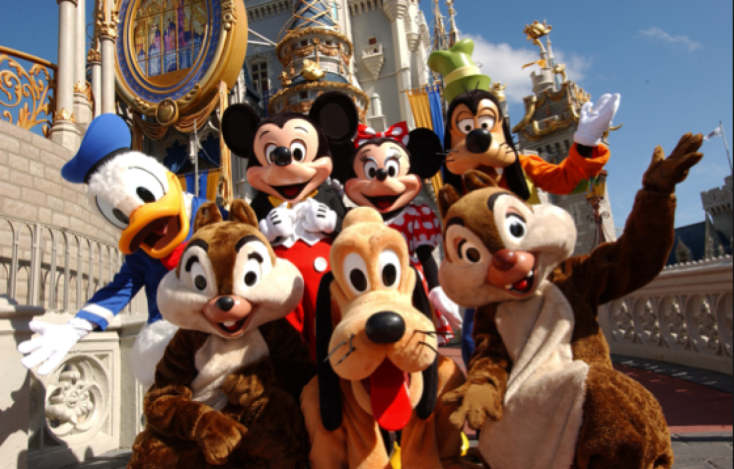 And even the most overworked, homesick intern who ever graced Main Street USA will manage to claw together a little clan of pals. Personally I’m with the sector of society which believes the term “friend for life” should be employed exclusively at obituaries, but how many groups of students can not go on the swall FOR 12 WEEKS and stiiiiill have a laugh? (The joys of the US drinking limit, right? To be fair we did venture out in electrical storms to go to the pizza buffet, so we bonded in an entirely different way.)

And then before you know it, your 12 weeks are up and you couldn’t be happier – you get to return to the land of ‘pram,’ ‘pavement’, ‘torch’ and public transport (in Florida he who drives is king.)

But then you remember when you watched the orientation video and cried in the auditorium. Or the first time you watched the Wishes firework display in front of the Castle. Or you just think about how much you’ll miss all the snacks (OMG could write an entirely separate piece just on snacks) and you think: yeah, I really put the hours in and the weather wasn’t all it was cracked up to be, but that was alright that.

And then you find yourself watching Celebrate the Magic on YouTube on Monday morning in October to propel you through your week (I’m a springer remember, I need to be propelled) and you know that it was pure magic from start to finish.

So I won’t sugar coat, or spin it (sugar spin it? Mmmm, dem snacks) and I’m sure Disney has its flaws and being an intern is bloody hard work, especially so far from home.

Would I do it again next year? Absolutely not. But am I glad I did it and would I recommend it to everyone with a pulse? Absolutely. Is that because everything was colour enhanced and bedazzled with sparkles and rainbows? No – it’s because it was a challenge and I’m proud that I saw it through right to the end.

So yeah, it can rain, you’re far from home and the expectations are high – but would you fly half way around the world to work in a company which people expected to be maybe alright, but not fabulous? No, neither would I.

Aisling moved from Disney summer internship Orlando to year abroad St Petersburg within the space of a month, leading to much suitcase, very confusion. When not obtaining visas she studies English Lit and Russian at good ol’ Edinburgh. Currently she is methodically working her way through a sack of 600 British tea bags which were smuggled across internationally waters. Hobbies include cats, onesie cuddles and cheese with peanut butter in a variety of combos – try to have an open mind.