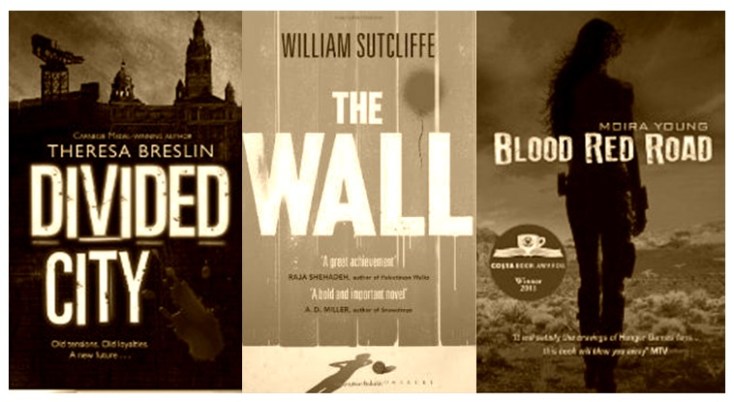 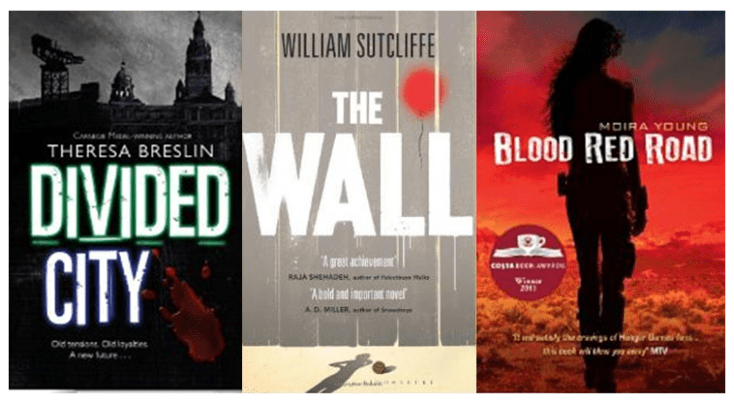 A prize-winning panel with pride, spunk and humour: Theresa Breslin, William Sutcliffe and Moira Young bounced off each other effortlessly to comment on the experience of winning awards for children’s literature:

In all non-soundbiting seriousness, the question as to whether book awards should hold a place of influence or recognition in the field of publishing was neatly posed and neatly answered by our host for the afternoon in half an opening sentence. Chair of the Working Party and subsequent “carer”, to use her own words, of such awards as the UK’s oldest and prestigious book prize for children, the Carnegie Medal, Joy Court “nailed her flag to the mast” from the offset; this was not to be so much a discussion on whether book awards are important, but more as to why.

The reasons are as unambiguous as one would assume, and aside from allowing best-selling authors to make a living from what they have thus been recognised as doing best (not, as Breslin jokingly suggests, following money, may I clarify), Moira Young joyfully recounted the experiences of seeing children plugging votes for their favourite books via dramatic performance and fancy dress. The image she painted emphatically for her audience of ten-year-olds in homemade “hellworm” costumes was a pleasure to picture. As with any award, the appreciation of feedback and the vote of confidence was inevitably mentioned. And, equally, the opportunity for dialogue between author and young readership through emails, “shadow” reviews and the librarians who shortlist and recommend through “leading to reading” motions .

However, the talk transgressed a light-hearted conversation about the personal rewards of receiving acclamation, to come into its own only at the end. And it is here that the point of awards truly found its heart. Exposure. Boundaries. Being a child, being part of the world. Moira Young’s reflection that the books she read as a young adult were the ones that stayed with her through to adult life, and Theresa Breslin’s ensuing reference to literature as a potential “emotional reservoir” for children, prompted an audience member to bring up the contention between “childhood” and the subject matter of much award-winning children’s literature. Breslin deals with dyslexia, with Montague-Capulet divisions of class, religion and race in Glasgow. Sutcliffe talks at length about his fictional child brought up by religious parents with a fundamentalist worldview that he, as an author and as a person, believes fundamentally “wrong”. The widespread recognition of a “good” book which tackles these themes, which agrees with an author’s presentation of childhood to real children … to win an award is to gain the power of influence in the way a child – many children -will think about the world.

Winner of the Carnegie Medal 2014, Kevin Bunker, sent waves through literary critique these past months with a novel about a kidnapped boy that ended without solace, hope or happiness. Should a child be subject to the “darker” corners of life – loss, grief, abuse – or remain, when reading, within the frontiers of innocence, pleasure and optimism? This is the very crux, surely, behind the answering of a book with an award. That the book causes a child to ask questions, that the book enables a child to walk in different shoes, that an area of influence is allowed beyond the single dimensions of a parent. It transpired that all three authors emphatically believed that to sugar-coat the world they created was counter-productive, that book prizes pushed subject matter into the hands of children that they would not be otherwise exposed to. Moira Young had the last word on the matter, and summed it up eloquently with such panache and sentiment that heads nodded like Churchill dogs across the room. I believe I will give her the last word, too:

Hannah Oliver is the Editor of FILM, THEATRE & TELEVISION at PTL. She studies English Literature at the University of Edinburgh and would like to think this an apt excuse for her tendency to be overly florid, pleonastic and long-winded (yeah, we couldn’t find a more pretentious word for long-winded). However, there are two things to effectively shut her up – coffee and/or chocolate. ’Nuff said.