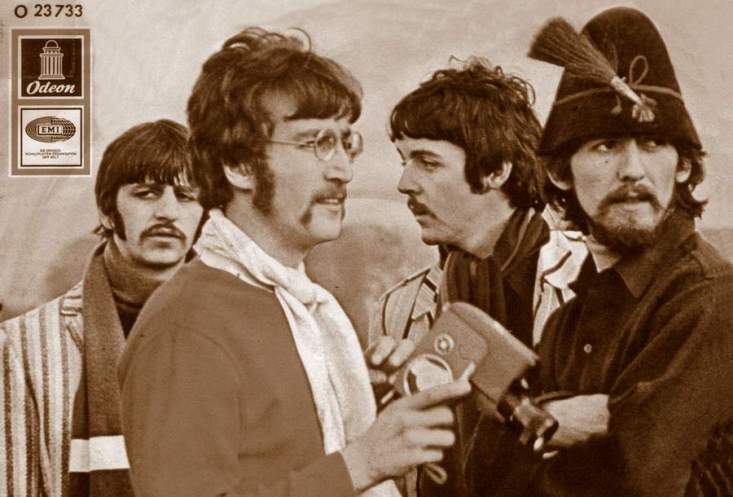 #mixtape is a feature in which we ask someone to send in a playlist of ten tracks they’re enjoying at the moment and then get them to say a few things about each track. The idea being to see what we can gauge from someone’s music taste whilst listening to some cool tunes. We could go on about it a bit more but that’s about it really.

I’m what you would call a serial Shazamer. Whenever I hear a song that remotely catches my interest I try to discreetly pull out my phone and hunt for its name and artist. I have no shame. Unfortunately that does mean that my 10’000 strong music collection has some hidden gems and eclectic jams; putting my iPod on shuffle always leads to some interesting discoveries. Nevertheless that’s exactly what I did to write this feature, because at the end of the day there’s always the possibility for any song to recall memories and moments from throughout our lives.

I grew up with Beatles records playing in my living room, dancing with my dad whilst perched on his feet. Their albums were the first I put on my first iPod at the  tender age of 12 (insert old soul comment here…)

Vampire Weekend was one of the first bands I saw live in concert and I distinctly remember handing Ezra Koenig a guitar sillyband and receiving a guitar pick from him in return (HE TOUCHED MY HAND). I also liked this song before I ever heard it because of its title evoking memories of when I was a Diplomat’s daughter.

I actually didn’t know I had this song… pleasant surprise…

I was never a die-hard fan of anyone, but the closest I got was with Avril Lavigne. I’m pretty glad she popped up here; when I lived in Switzerland I listened to her a lot, mainly because hers was one of the few English CDs I could get a hold of. I admired her ‘I don’t care what other people think of me’ attitude, especially when I was trying to do the same at age 10 in a small mountain village where everybody but me spoke French.

The Heist album was a bonding experience with the friends I made in first year at Edinburgh university. Now flatmates, we still love Macklemore and Ryan Lewis, coming full circle by attending their latest concert in Glasgow, heavily representing ‘MERICA.

I shazamed this one at one of the cutest bakeries in an up-and-coming neighbourhood in Singapore. The area, much like this song, is pretty alternative compared to the metropolitan aura of Singapore and is a nice escape from the mainstream.

This song came to me in the form of the It’s A Girl Thing CD, 10 years later and I can still belt out every word with the help of a certain Deputy MUSIC Editor of Prancing Through LIFE…

I love acoustic songs and this one was discovered after stumbling upon a Burberry Acoustic playlist on YouTube. I still haven’t gotten sick of it after 4 years mainly because it was my metaphor for high school.

Inspired by the Corr siblings I would sometimes dream about my younger brothers and I forming a band but, thankfully, their lack of interest meant that we instead spent quality time playing football instead of songs.

(Note the lack of inspiration from other family bands i.e. The Jonas who?)

A current favourite cruising around the streets of Singapore that I sing along to quite loudly in my car, this would be fine both if I could sing and if my car weren’t a convertible.

Here concludes this Russian roulette in my music taste. Thankfully it hasn’t revealed anything too embarrassing but then it has totally omitted my extensive collection of Flight of the Concords and David Bowie – maybe next time…

Johanna Smit is currently studying Psychology and Linguistics at the University of Edinburgh but don’t worry she cant psychoanalyse you just yet. She’s short by family standards but is constantly experimenting with new gluten-free recipes to help her grow. She loves spending her summers in Singapore and reading in the sun with a steady access to anything caffeinated or containing cheese.

If you’re interested in getting involved in PTL – drop us a message on prancingthroughlife@live.com.