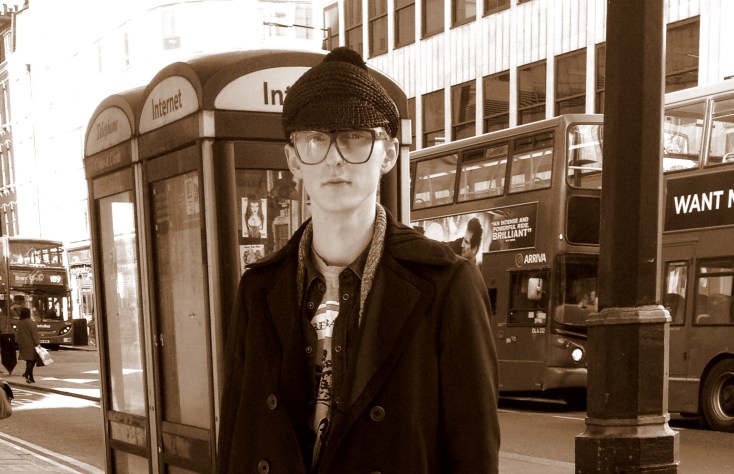 #streetstyle is a feature in which your friend and ours, Hannah Beer, skips around London stopping, photographing and questioning those she deems stylish. If you have noticed an Audrey Hepburn look-alike admiring your fashion it was probably Ms. Beer. It is also worth noting that the concept of street style is unique to Prancing Through LIFE. Copyright 2013.

The sunshine that has been sporadically gracing London with its presence this past week must have given everyone an injection of bravery, because I’ve seen lots of colour, Clashing patterns and ankles that have been noticeably absent in the winter months have returned. Even I have worn the least black I remember ever wearing recently simply because of the amount of sunshine. I’m not quite on the same level as Pollyanna (below), but, who knows, give me time… 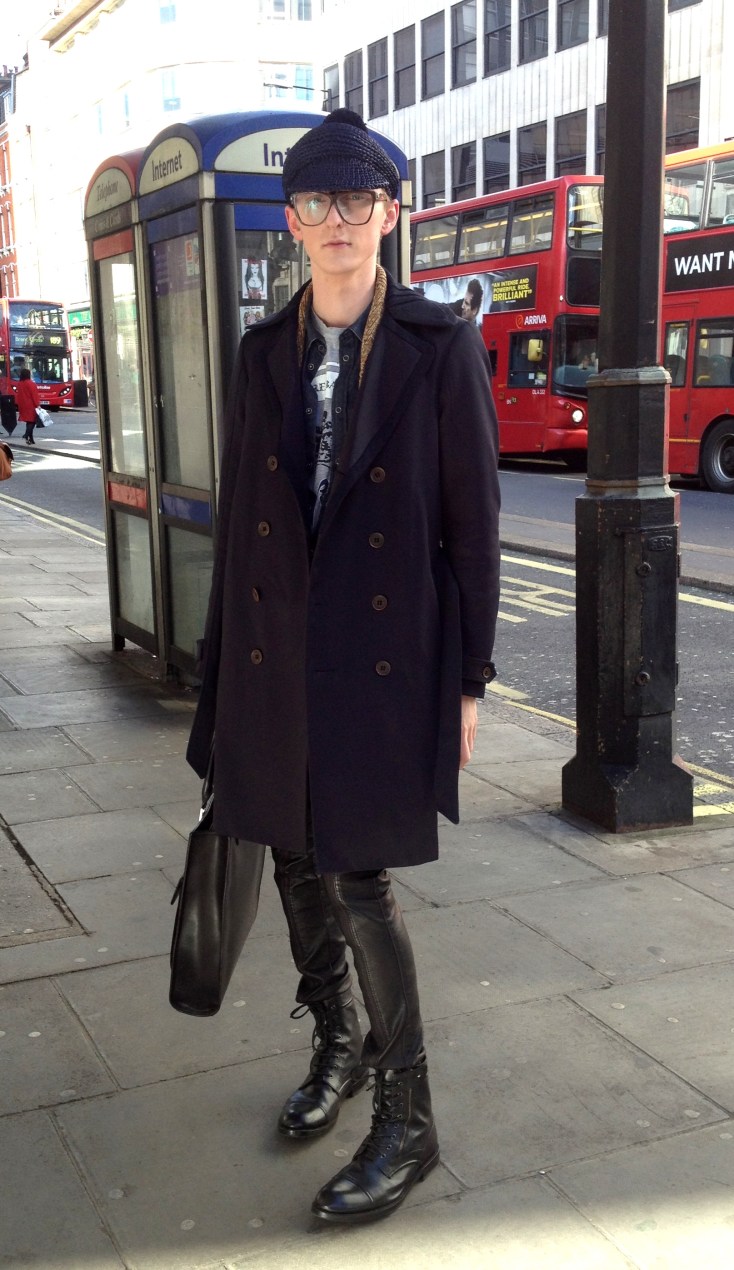 The first thing that caught my eye about Olivier was his bag, because I’ve been wanting one like it for myself ever since I saw the ones that Stella McCartney brought out for A/W ’13. From the bag, my eyes darted over to his leather trousers and then up to his fairly spectacular and certainly one of a kind glasses/bobble hat combination. It’s a very brave look and not one that everyone could pull off, but Olivier certainly does.

To be honest, I don’t follow trends or try to look like anybody else. Style to me is just me, my own individuality. 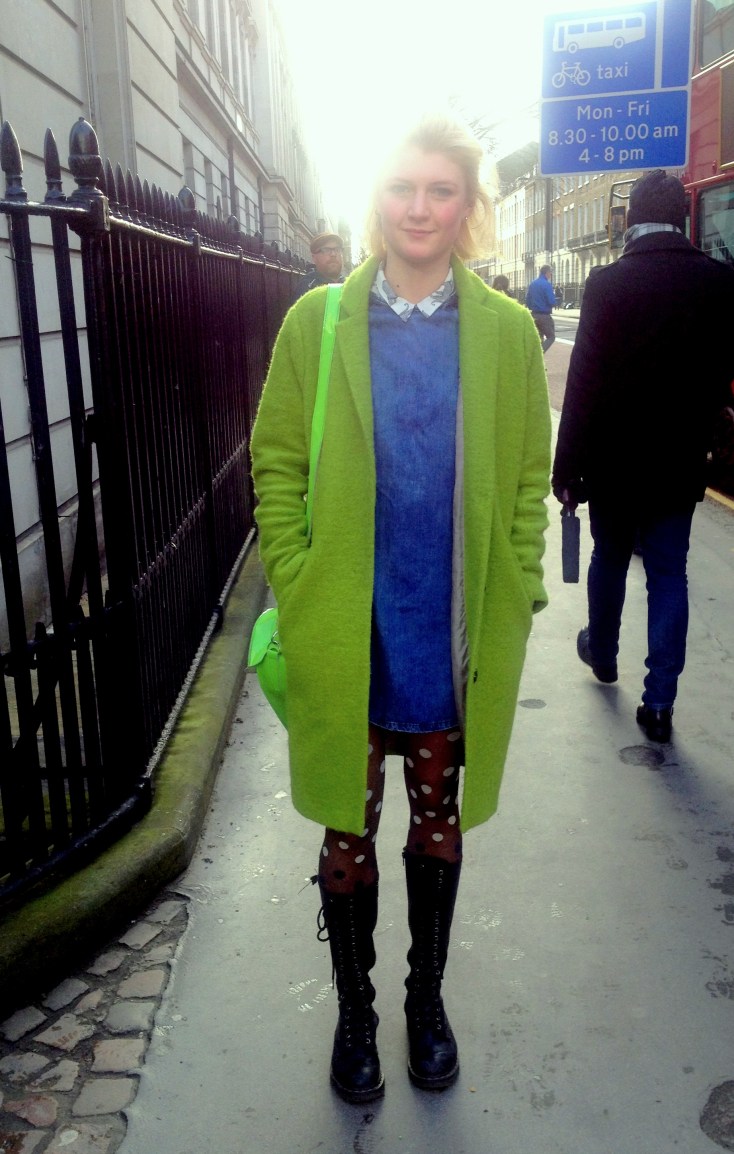 I actually chased after Pollyanna having seen her out of the corner of my eye on my way to uni in the morning, making myself a) late and b) look incredibly stupid. However, it was worth it, because her bright green coat and even brighter green satchel put me in a great mood all day, which is a real achievement on a Monday. I also never thought there’d come a day when knee-high docs wouldn’t make me cringe, but I have happily been proved wrong.

Hannah Beer is a student at University College London. She studies Italian and German. In her spare time Hannah enjoys eating red velvet cupcakes and banging on about feminism. When Hannah grows up she’d like to be Audrey Hepburn – this may prove difficult but let the haters hate. Hannah looks a lot like anyway Audrey Hepburn so she’s half way there.