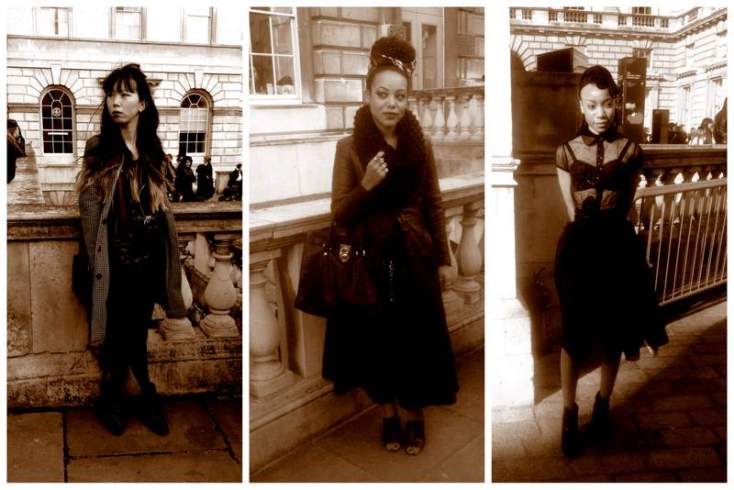 #streetstyle is a feature in which your friend and ours, Hannah Beer, skips around London stopping, photographing and questioning those she deems stylish. If you have noticed an Audrey Hepburn look-alike admiring your fashion it was probably Ms. Beer. It is also worth noting that the concept of street style is unique to Prancing Through LIFE. Copyright 2013.

As many of you will know, the fashion weeks are now upon us. New York has been and gone, Paris is yet to come, and London is happening as we speak. One of the perks about being at university in London is that Somerset House is just a short bus ride away, and so I spent my weekend running around the cobbled courtyard staring at and snapping the incredible outfits on display there (and subsequently spending lots of money after being inspired by said outfits). Choosing just two people to feature was impossible, so instead I’m doing a very concise report of the things London’s fashion elite can teach us about street style:

1. Shiny shoes are having a moment.

2. In fact, shiny in general is having a moment. A big one. 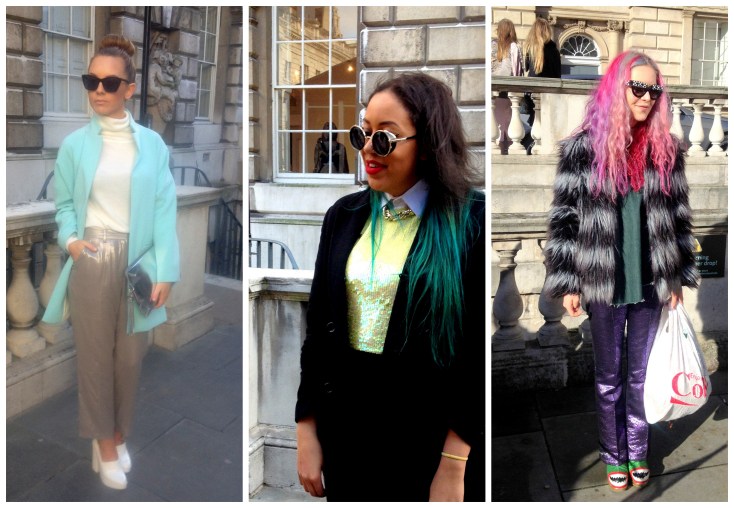 3. An abundance of trainers proved that Sport Luxe is very much a thing and it’s here to stay – at least until next season. 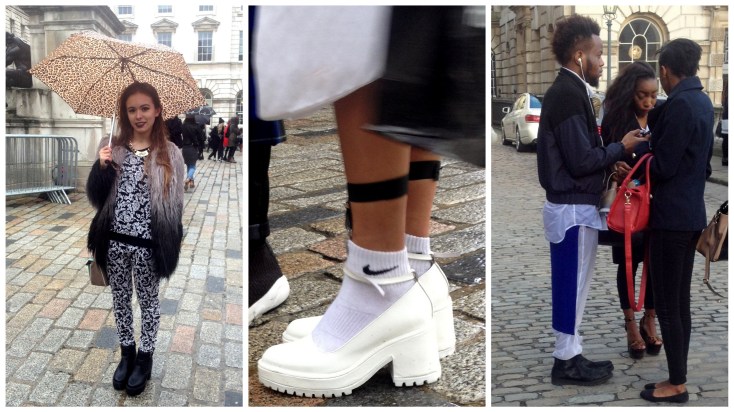 4. But, nonetheless, Christian Dior’s famous New Look is still alive, well and fabulous. I saw so many full skirts I thought (hoped) I had gone back in time to an early Audrey Hepburn movie. 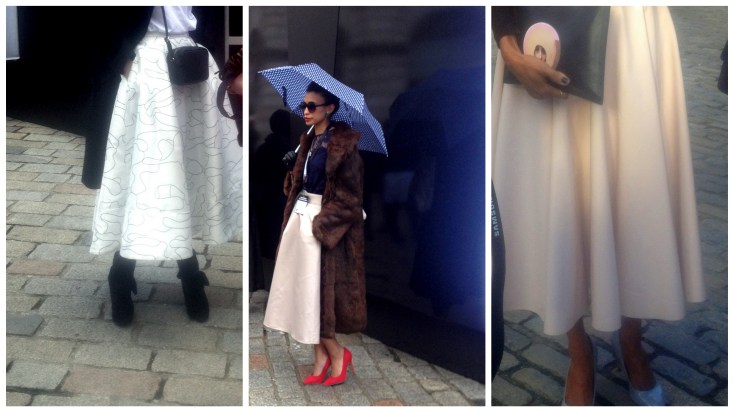 5. You can never have too much of one colour. Especially blue. 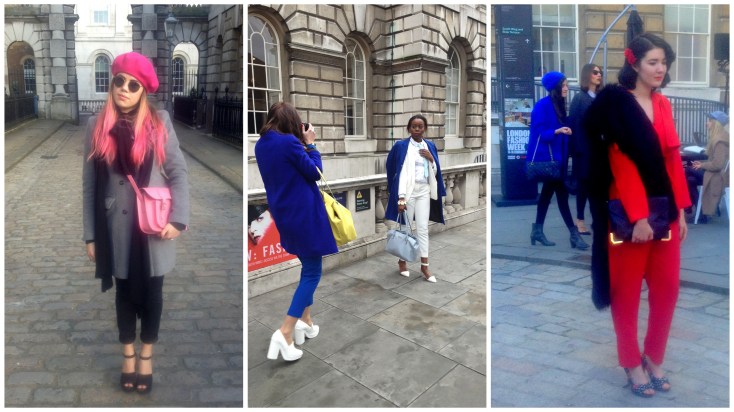 6. …or actually, any colour at all. Maddie, the girl in the incredible rainbow outfit, was my favourite look of the whole weekend. She even inspired me to wear something other than black on black on black, which is a real achievement. 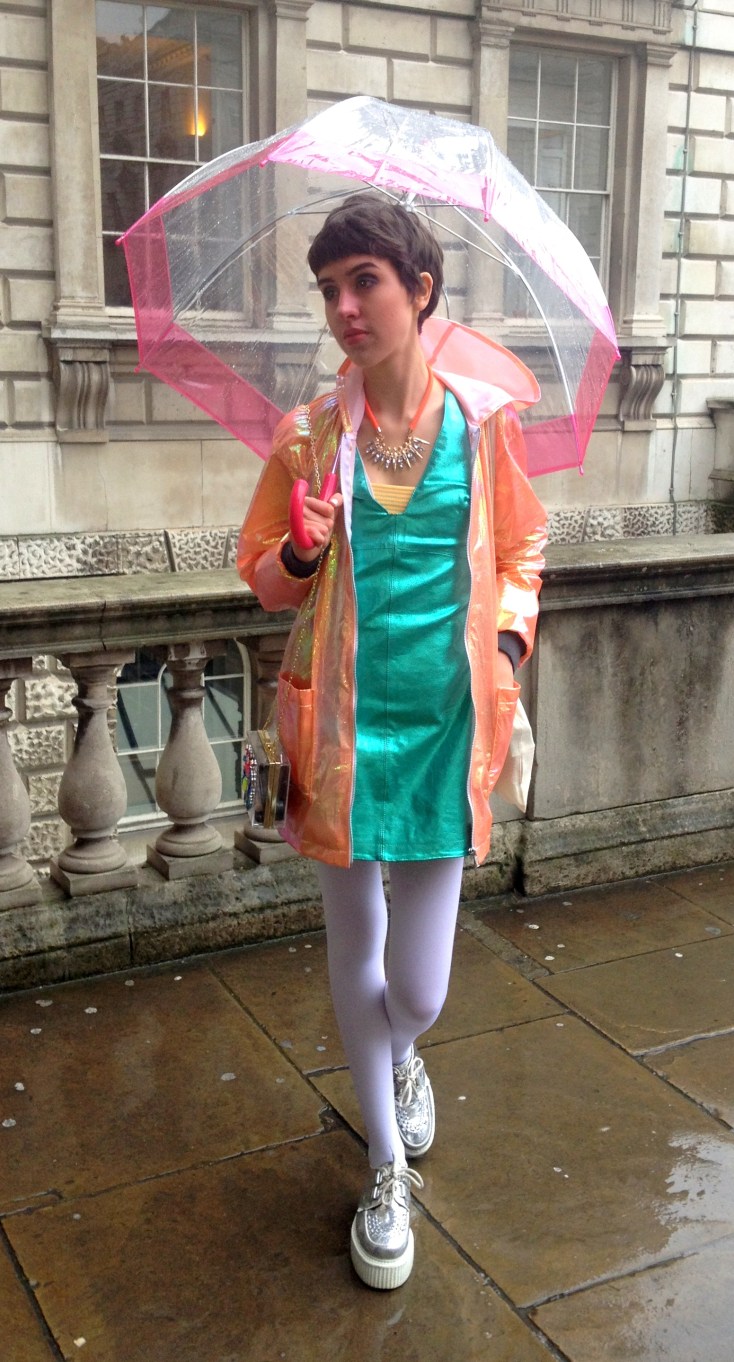 7. However, there will never be a ‘new black’. Black is always the new black. 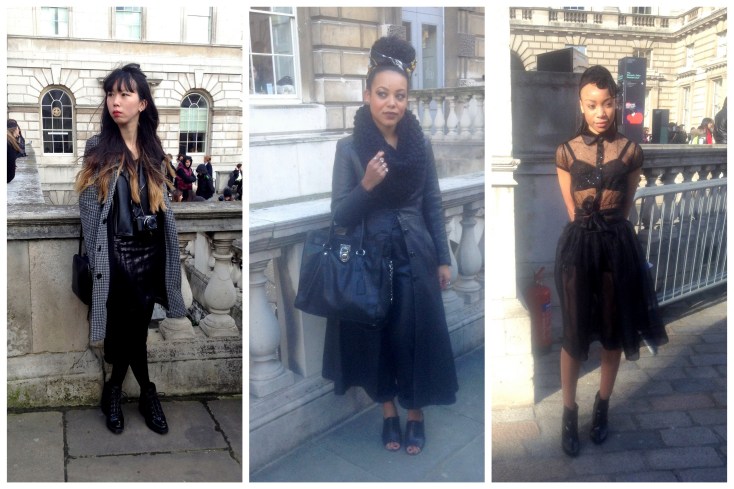 8. Animal ears are not exclusively reserved for Halloween, nor are they limited in size. In fact, as Kaito proved, the bigger the better really. 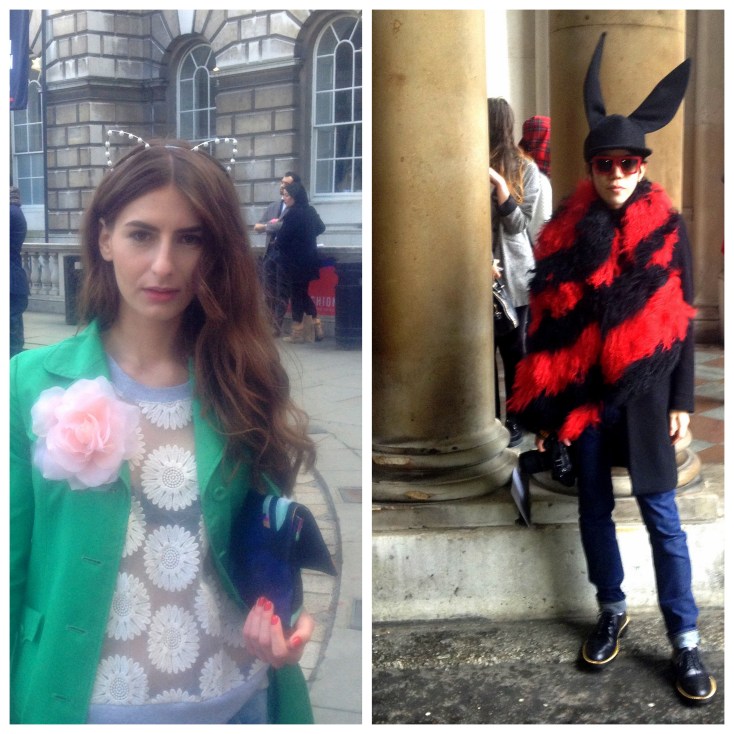 9. A man in a hat is always great, no matter the colour. And Pharrell has power in the fashion industry beyond anything we could have imagined. 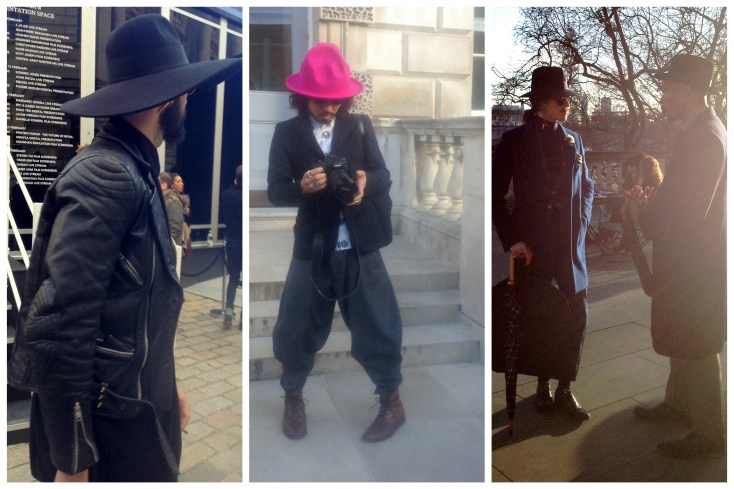 10. Finally, that you can nail four trends at once and it can be so wrong that it’s right. 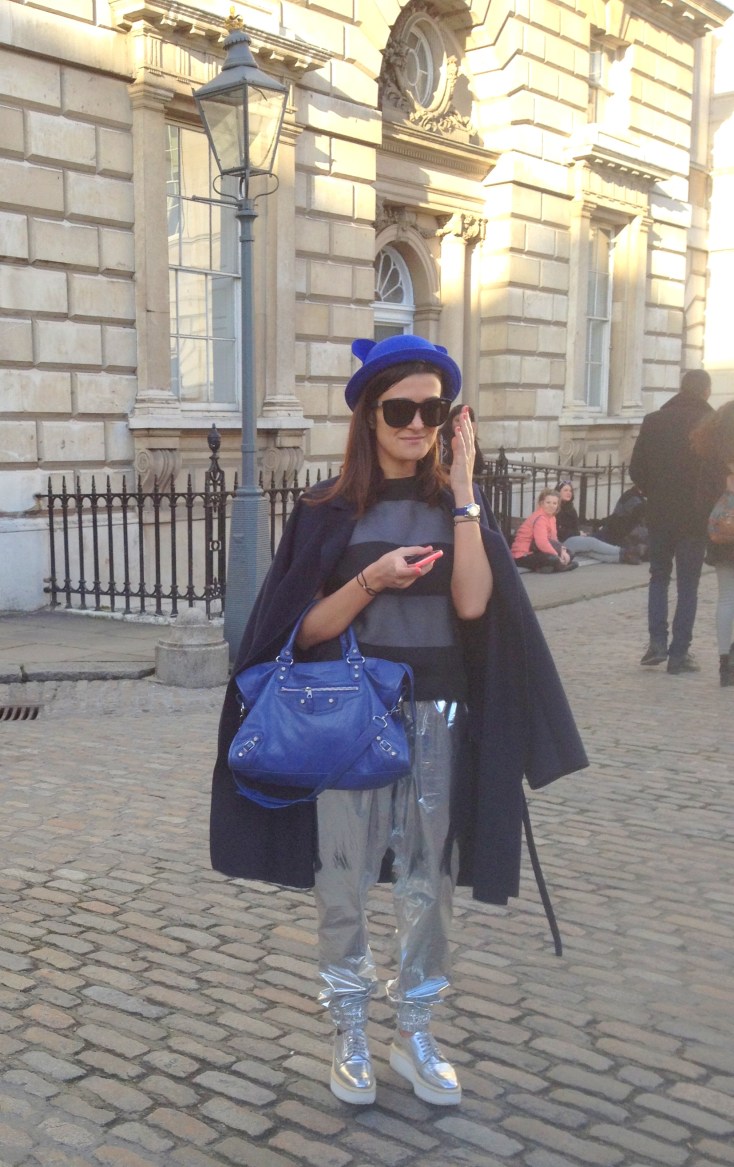 Hannah Beer is a student at University College London. She studies Italian and German. In her spare time Hannah enjoys eating red velvet cupcakes and banging on about feminism. When Hannah grows up she’d like to be Audrey Hepburn – this may prove difficult but let the haters hate. Hannah looks a lot like anyway Audrey Hepburn so she’s half way there.