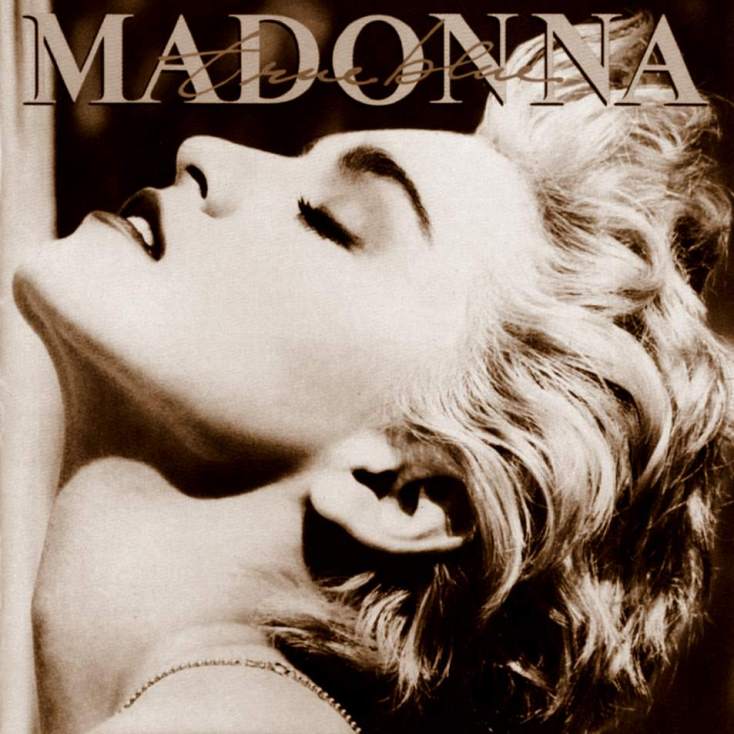 #musicmarathon is a feature in which we get someone to listen to all of an artist’s studio albums in order of release date and ask them to comment on them. The idea being to see the evolution of an artist whilst listening to some nice music. The highs, the lows, the weird forays into reggae – we cover it all. Sit back and enjoy the musical journey.

The idea to set-up #musicmarathon for PTL came from my strange but growing need to listen to all of Madonna’s studio albums in order on a habitual basis. (I am a weirdo). Throughout my life Madonna’s been there. Much of my rather macho childhood was spent creating impromptu routines to The Immaculate Collection in my bedroom and many car journeys were spent with Confessions On A Dance Floor in the background. Back in 2012, in anticipation of the release of Madonna’s latest album MDNA, I felt it necessary to educate myself in all things Madonna. I downloaded all of her (then) 11 albums and began listening to them in order from debut to most recent – learning along the way, not only how Madonna reinvented herself but how pop changed along with her and the world became a better place…oh dear. Welcome to Part I of the Madonna #musicmarathon. 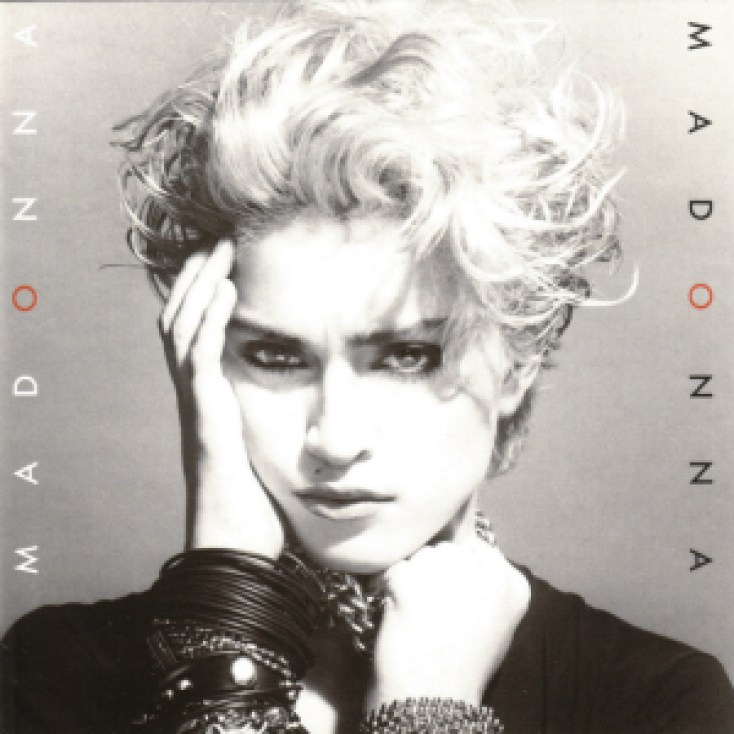 Madonna released her self-titled debut in 1983. She was 25. A lot of popstars nowadays release albums before they’ve even worked out whether facial hair suits them or not (Exhibit A). Madonna was not one of these people – she had her shit together and you can hear this in the music. Just eight tracks long Madonna is a thing of pop beauty. Concise and uplifting – the songs command you to dance, whilst delving into topics from ‘gee – holidays are fun’ (Holiday) to ‘bollocks I’ve got a crush on you and it’s consuming me’ (Burning Up). A notable thing about Madonna is that although a lot of the content is love-focused – she tackles it from a different perspective to her predecessors. It’s not ‘ooh I’m in love and it’s perfect’ it’s ‘christ love can be a bit shit, ladies do you feel me’. Hell yeah.

Listen to Madonna when love is messing with your mind.

Borderline – ‘I don’t want to be your prisoner so baby, won’t you set me free.’ Poetry. 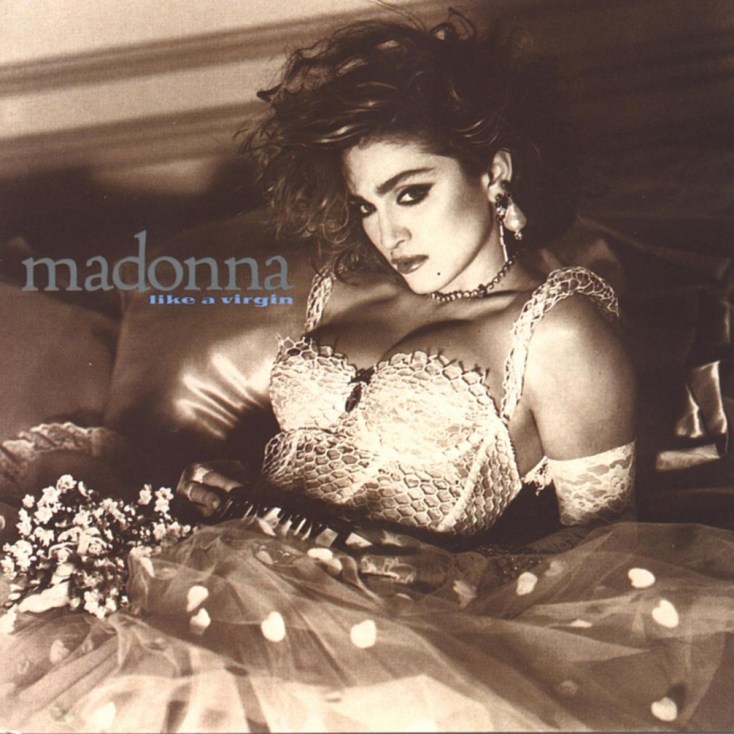 One year after the release of Madonna, it was about time the singer had a U.S. No.1 under her belt. Luckily for Madonna, she’d created enough buzz with her debut to hire in some big guns to help her out on her sophormore effort – most notably Nile Rodgers. We Are Family, Let’s Dance, Get Lucky – this man has done a lot. The result was the career/pop/life-defining single: Like A Virgin. Controversial and fun it spent six weeks on top of the Billboard Hot 100 and, although some of the tracks of its eponymous album drifted into filler territory (Shoo Be Doo, Stay…sorry Madonna), the title track and its fellow singles (Angel, Dress You Up, Material Girl, Into The Groove) more than made up for them.

Listen to Like A Virgin when falling in love.

Like A Virgin – The ‘hey’ in the chorus is the stuff of which pop dreams are made. 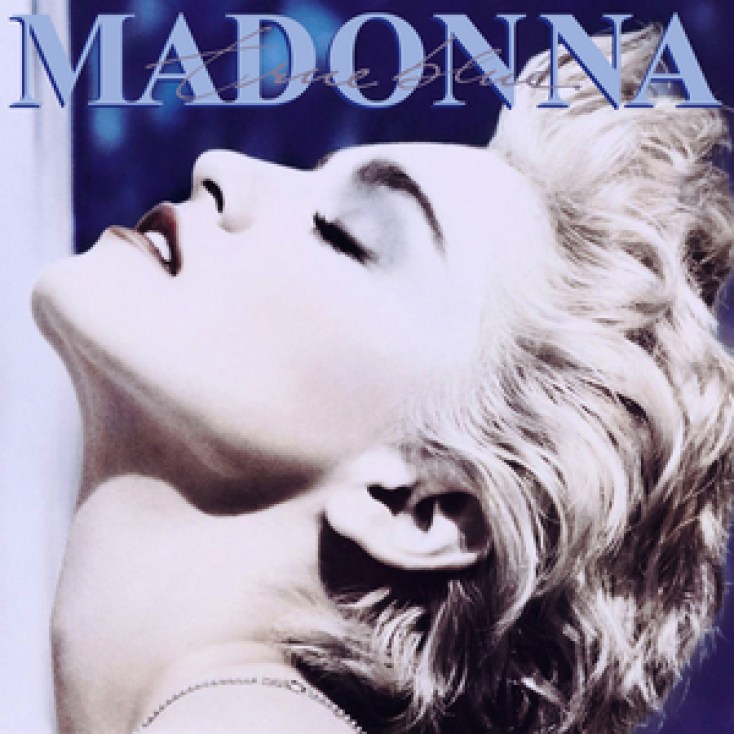 Two albums down, pop superstar status in check, Madonna needed an album to prove her artistic credibility (oh boy): cue the latin inspired True Blue. Something which Madonna has always been an expert of…until recently – is single choice. Throughout her career she’s taken risks with her singles and it’s paid off. Live To Tell was Madonna’s first outside the box single. It was also her first proper ballad – a tragic tale of being screwed over in love and life – and it marked her transition from pop girl to pop woman. Alongside the controversial Papa Don’t Preach, cute Open Your Heart and brilliant La Isla Bonita – it was clear that Madonna was fast becoming a master of modern music and, as a result, True Blue, went on to become her best-selling studio album, shifting 25 million copies.

Listen to True Blue when on holiday.

Live To Tell – Madonna has performed this song on a crucifix. That’s all. 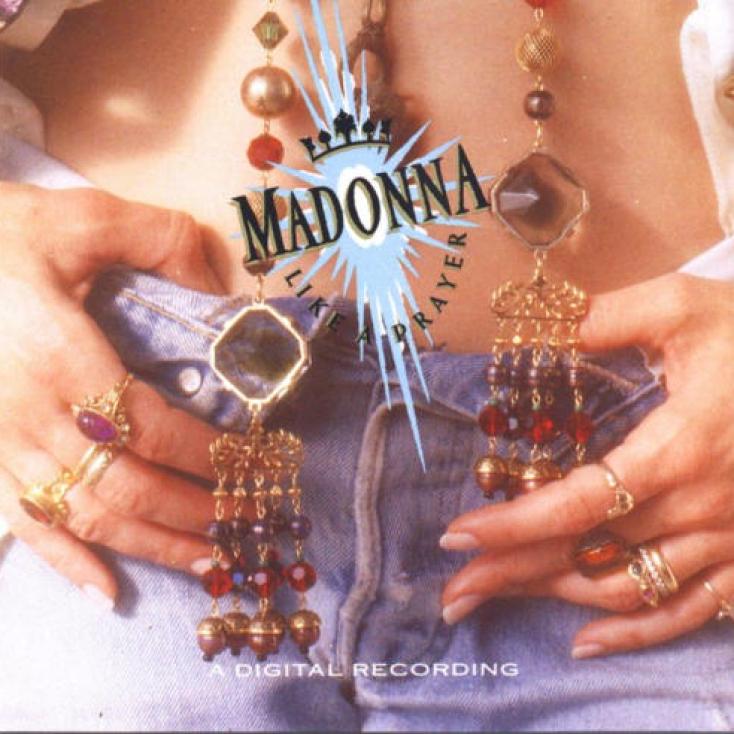 In the wake of the brazen pop of True Blue, Madonna took on a rockier edge and put together her most personal album to date: Like A Prayer. The idea of Madonna doing rock sounds quite absurd but luckily the results were not. Like A Prayer sits on the right side of  pop-rock and taking inspiration from catholicism, Madonna’s mother’s death (Promise to Try) and her troubled relationship with her father (Oh Father) it sees Madonna explore new subject-matter with her music. This alongside the fact that the album contains a contribution from Prince, Express Yourself and one of the greatest singles of all time, Like A Prayer, makes it one of Madonna’s best. Not only that but, Like A Prayer, is the first memory I have of Madonna. My older brother and I used to spend hours dancing to it (again very macho). There’s something about it which makes you move. It’s visceral.

Listen to Like A Prayer when dealing with family issues. 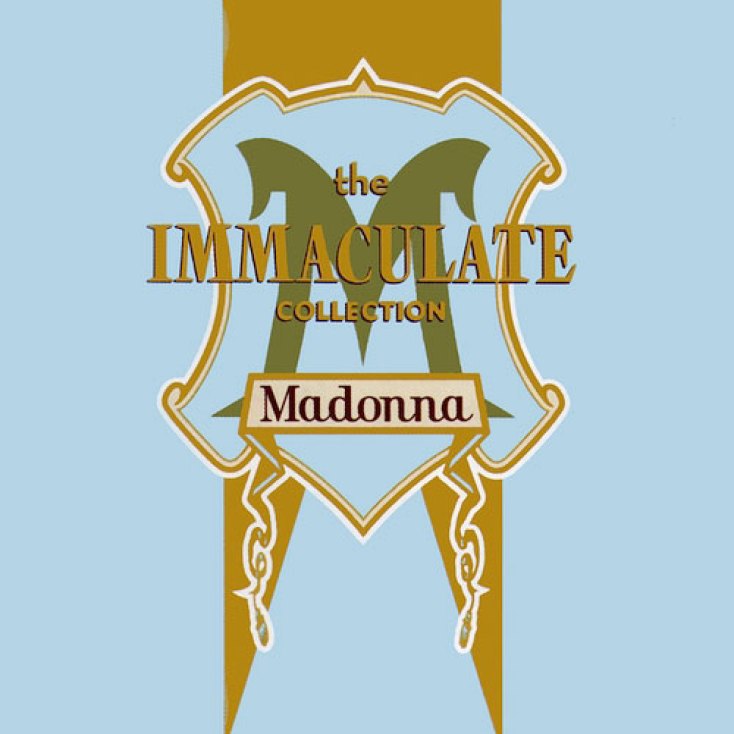 Such is the magnitude of Madonna’s career that there is much more to it than just her studio albums. Subsequently each part of the Madonna #musicmarathon will contain a bonus. Part I’s bonus is The Immaculate Collection. The Immaculate Collection marks Madonna’s first greatest hits collection and to this day remains the greatest greatest hits collection of all time. Her most successful singles were remastered to sound more cohesive and it contains non-album masterpieces such as Crazy For You, Justify My Love and Vogue. It also sold 30 million copies which, all things considered, is not too shabby.

Strike a pose, there’s nothing to it. Vogue.

Sam Prance is the Editor of Prancing Through LIFE. He studies French and Italian at Edinburgh University. His favourite novel is Cloud Atlas and he has Madonna marathons on a regular basis. He is currently writing this auto-bio in the third person. He will now stop writing this third person auto-bio in order to save himself some embarrassment.