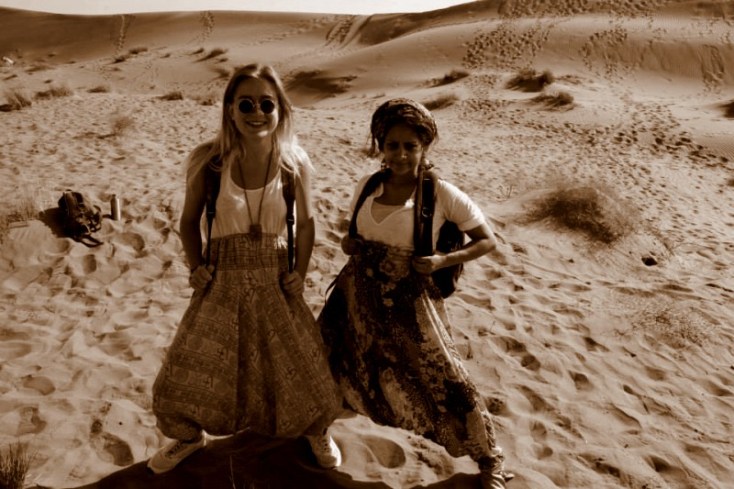 How should Euro-Arab dialogue be improved on an international level?

Sounds like a typical social and political science essay question! As every SPS student (also known as soon-to-be-overqualified-bitter-barista) knows by heart, the golden answering formula goes: yes, but kind of no, maybe, very complex, much difficult, so multi-layered, wow, the answer is yes-no-maybe-complex-wow. However, after spending six intense days in the solitary desert of Oman I would risk my dream of having a comfortable 2:1 by suggesting that we kick all the old diplomat beards out of their musty conference halls and send them out in the desert to play together in the sand like a bunch of chinchilla babies.

This is exactly what Connecting Cultures does. Or at least what it did to me, the chinchilla part. Endorsed by UNESCO and The United Nations Alliance of Civilization, the organisation has been sending young future leaders (or massive keen beans who harass them with numerous applications) to the wilderness of Oman. Here they share an unforgettable desert journey filled with feisty debates about cultural polarisation and other issues concerning relations between Europe and the Arab world. I guess I have written enough personal statements in my life to lie my way through things, as I was one of the lucky keen beans chosen to represent my country Finland this year. Backpack filled with Finnish chocolate and Crocs (ideal for spotting scorpions, so please forgive me) I set off to Oman for the first time in my life. 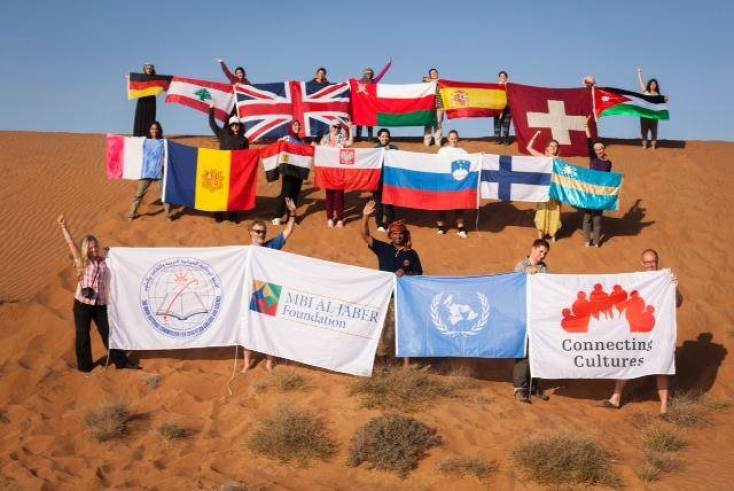 Daily routine in the desert was very simple. Our team, which consisted of three camels and fifteen young flawless women from all over Europe and the Arab countries, traveled through the desert together, occasionally stopping for some Omani coffee and a little bit of intercultural banter. Every day around lunchtime we had more focussed debates and discussions on set subjects, such as good leadership and the role of the media in promoting common cultural stereotypes and misunderstandings. In the evenings we would sit around the fire and often try to find star constellations together. I did not manage to find anything else than descending Emirates A830, but I guess that spotting Little Bears and Big Dippers was a good bonding experience to the rest. There were no walls, no doors, no smartphones to hide behind – the silence of the desert was deafening and beautifully liberating. Instead of having compulsive Instagram withdrawal symptoms (I did certainly have one dream which was in Earlybird colours) I felt completely disconnected from the hassle and the social pressures of the outside world, being able to dedicate all my energy and receptiveness to the people around the campfire and the stories they carried with them.

The truly unforgettable moments and stories were not shared while debating set subjects – they only served as a spark for real intercultural learning to take place. Strong friendships were built during the long walks across the sand dunes (and when it comes to me, sliding them down head-first using a food tray as a surf board – one of the most significant self-discoveries of my journey was my mental age, which is 4 years) and around the evening campfire. Discussions often revolved around The Arab Spring and Syrian Crisis, of which many of the women around the campfire had personal experiences. Feminism and intersectionality (I’ve only just learnt that word so I’m trying to drop it around as much as I can) were also embraced – many of the evening campfires ended in loud, collective Single Ladies (Put a Ring On It) performances! Like the old Arab saying goes, you only know someone well once you’ve traveled together. Getting to know people in this bare environment without any distractions of our daily lives, was very special for someone young during this day and age, in a world where an agora of social media tweets, updates and ego-boosts (I’m the one to talk, surely) continue around the clock.

Connecting Cultures emphasises and pressures the importance of face-to-face dialogue. In my application, I wrote about the recent study showing how only half of the young people in Finland have a foreigner as their friend. This will limit their conversation topics to rotate around ice hockey and how shit it was that Microsoft bought Nokia, and most importantly, could be likely contribute to the continuing legacy of xenophobic populism policies reinforced by people who have no personal connection with anyone out of their ethnicity, nationality or comfort zone. 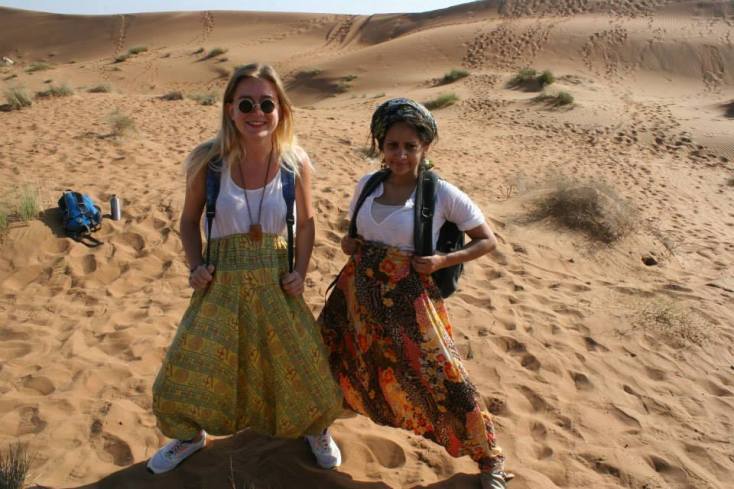 So, send those diplomats and the xenophobes off to take dusty baths, chinchilla-style, in the deserts of Oman! Those five days taught me more about the importance of Euro-Arab dialogue than any Skype conference ever could. UNESCO believes that the women they choose to attend to Connecting Cultures expeditions will be very likely to aim for leading positions and achieve great things in their lives. If nothing else I accomplish fits their requirements, I hope they would at least publish my unbeatable Pacman high score (I’m not saying that I’m a big deal, but it’s good). Whatever us ladies aspire to do in the future, I am sure the Connecting Cultures journey gave us strong, lifelong friendships and networks along with lessons on leadership and how to make a difference. Most importantly perhaps, it gave us the chance to put ourselves in someone else’s shoes for a mile. Metaphorically speaking, yes.

I returned to London and took the train to Scotland feeling very empowered and ready to heal the world of all the bad things. I was happily about to have a nap, wearing my new sultan-sized Bedouin scarf as a turban to block out the sunlight, only to be woken up by The Most Obviously Jewish Man On Earth, who, looking more than mildly uncomfortable with the seating situation, warily sat down next to me. For the next four hours he tried awkwardly to concentrate on his Torah while munching his Kosher King sandwich, while I sat next to him wearing my humongous Arab turban and feeling way too uneasy to start the process of unwrapping it. Once he departed the train, a co-passenger sitting opposite to us wondered why didn’t I leave the train with my husband.

With the aid of Connecting Cultures, maybe one day!

Elsa Snellman is a third year student of soon-to-be-overqualified-bitter-barista-studies in The University of Edinburgh. She is originally from Finland. In her UCAS personal statement she pretended to have lived in Greece saving baby sea turtles during her gap year, when in reality she was working in a dodgy Scandinavian tourist bar as an unskilled waitress (and she’s not even Scandinavian). Seriously, Elsa, get your shit together.