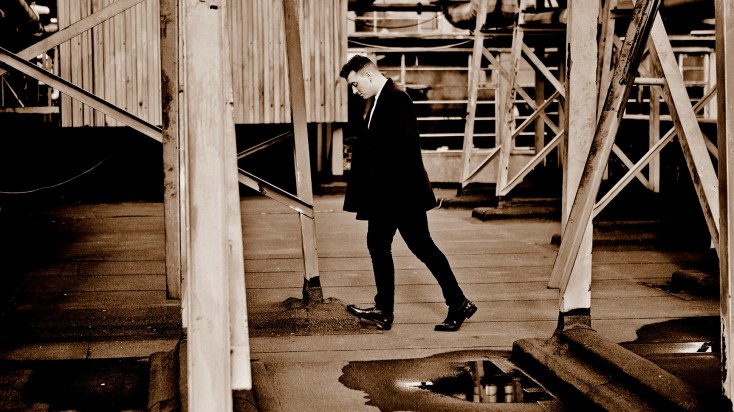 The BBC Sound of 2014 long list this year, more so than any year previously, reads as a wonderful list of musical innovation and variety. Indeed, whereas in some years, the prize has been based upon musical snobbery and elitism, this list of exciting new musicians has an intrinsic sense of variety that has subsequently catered for not only the slightly left-of-field, traditionally critically acclaimed artist, but also for artists who will inevitably be scoring commercially successful hits in the years ahead. Here, I pick just three of my personal favourites to win the 2014 prize:

I first came across MNEK’s work a good three years ago when searching the Internet for exciting new artists to write about for one of my first ever jobs as a writer. Since this time, MNEK has seen his career sky-rocket; not only as an accomplished singer and writer, but also as a producer, having worked on incredible tracks for the likes of Little Mix, The Saturdays and Misha B. Most recently, his vocals can be found on Gorgon City’s ‘Ready For Your Love’; a track that’s destined to make the same waves as his previous collaboration with Duke Dumont ‘Need U (100%)’. MNEK is exciting in the sense that his influences are broad and varied to such an extent that his music subsequently sounds undeniably unique. Indeed, when listening to the fusions of musical genres that dominate his work, it is undeniable that MNEK is destined for great things in the coming years. MNEK is an exciting pop tour-de-force you’d be silly to underestimate.

Kelela is undoubtedly musically unique. Her sound is almost too specific to pinpoint, although if you were to imagine a fusion of the sounds of Little Dragon and Aaliyah, you wouldn’t be too far off. Electronic influences run clearly throughout her recent mixtape ‘Cut 4 Me’ alongside her impressive and accomplished vocal delivery, making for a body of work that is fundamentally exciting, boundary-pushing and relevant alongside the likes of Drake, The Weeknd and Grimes. Most impressive of all is the way in which Kelela uses her voice as an instrument. Indeed, whilst her contemporaries often stay rather reserved in their vocal delivery, Kelela takes the listener on a journey, allowing us to understand her torment or feel her happiness with every note she sings.

When listening to FKA twigs, it is hard not to initially feel slightly confused. After all, on first listen I was instantly put-off by what I felt to be a rather tuneless, bland collection of songs that placed style above substance. Yet, on repeated listens, the work of FKA twigs begins to click, so much so to the point now where I wonder exactly what I was thinking to initially reject such a glorious new artist. FKA twigs places artistry at the core of everything she does from her eye-catching videos, to the artwork of her records and the incredible production of each track on her EP. Musically impossible to describe, FKA twigs is not only a new artist, but also the unintentional creator in my mind of an amazing new genre; a fusion of pop, electronic, soul and jazz that was last explored by the likes of Bjork some time ago.  For sheer innovation alone, FKA twigs would be my tip to win the Sound of 2014 prize.