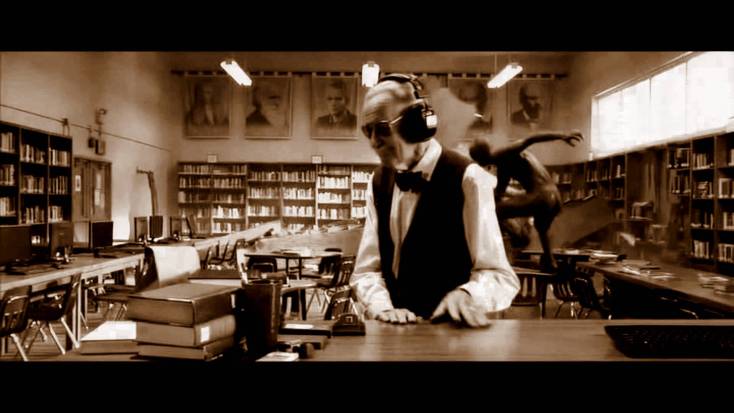 #girlsonfilm is a feature in which your friend and ours, Hannah Oliver, recreates famous cinematic scenes in real life and then writes about them. The idea being to discover what happens when the fantasy of film is brought down to the reality of everyday life. 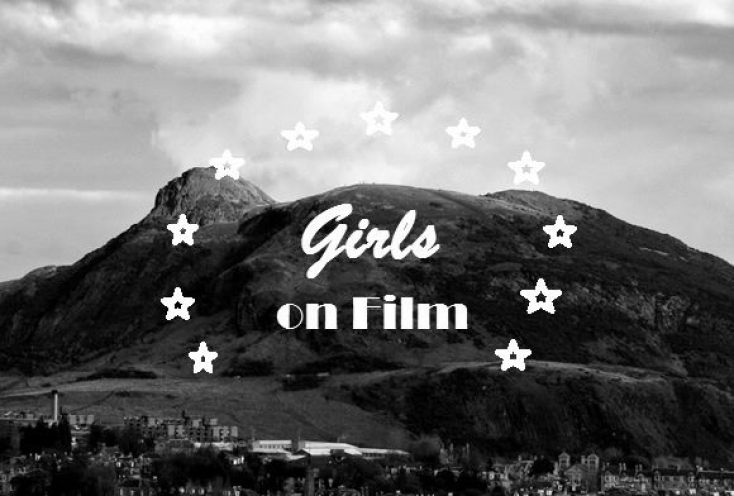 I had some fun with #girlsonfilm this week. Unfortunately, as is the general trend of life at the moment, it was on my own, in front of a computer screen, in the only place both warm and cheap enough to spend hours of time sitting in one place. (Be warned: it ain’t going to make for a very exciting scene recreation. In fact, I’ll tell you straight out – there was no scene recreation. Because, frankly, this week I have no life to create it in. Ha. Ha ha. Waaaaaa.)

There is a certain mania to this time of year. Facebook and Twitter shit themselves, life transfers itself to online scapes (I dread to think what the person behind me must be thinking of my recent Youtube searches. This sounds rather dirty. I promise, it will all come to light …), and actual human conversation becomes more than slightly surreal. Why? The word fills me with a dry, resigned feeling, complimented with a slight, blood-shot ache behind the eyeballs and the tightening of a chest that anticipates and dreads the amount of sugar I will pour into myself to combat the drudgery of this scenario. I am talking, of course, about The Library.

Don’t get me wrong, there’s plenty I could have done here, film-wise. In fact, I have a very vivid and recurring memory of a scene in which a male and female find true love as they catch eyes through two opposite sides of a library bookcase, and I’m fairly certain they live happily ever after. Cue Most Frustrating Youtube Search Ever. It turns out there’s an insurmountable amount of drama and/or fun to be had in the libraries of film-scapes. YouTube concludes that library scenes are EVERYWHERE. I had so many options, man. Romantic love or action thriller or sexy-times or sci-fi … But I copped out of my principles and succumbed to the mind-numbing sur-reality of Library time-space continuum. In some ways, no other reality need be created ‘cause, jeez, this is bizarre enough on its own. Besides, instinct tells me that my dignity would never recover from acting in any way spectacular or bemusing within the serious, silent 4th floor environment: Facebook statuses would be scoffing at me within two minutes. And I simply can’t do that to my already-fragile self this week.

So, instead, I’ll leave you with the provision of some more procrastination (you’re welcome): imagine, in your fun-deprived minds, these scenes being re-created before your very eyes. And then understand why they never were:

^Nice bit of sexy-times to keep the fun rolling.

^And Audrey, of course.

^But I’ll leave you with Ghostbusters, ‘cause no explanation needed. Duh.

What have we learnt from film-life this week? Simply, that on this occasion, film has gone too far. It lies cruelly, for the library is never fun or dramatic and leeches all creativity. How thoroughly depressing. At least we have Ghostbusters?

P.S. If anyone can help me out with the scene that reverbs in the distant recesses of my childhood memory, I solemnly swear that there is a film where a man and a woman/a boy and a girl make sexy eyes through the gaps of a bookcase – although there is some part of me slightly paranoid I may be getting this confused with the fish tank scene in Romeo and Juliet … Brain. Life. Ugh.

Hannah Oliver studies English Literature at Edinburgh University. She would like to think that this is an apt excuse for her tendency to be overly florid, pleonastic and long-winded (yeah, we couldn’t find a more pretentious word for long-winded).  However, there are two things to effectively shut her up – coffee and/or chocolate. ’Nuff said.