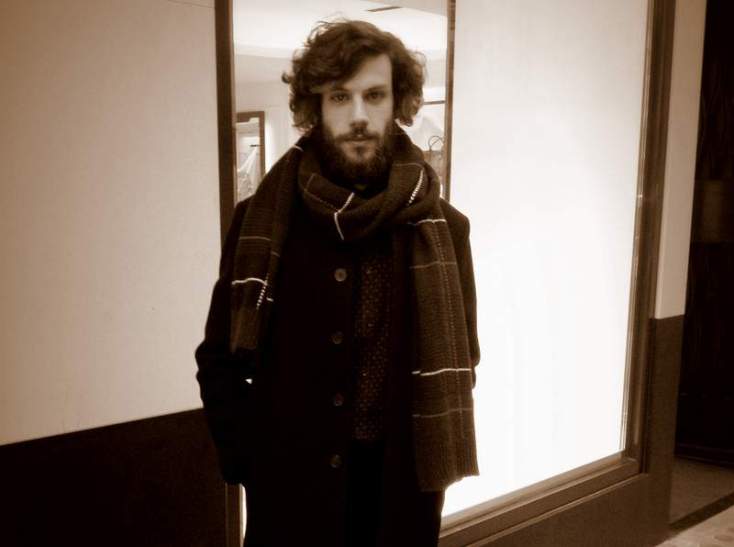 I would like first of all to apologise to anyone I have stared at creepily over the past week or so in the North London area – I never really realised how absolutely terrifying asking to take someone’s picture in the middle of the street (with your iPhone, no less) would be, and I now have unending admiration for the owners of blogs such as The Sartorialist and Humans of New York. I must have stared at and bottled out of photographing about a hundred well-dressed people, and so to them, I am sorry. But at least now you know I was staring at you because I thought you looked cool… 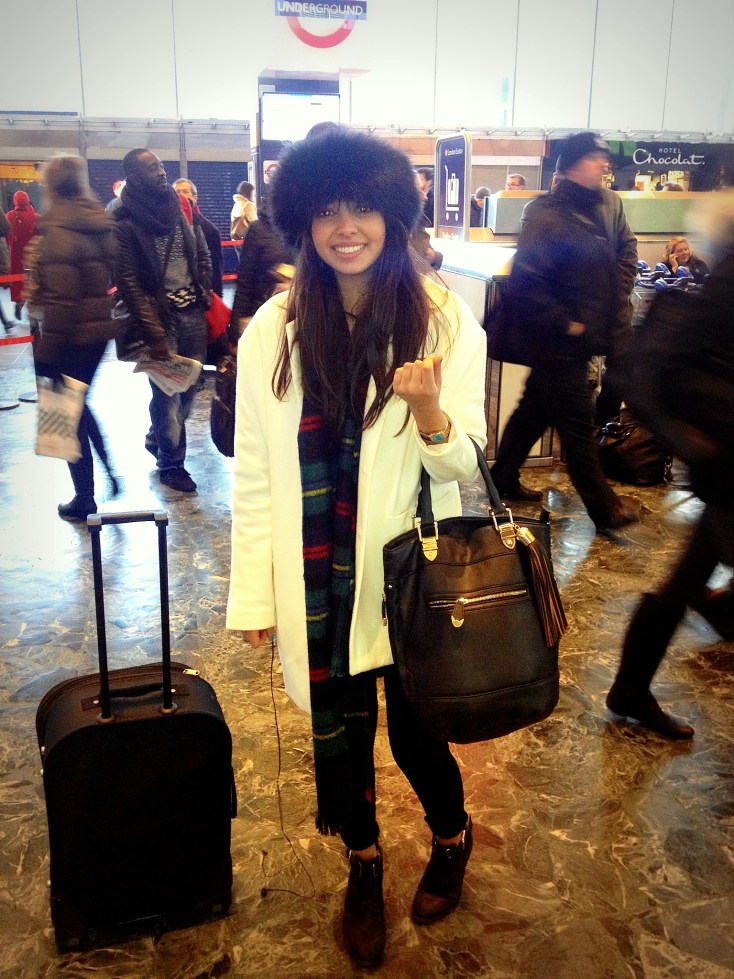 Fashion writers of the world, take note: this is how you wear white in winter. Yasmin stood out to me at Euston station because – as you can tell from the photo – she was the only person there not wearing black (myself included). The simplicity of this white coat means that you notice the detailing elsewhere – the tartan scarf really stands out, which I love as I’m mildly obsessed with tartan, and her fur headband, as well as being the warmest-looking thing I’ve ever seen, balances the white of the coat out perfectly. She put my black beanie/navy coat/black jeans combo to shame…

What do you look for when you buy your clothes?

Originality – I don’t like having things that everyone else has. Also I don’t really mind about sticking to trends, I shop for me. 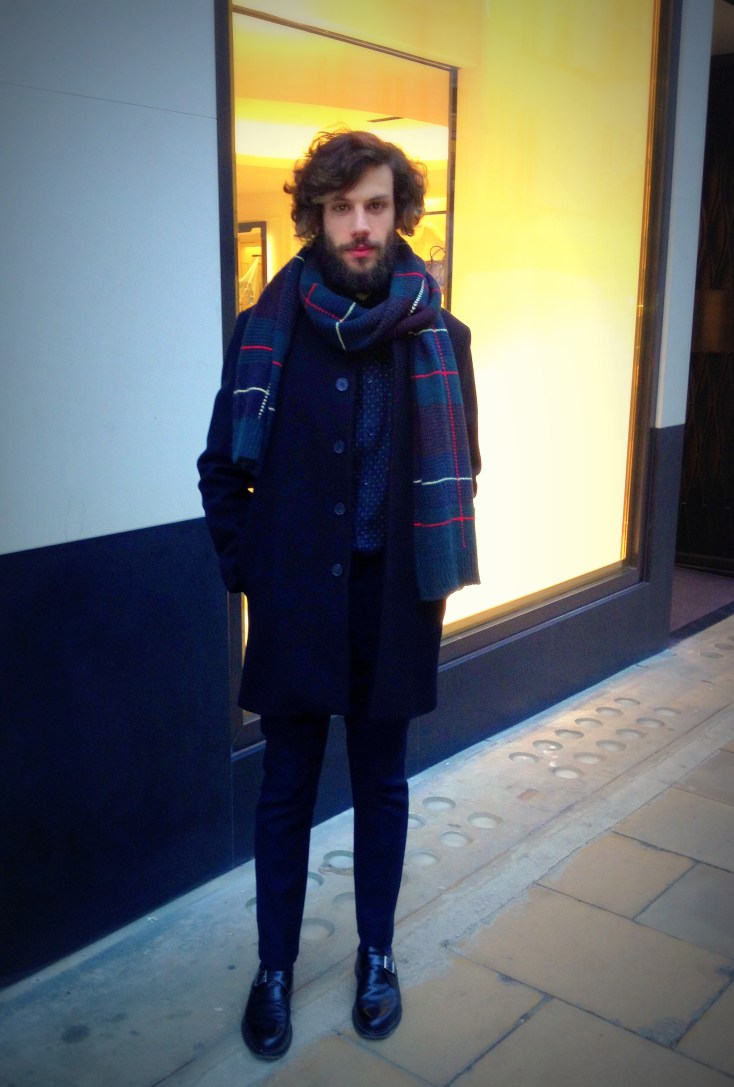 So there I was, waltzing down Old Bond Street, lusting after the beautiful gowns in Alexander McQueen, when out of the corner of my eye I saw the most perfect pair of men’s shoes I’d seen for quite some time. Seeing that the rest of Lorenzo’s outfit lived up to his shoes, I franticly stopped him and asked for his picture – luckily I wasn’t alone so I (hopefully) didn’t seem quite so strange. As I’ve said before, I am a huge fan of simple colours and classic tailoring, and that isn’t limited to a girl’s wardrobe. So many things are right about this ensemble – the cut of the coat, the subtlety of the shirt pattern, the red highlights in the tartan scarf. Oh, and let’s not overlook that beard. Not that you could, if we’re honest. It’s quite a good beard.

Quite a lot – I’m studying fashion design in Italy! To me style means you can express yourself. It’s about playing with fashion, being able to match all the expensive brands with cheaper stuff. Although obviously, more of the cheap stuff!

Hannah Beer is a student at University College London. She studies Italian and German. In her spare time Hannah enjoys eating red velvet cupcakes and banging on about feminism. When Hannah grows up she’d like to be Audrey Hepburn – this may prove difficult but let the haters hate. Hannah looks a lot like Audrey Hepburn so she’s half way there.