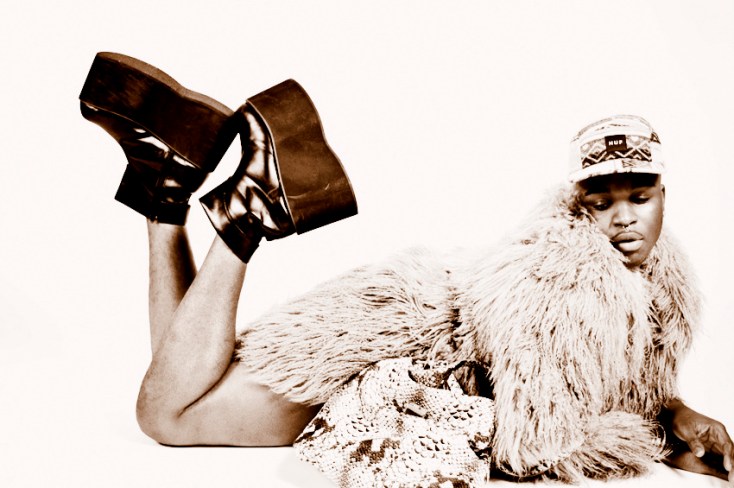 The return of David Bowie to music this year caused an understandable amount of fuss.  As one of the biggest names in the last half century of British music it was always going to.  But I found myself rather disappointed.  Not only was the music not really to my taste – too many guitars – but Bowie himself these days just looks so…normal.  Gone is the gender bending flame haired sparkling sylph from outer space, to be replaced by a man whom you could pass in the street without blinking.

To me this is a sad sign of the times.  For while our female popstars can play with their bodies, their images and outfits, challenging ideas of gender, sexuality and convention, modern male British popstars are, for the most part, frustratingly anodyne in their image. Most of them dress (or to be precise, are dressed by their management) essentially like Topman just threw up all over them.

This has obviously not always been the case, and if you think about it, it’s very odd that in 21st century Britain it has become the norm.  We live in a society where the full range of sexuality is widely accepted.  Yet our male popstars do not reflect that.  It’s amazing to think that Bowie could dress as a woman on the cover of Hunky Dory and the Man Who Sold the World, could dress as Ziggy Stardust and set off the wild and glittering scenes of Glam Rock and the New Romantics – where men could dress as extravagantly as they liked and still be adored.  All this in an obviously less accepting society, in which newspapers created moral panics about the AIDs as a ‘gay plague’ and you weren’t allowed to teach children about homosexuality in schools.

What changed?  How did we get from Boy George, Steve Strange and the New York Dolls to Olly Murs and One Direction? The preferable explanation would be that, while at that time using ideas of minority sexuality and playing with gender was challenging and provocative, but that these days it is so accepted as to not be interesting.  But I fear this is not the case  Partly I blame it on Britpop.  The laddiness of this music I think helped to change what we expected our male popstars to look like, now interested in beers and mates and birds.  Perhaps it’s also down to a wider trend in society whereby women are for some reason ‘allowed’ to be more experimental in their sexuality, to kiss girls at parties and so on, while men feel they have to remain more rigidly heterosexual or be labelled with that word which has come to mean anything bad, ‘gay’.

Or perhaps it’s because modern popstars are far more closely managed and directed than ever before.  The men of the 70s and 80s could, to an extent, dress however they wanted.  But all big popstars will now have whole teams working to manage their ‘brand’, choosing their clothes, monitoring their social media output and organising their press appearances.  Such tight management will obviously not want their stars to be too unusual if it risks lessening their sales at a time when fewer and fewer people are bothering to pay money for music at all.  And if these male popstars are aiming to appeal to a lucrative teenage girl market, anything too gender bending might undermine their appeal. (The fact that these teenage girls spend most of their time writing stories in which these male popstars have sex with each other seems to be studiously ignored by these teams.)

So, is there any hope for a popstar who doesn’t just look like he’s been given a River Island gift voucher?  I would say yes, you just have to look for them a bit harder.

One area is the vibrant and lurid world of K-Pop.  The world has glimpsed this multi-coloured musical scene in the form of Psy, but he’s really only the tip of the iceberg.  If you want to see men dressing in a way that’s anything but normal, try Big Bang with their excellent ‘Fantastic Baby’.

In Britain we have the constantly underappreciated Patrick Wolf, who is essentially every gay man’s dramatic happy-sad singer of choice, with cheekbones worthy of the Thin White Duke.

Outside of the pop scene a lot of play with gender can be seen in the burgeoning queer rap scene that is emerging from New York, descended from the Ball culture portrayed in seminal documentary ‘Paris is Burning’ and plundered by Madonna for her pop classic ‘Vogue.’  Artists like Mykki Blanco and Zebra Katz are turning our expectations of hip hop on its head.  Try my personal favourite Cakes da Killa as an introduction.

And for someone brand new and, I think, with a bright future try Jake Emlyn, London rapper whose breadth of wardrobe is teamed with a truly intricate flow.

And we can keep hoping that one day a male popstar will emerge with razorblade cheekbones, provocative stage outfits and mesmerising hair who sings about heart break over icy synths and staccato drumbeats.  One day….

Nick Cordingly was recently dragged kicking and screaming out of the Cambridge bubble. He is now in the enviable position of trying to find a use for a history degree when all he wants to do is listen to pop music and tweet. Nick also has a tumblr which he should update more regularly. Said tumblr can be found here.